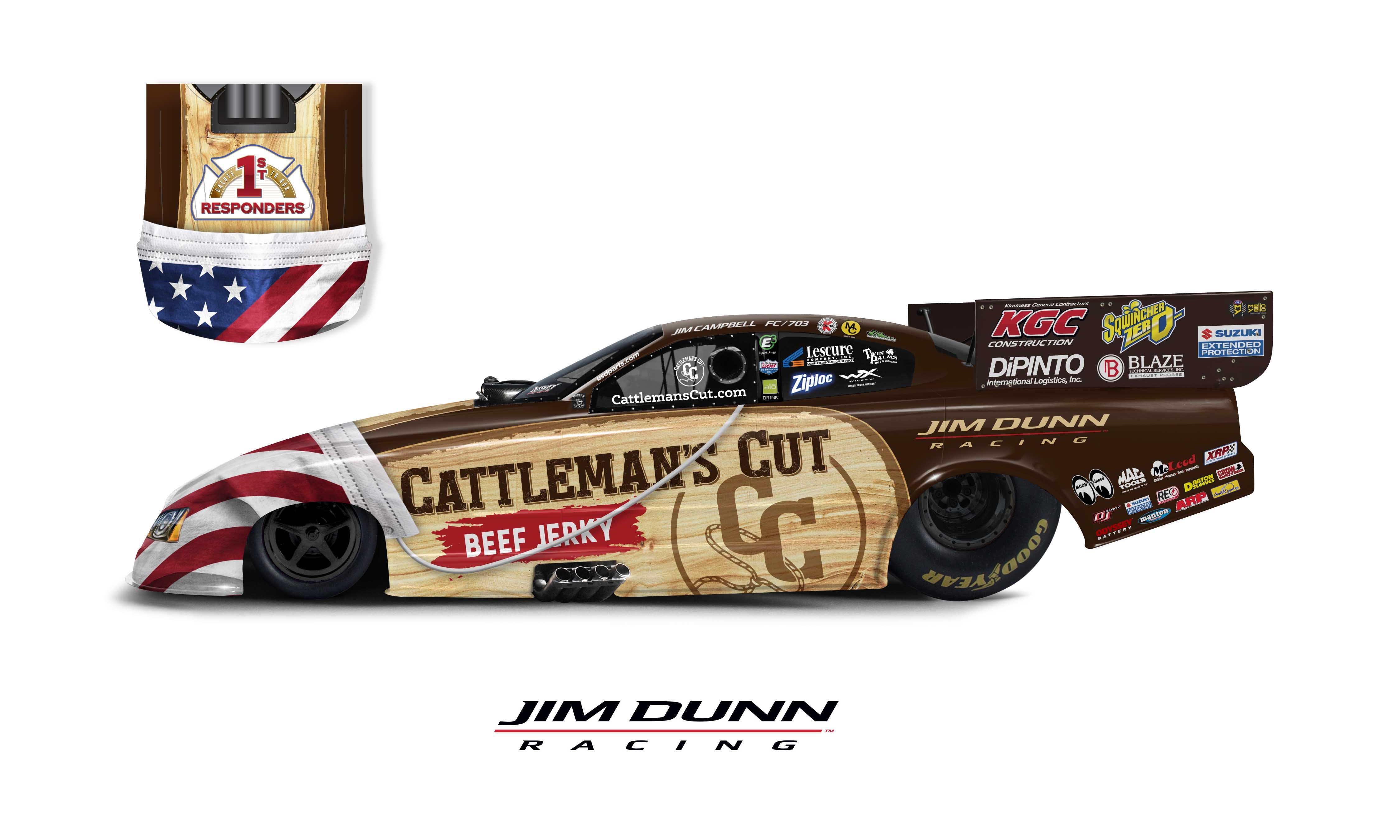 Cattleman’s Cut Beef Jerky is recognizing America’s first responders in the health profession with a thankful message and patriotic mask design on the front of Jim Dunn Racing team’s NHRA nitro Funny Car during the upcoming races at Indianapolis in July.

The cause is one that’s close to the Dunn crew’s hearts, as Johnna Dunn, Jim Dunn’s granddaughter and a part-time member of the team has split her time between the starting line and the front line, where she’s a first responder at St. Jude Medical Center in California responding to the codes in the emergency room. “The only thing more important to me than racing is saving lives,” Johnna Dunn said. “The fact that our car can honor the bravery of the very people I work with when I leave the track is pretty special,” she added. 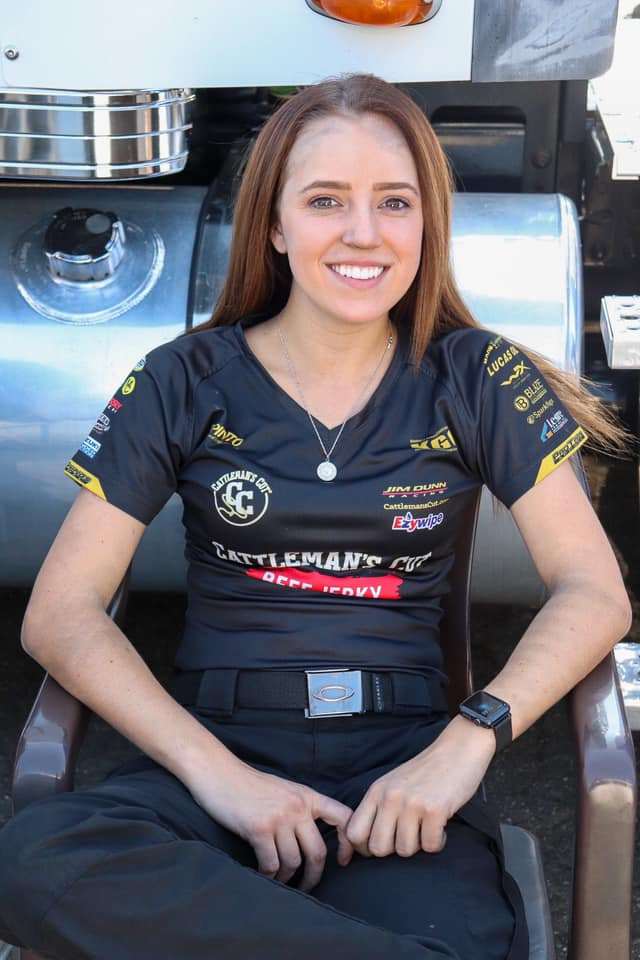 With the NHRA’s return to the drag strip having its first two races broadcast nationally on the Fox network Sunday, July 12th and 19th, the brand is planning to share the message with thousands of fans tuning in to watch the races.

The Cattleman’s Cut Funny Car team lead by drag racing Hall of Fame member Jim Dunn has been working the past several months for the return of racing.  Jon Dunn, Team Manager, expressed his appreciation for working with the meat snacks brand to communicate a positive message to fans and health workers.  “Cattleman’s Cut reached out to see if there was a special way to recognize and thank the many people across the U.S. that have helped during the pandemic. With people in my own family working in a hospital, it means a lot for our team to share this message.”

Qualifying for the NHRA’s first race post the season’s postponement will begin in Indianapolis on July 11th.  Fans can tune in to the action on the Fox network Sunday, July 12th from 12-2:30 pm ET, and again on Sunday, July 19th from 12-3:00 pm ET.  The team will also post content on Facebook and Instagram via @CattlemansCut.