KNOCKING OFF THE RUST? NOT FOR ROBERT HIGHT AS HE GOES TO NO. 1 AT PBIR 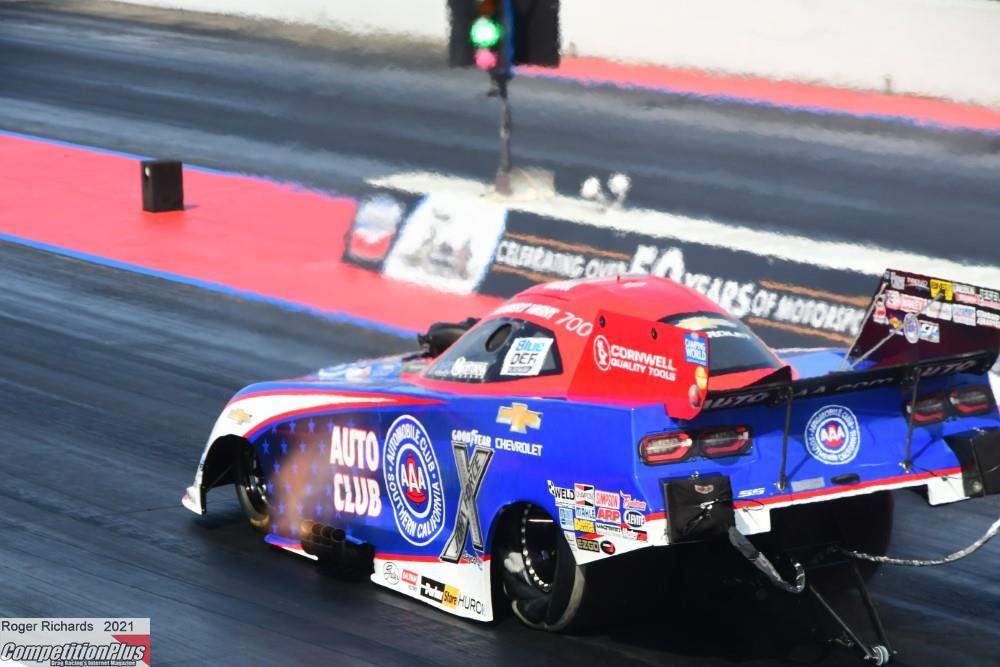 Two-time Funny Car champion Robert Hight wouldn't come out and call it PTSD. But on the first day of drag racing, since his team suspended operations a year ago as the worldwide pandemic stopped drag racing in its tracks, the President of John Force Racing says he still feels the after-effects of being the man John Force clung closest to during the downtime.

"It's not something I want to do again; I'll tell you that, "Hight admitted. "It's like every day is Groundhog Day, the movie. It just never ends. It's the same stuff over and over and over again."

Let the record reflect; Hight's happy place is at a drag strip - even if it is just for testing.

"There's nothing better than the side of a racetrack," Hight explained. "You get here, and you see this racetrack and shows you how bad you've missed being here and getting around all your crew guys. That was cool; last week, we spent some time in Indy with all the teams, and then it started setting in. It's like, 'Wow, this is really going to happen now. After a year, we are going to get back to what we love to do, and that's racing."

Almost as hard as carpooling with Force inside and outside of the office was remaining silent as the rumor mill rampant around his team.

"Just very fortunate that all the sponsors have stuck with us," Hight said. "There were all kinds of rumors that Auto Club was leaving, and that's the kind of stuff that drives me absolutely crazy because it's just all BS. There's not a better sponsor in all of motorsports than Auto Club and they're here with us long term."

Facing the unknown of what was going to happen to drag racing is what Hight said bothered him the most.

"It's painful too," Hight said. "Just as a driver, you take a normal month and a half, two months off during the off-season, and you're back usually testing in January. Well, you're behind the car from that time off. It's like these are rocket ships. They're fast."

Hight settled back into his groove, securing the top testing elapsed time on Friday at Pro Winter Warm-up by laying down a 3.929, 325.61.

"I'm just trying to get back in the groove of driving and catching up to this car that's going to seem like it's probably going 400 miles an hour," Hight said.

Hight realizes nothing replaces time behind the wheel of a 10,000-horse fuel-burning Funny Car, but his hobby of target shooting provided a nice diversion.

"I worked on reaction times, and I did a lot of shooting," Hight said. "That's some hand-eye coordination and some reaction time there. Hopefully, some of that's helped a little bit. It's also mental. You've really got to focus to shoot well."

Friday, Hight was shooting just fine back in his familiar office.