LINE SURPRISES EVEN HIMSELF WITH TOP SPOT AT INDY 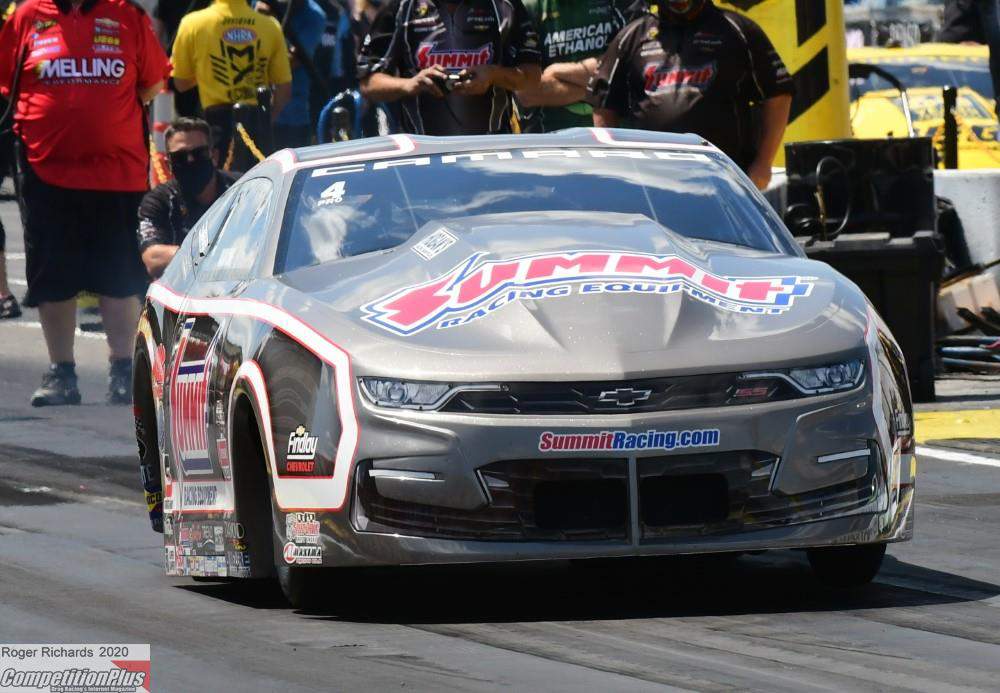 When Jason Line lit up the scoreboard with the quickest pass of the afternoon Saturday at Lucas Oil Raceway, no one was more surprised than Line himself.

“Honestly, I didn’t really expect it,” Line said with a laugh.

Line led all competitors on Saturday during NHRA’s reboot race after nearly five months away, running a 6.626-second pass at 206.10 mph in his Summit Racing Equipment Chevrolet Camaro at the E3 Spark Plugs NHRA Nationals in Indianapolis.

Line put down his chart-topping lap in Q1 and immediately began his preparation for Sunday, sitting out the second qualifying session as his time from earlier in the afternoon held up for his 56th career No. 1 qualifier and first of the season.

“I knew we would be better than we had been. I ran terrible in Orlando and I was the slowest of all the KB cars. So we went back and reevaluated everything and we’ve got a couple of new things and I knew we’d run good,” Line said. “I didn’t know that we’d be able to be No. 1, but the truth is any of those top six, seven, eight cars, if they happen to kill it on the right path, then they’d be No. 1. So we are all close. But the Summit car is on the pole, so it was a good day.”

Line spent much of the break between races testing alongside his KB Racing teammates, traveling to Orlando, Darlington and Mooresville between February’s shutdown and this weekend. They also put in some work in the shop, but nothing beat good, old-fashioned on-track testing.

“We probably did more testing than dyno pulls. They’re important, but the truth is there’s not a ton of fruit left here right now,” Line said. “And with everything that is going on, we certainly didn’t have an abundance of money to spend on testing, but we tried to make the best of what we had.”

While there was plenty of action at the top of the ladder, there was even more close racing at the bottom as Alan Prusiensky held off Mason McGaha and others to claim the final spot on the ladder.

Line will face Prusiensky in round one on Sunday as the veteran racer returns to action during his rather unorthodox farewell tour after announcing that this would be his final season earlier this year.

“Honestly, I hadn’t really thought about it. This certainly wasn’t how we scripted it, but it really is not that big of a deal,” Line said. “In the grand scheme of things, with everything going on, me missing a few races, it doesn’t really mean anything. The fact that we could still come do this, we’re beyond fortunate.”