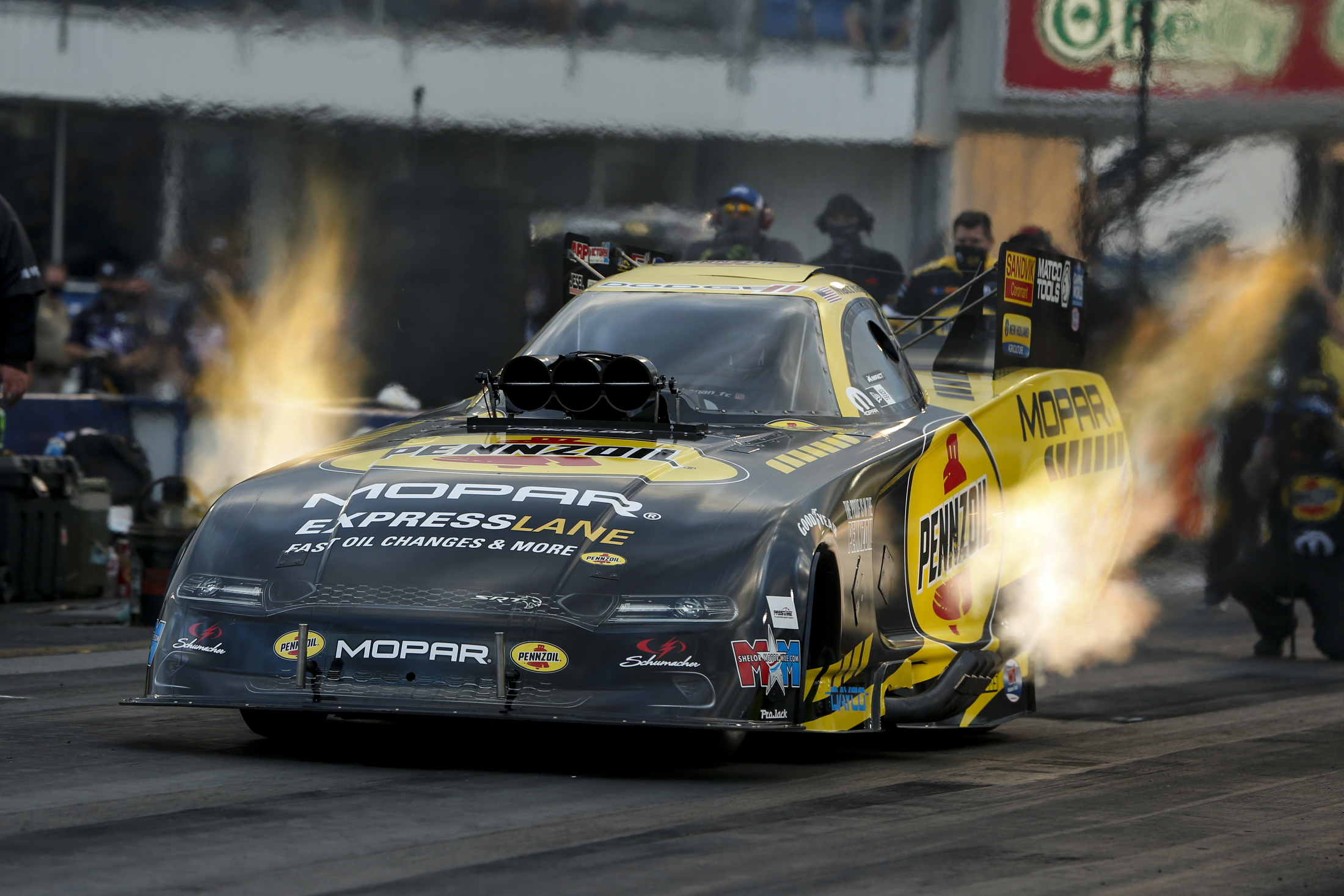 Nothing seems to be slowing Matt Hagan lately.

Hagan clocked a 3.860-second elapsed time at 328.54 mph to take the No. 1 qualifying spot on the ladder. He gained five bonus points along the way, which benefits the veteran driver who came to town in the points lead.

“Yeah, 100%,” Hagan said about how helpful it is to pick up bonus points. “In all seriousness, we got a really great race car. It’s been running well all season long and it's one of those things where the confidence has just grown every race. We made up a lot of points and a couple of races here on Jack (Beckman). Finally took over the point lead last race, even though we had a really close final, I got left on and it’s just like, ‘golly man, like it's getting so tough.’ It's just kind of one of those things where both these cars went .88 with a 4 and one went .88 with a 6.

"It's just freaking bracket racing with a Fuel Funny car. But that just shows you how competitive these crew chiefs are, and these guys are. There is no opportunity to just come in and slack one round. Every round counts so I'm going to learn something every time. I really love our kind of mojo right now.”

This was Hagan’s 40th career No. 1 qualifying position. Hagan arrived in Dallas with a 16-point lead over his Don Schumacher Racing teammate Beckman and 34 point over his other DSR teammate Tommy Johnson Jr.

“The guys are really clicking and everybody's getting along, and nobody's hating their job and don't want to be here even though we're doing well,” Hagan said. “I've had years like that where even when you're killing it, if there's somebody that pulls the group off. All of our guys are working great together, and I'm just having fun and I'm excited. We’ve been in this situation several times and won a championship with Dickie and we've runnered-up before and we're just always in the hunt.

So, I'm just excited to be back here. I know Dickie’s licking his chops and Mike Knudsen, they're really working well together man. That's the synergy of those two really, back, and forth and Dickie letting Newt do some stuff on the clutch to make some of those calls and Dickie's focused on the motor and the engine, the power. Just watching those guys and their synergy together has been really cool.”

Hagan is the reigning champion in Dallas, and he knows how important this event is to his title hopes.

“Well, you have to really pay attention out there,” Hagan said. “This is a really good facility and racetrack, but the grooves really narrow out there. When we're out here trying to run record numbers for our spray and grip. What's handed to us as far as this is your race track you have to be really careful as a driver not to over drive a car when they're running hard like that, but these guys are pushing hard.

“So, the facility is great. But you're only as good as the rubber that's underneath you and keeping that thing in the groove. So I think that sometimes when you run it down through there and it looks like this super easy run, it's sometimes a judgment call when you start making corrections in the car and what you're able to do with it. But to see the fans in the stands man that pumped me up. I love it here at Texas Motorplex. The fans are here. They’re enjoying the races. It feels so normal and it feels nice, man. It's a great feeling to be back here and see all the fans come out and really appreciate what we're doing and we appreciate the fans and it’s just a good feeling this weekend so far at the Texas Motorplex. Awesome.”

DSR will attempt to claim its 12th consecutive Funny Car victory on Sunday, a streak that was started by Hagan at the 2019 Dallas event.

Hagan faces Todd Simpson in round one.