NO SOPHOMORE JINX FOR NHRA ROOKIE OF THE YEAR JUSTIN ASHLEY 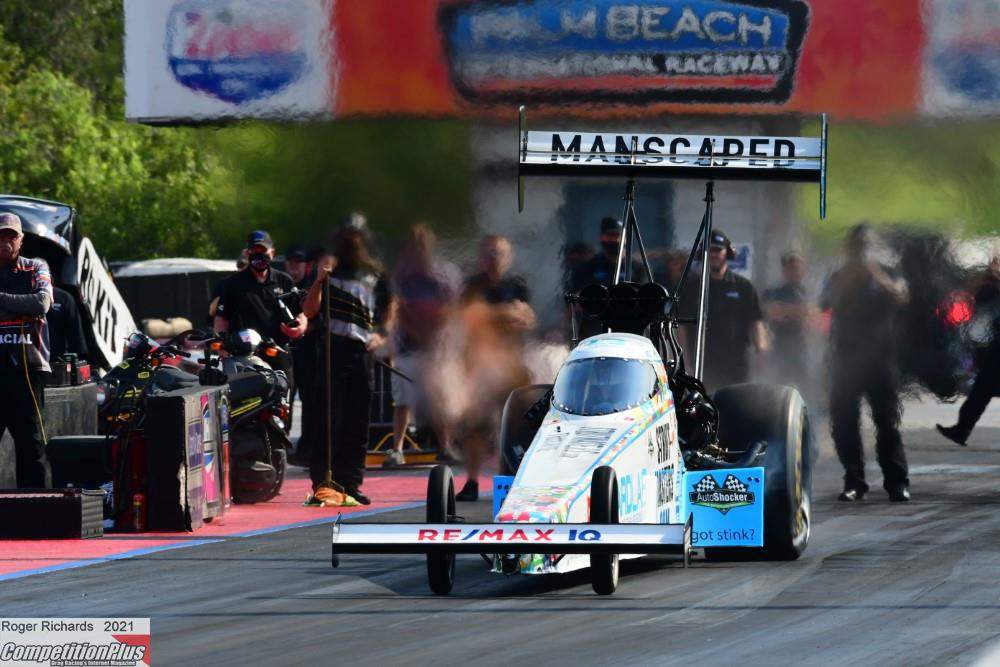 If you believe Justin Ashley is concerned about a sophomore jinx, you're greatly mistaken.

"I'm not concerned about that at all," Ashley, the NHRA's 2020 Rookie of the Year, said. "Nothing's really going to change from a driving perspective compared to last year. I just have to continue to focus on doing my job and not worry about all that outside noise or jinxes or anything like that."

New for 2021 is the rookie whisper, Mike Green, who tuned Austin Prock to the 2019 Rookie of the Year honors with John Force Racing.

"We brought in Mike Green for a reason," Ashley said. "We're confident that he's going to take our program to the next level. He's just awesome in every way like this whole team, and I'm just looking forward to being a part of it."

Ashley said he and Green communicated multiple times about his driving style and Green's tendencies in tuning. This weekend the two have worked hard on just the first day of testing, finding their one-to-one common ground.

"There was quite a bit of back and forth in terms of my driving style but in terms of how he tunes the car," Ashley revealed. "I think at the end of the day we're going to work really well with each other. As far as being a driver, I think a lot of it comes down to just doing the same thing every single time you're behind the wheel."

And, it was equally important not to get intimidated by Green's past championship successes.

"When I first learned that everything was finalized and we hired Mike, I know the kind of experience that he has and the success he's had," Ashley said. "I know that he's a world champion. At first, maybe I was a little bit intimidated, but after I met him, all that went away. I just know he's just a cool dude, a good guy, and I'm looking forward to furthering our relationship."

It's been an off-season, chock full of adjustments for Ashley, who is a successful real estate developer on New York's Long Island. The fix and flip industry was greatly affected by the global pandemic.

"COVID-19 threw a pretty big loop into things from a business perspective, first of all, being in the fix and flip business and its effect on the real estate side of things," Ashley explained. "As far as the race team, I would have liked to spend some more time in Indianapolis, spend some more time with the team, spend some more time around Mike. But because of COVID-19 and a few other things that happened, that kind of made things a little bit more difficult than usual. But at the end of the day, we're all dealing with the same circumstances. We're here. We're fortunate to be here, and we do the very best we can with the circumstances that we're dealt."

Despite all of the obstacles, Ashley stayed true to his working regimen to remain sharp behind the wheel. However, when the car fired on Friday morning at the PRO Winter Warm-Up, it was the first time since the season-ending NHRA Nationals in Las Vegas last October.

"It's been a combination of different things that I've tried to do," Ashley said. "First, on the physical side of things, I've lost weight, maintained a steady diet and make sure I eat and eat the proper nutrition and then work out and make sure that I'm physically in shape. And then mentally, spend my time visualizing making runs in the car in my head so when I come here to West Palm, when I go to Gainesville, I've already made a bunch of laps in the car, and I feel more than comfortable already."