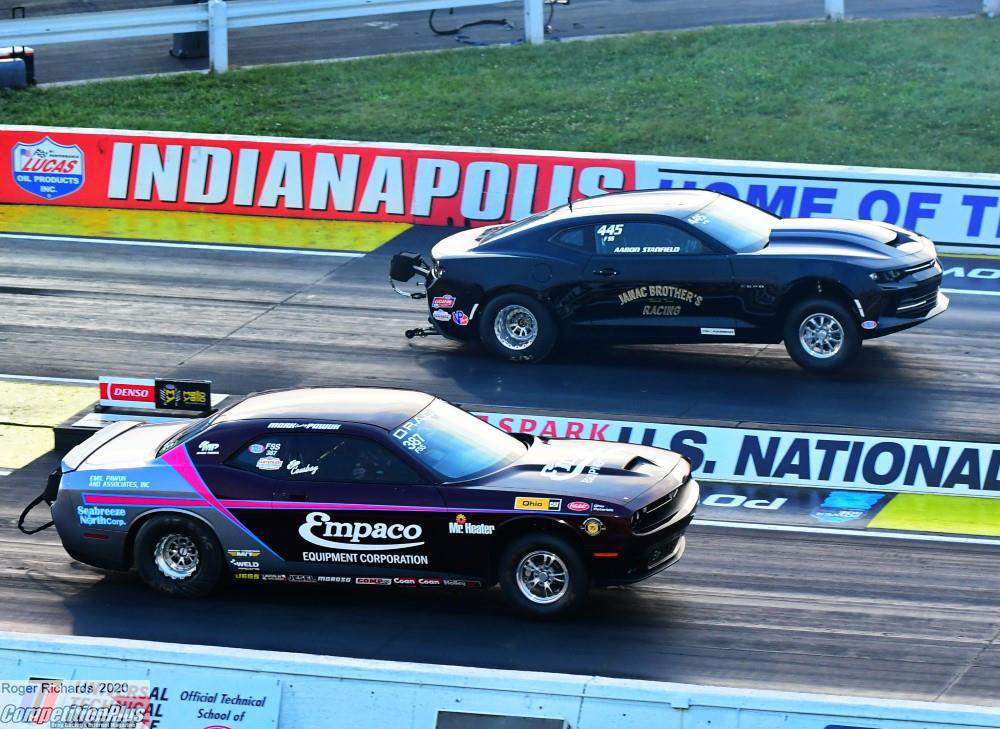 Consider noted drag racing historian and soon-to-be Hall of Famer Bret Kepner as one of those paying attention to the brewing controversy surrounding the NHRA's Factory Stock Showdown and the decision by the leading Ford Cobra Jet racers to skip the most prestigious drag race in the world - the NHRA U.S. Nationals.

For Kepner, the connection is far more than historical. It's personal.

Kepner, along with then ADRL President Tim McAmis, was behind the creation of the ADRL SuperCar Showdown Series in 2012, a style of racing added to the NHRA's curriculum later that same year as the Factory Stock Showdown, a race-within-a-race at the NHRA's U.S. Nationals.

As Kepner sees it, the future of his brainchild is at a crossroads. It can (a) run all-out to the point it runs itself to extinction or (b) keep backing up to keep the factory production race car format alive.

"You've got two groups out there; you've got one that has never faltered from the original concept," Kepner explained. "When I say original concept, I mean by the third year, it was obvious that these cars, which started at 8.50s with my program, had already exceeded any performance which could’ve been foreseen in their wildest dreams. At least, not in such a short period of time. But, when they started going eight-teens, it was ridiculous. Then, they went from 7.90s to 7.70s in three months."

While racing in the much more rules-relaxed NMCA arena, Drew Skillman has gone as quick as 7.559 seconds.

"NHRA made it known, even when the cars were going in the low eights, that they wanted to keep it an ‘eight-flat, 170 mph class’," Kepner explained. "The reason they wanted that was to keep competition close. That’s totally understandable because, just like every other heads-up class, we found out very early on the cars are not close in performance. The Fords are just brutal, the Camaros are pretty decent and the Dodges don't have a chance if you just let them run all-out…if you just ‘let ‘em eat’."

As Kepner sees it, the real crossroads in the class's future became apparent when racers began migrating to the NMCA as an alternative to the NHRA's constant policing for parity.

"NMCA originally mirrored the NHRA rules changes until they started to hear all the racers, (or at least the Ford guys), say, "Hey! If you want us to show up, you can't keep treating us like the NHRA does. That's one of the reasons we're over here!", Kepner explained. "They heard it from Fords and Chevys. There aren’t many Dodges to go around but they heard it from the Fords when they get slowed down. They heard it from the Chevys when they would jump out in front and then get slowed down. Finally, at the beginning of last year, the NMCA basically said, 'Let them eat’."

Extinction happens when the class exceeds the 7.50-second SFI chassis certification limitations mandated by both associations. Sources very familiar with this format have told CompetitionPlus.com the remedy is not as easy as adding a roll cage. The current Factory Stock Showdown cars are built with the chassis based on a stock floorpan, which equates to what Pro Stock was in 1979.

"So, as soon as the cars run 7.49, they cease being what they were designed to be," Kepner explained. "They will have ceased having a reason to exist. The cars will no longer be something straight from the factory but, rather, a tube-chassised race car that doesn’t even visually resemble the production model. Right now, some of the manufacturers don't really care about this class as it is. There was a brief period, in 2012 and 2013, when it was at the forefront. This would simply END it."

NHRA staged their first impromptu Factory Stock Showdown event in 2012. Within the two years, the Big Three were all heavily vested in the program. As Kepner sees it, there's a measure of history repeating itself.

"In relation to the class presenting cars which can be purchased from a factory, everybody complains about the fact that there are no VIN numbers on the modern Cobra Jet, Drag Pack Challenger and COPO Camaro," Kepner said. "But let's remember the Hemi Dodge Darts and Plymouth Barracudas in 1968 came with a piece of paper taped to the window which plainly stated, ‘This car is not for street use. It cannot be licensed’. So, in fact, we're dealing with the exact same thing a half-century later.”

In his time designing the regulations and technical templates for the SuperCar Showdown, Kepner continually had key executives of the American manufacturers lobbying for rules adjustments. Now, instead of the executives, it's the racers seeking the rules packages to fit their agenda.

Kepner believes the day has come for these same racers to determine if they want to kill the format or work to preserve what was set in motion eight years ago.

"The players in the class have to ask, ‘What are we going to have left?’," Kepner explained. "If they run 7.40s or quicker, we’ll be left with a class which is pretty much like Pro Stock that it appeals to only the most diehard gearhead. So right now, who's right? Do you ‘let them eat’? The other big question is, does anybody have a game plan if we DO let them eat?”

Or, as Kepner ponders, should the racers then consider the entertainment factor? Maybe it's time to take the wheelie bars off the cars and let that be a natural policing agent.

"With nine-inch wide slicks, half the challenge to racing the cars has always been just getting them off the line," Kepner explained. "That's where it stands right now and it's going to have to go one way or the other."

Unfortunately for Kepner, and those who shared his vision, one way presently allows the class to remain functional in 2021, and the other runs it into a wall.

Time will tell which way it goes; seven-point-four-nine seconds to be exact.

For the first time in the magazine's history, a hat is available for purchase. These new Trucker Style hats proudly show off the https://t.co/Reh86n8GFm label, the iconic name where you've gotten your news. #CompetitionPlusApparel #DragRacingNews - https://t.co/HWLoVma0oL pic.twitter.com/23XHTIJeIy