PETER BIONDO: BACK TO BACK WINS AND BACK TO HIS ROOTS 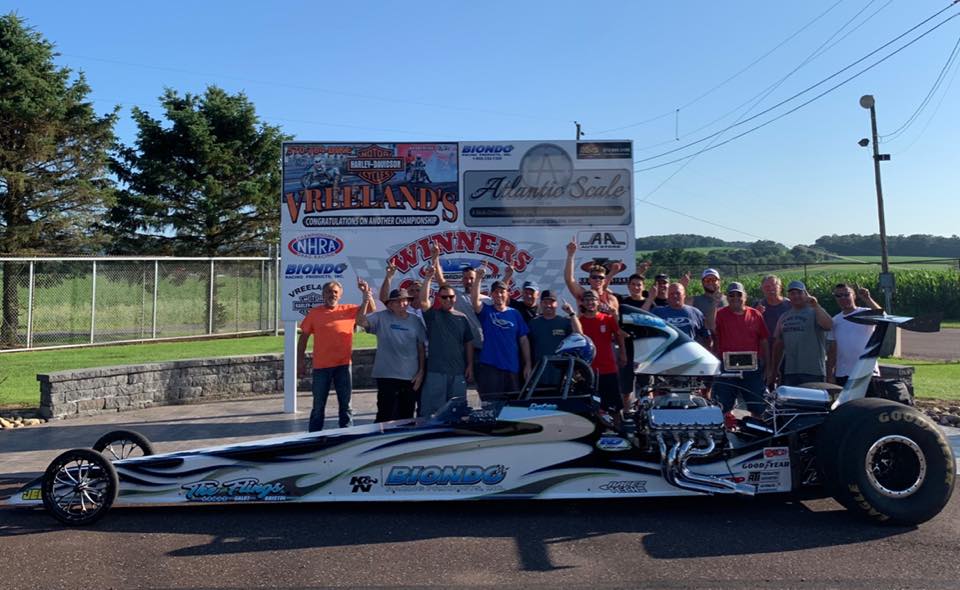 Seven-time NHRA World Champion Peter Biondo is known by his racing peers for winning NHRA Wallys and chasing bracket racing big checks. More recently, Biondo has shifted his focus to family life and business. With that, his passion for chasing big trophies and big checks had to take a back seat. But as Alexander Graham Bell once said: “When one door closes another one opens.”

Since getting married to wife Emily Biondo; a talented racer herself; the couple settled down in Queens, New York, and are currently raising their four-year old son Saverio, and two-year old daughter Olivia. Combining this with promoting and managing the Spring and Fall Fling events; a brainchild of Biondo and long-time friend Kyle Seipel; it doesn’t leave much time to play,

“You get to a point in life when you have to set your priorities because there simply isn’t enough time in the day,” said Biondo. “Right now it’s mostly about the production of our Fling events and family. I also spend a lot of time at Biondo Racing Products, so there isn’t much time to travel and get behind the wheel of a race car.”

Although he admits to missing the challenges and excitement of chasing the bigger trophies, he found a way to tap into his passion of drag racing more locally at Numidia Dragway, located in northeast Pennsylvania. Owned and operated by the DiMino family, Numidia has a strong bracket program that guarantees $2,000-to-win on a weekly basis.

“I’m having as much fun as ever racing on the local level,” he said. “The racers at Numidia are as tough as anywhere and DiMino family provides a super racer friendly vibe. It gives me the opportunity to feed my desire to race and at the same time spend time with the family.” 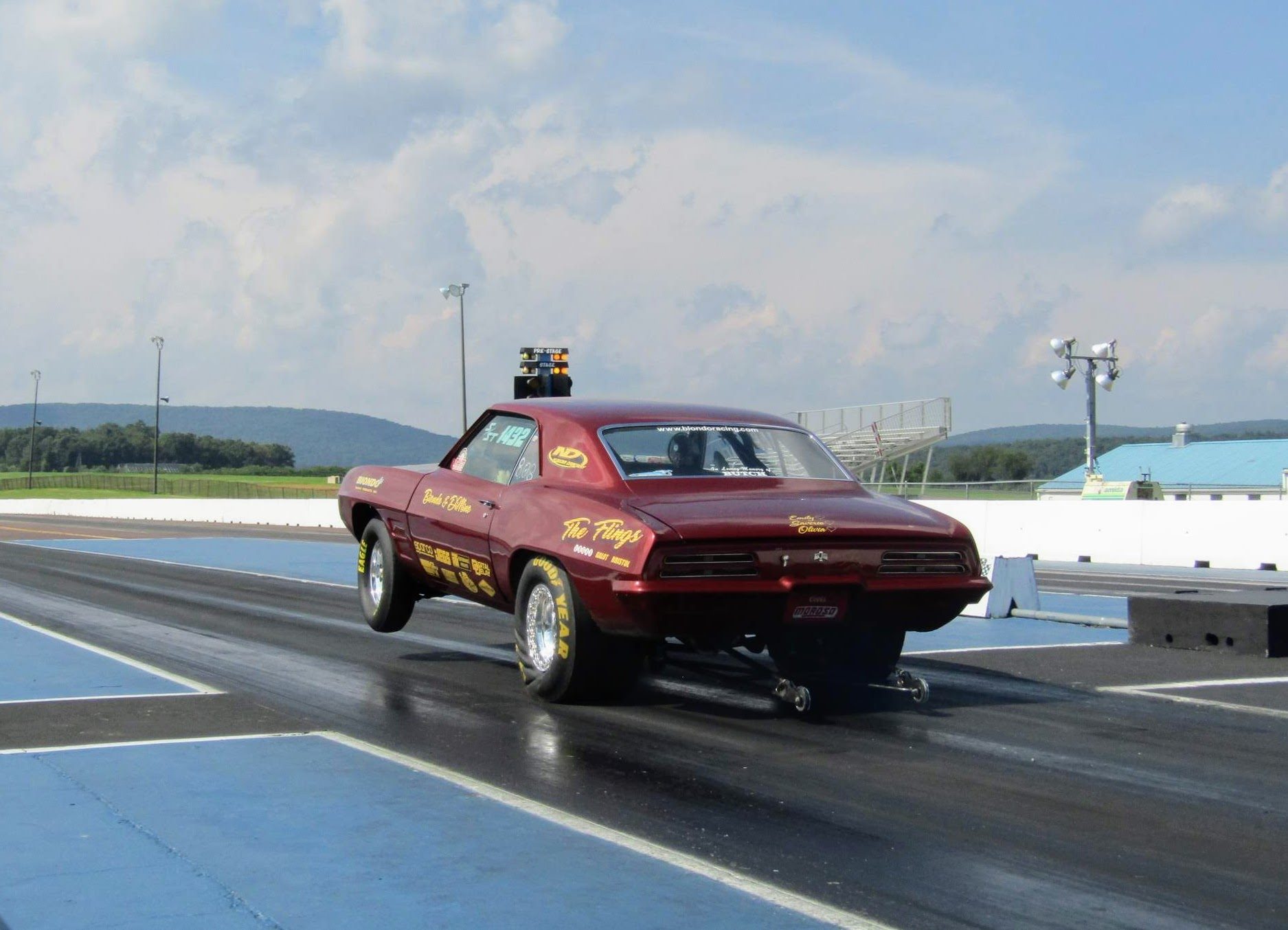 Recently, Biondo took the ride from New York to Pennsylvania with his family to compete and landed himself in the winner’s circle on back-to-back weekends. First, driving a very familiar 1969 Firebird that his father Sam competed with for over four decades, a vehicle the family restored in his honor, Biondo scored a $3,000 No-Box win with a string of bottom bulb reaction times ranging from .009 to .023.

The following weekend he hopped in his own familiar Racetech dragster for a $2,000 win in Super Pro. That weekend, a string of dead-on 7.21 elapsed times and low-teen reaction times was what was necessary to get through a tough Numidia Dragway Super Pro field.

“I can tell you even though the checks aren’t as big, the feeling is the same when the final round win light comes on,” said Biondo. “In my mind, when I was staging up for the final round both weekends, I couldn’t tell you if I was running for $100,000 or $2,000, the approach and the excitement for me is the same. Racing is fun and we have to remember that. We all get caught up in the thrill of chasing big checks, and there is nothing wrong with that, but we need to remember the local tracks and the exhilaration they bring as well.”

Making the second weekend even more special was his business partner, Seipel, winning on the west coast at the same time at the Western States Championships. “Kyle has battled some serious health issues in the past 12 months and to see him back on track and back to his winning ways really meant more to me than winning myself,” said Biondo.