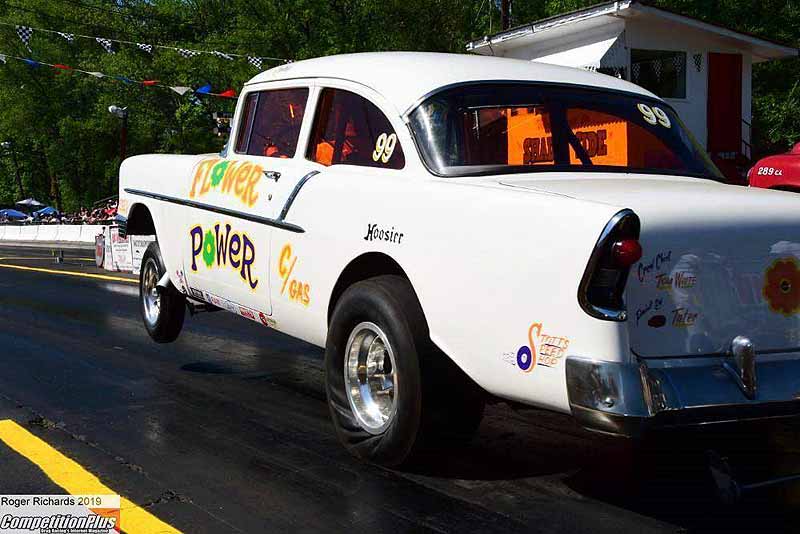 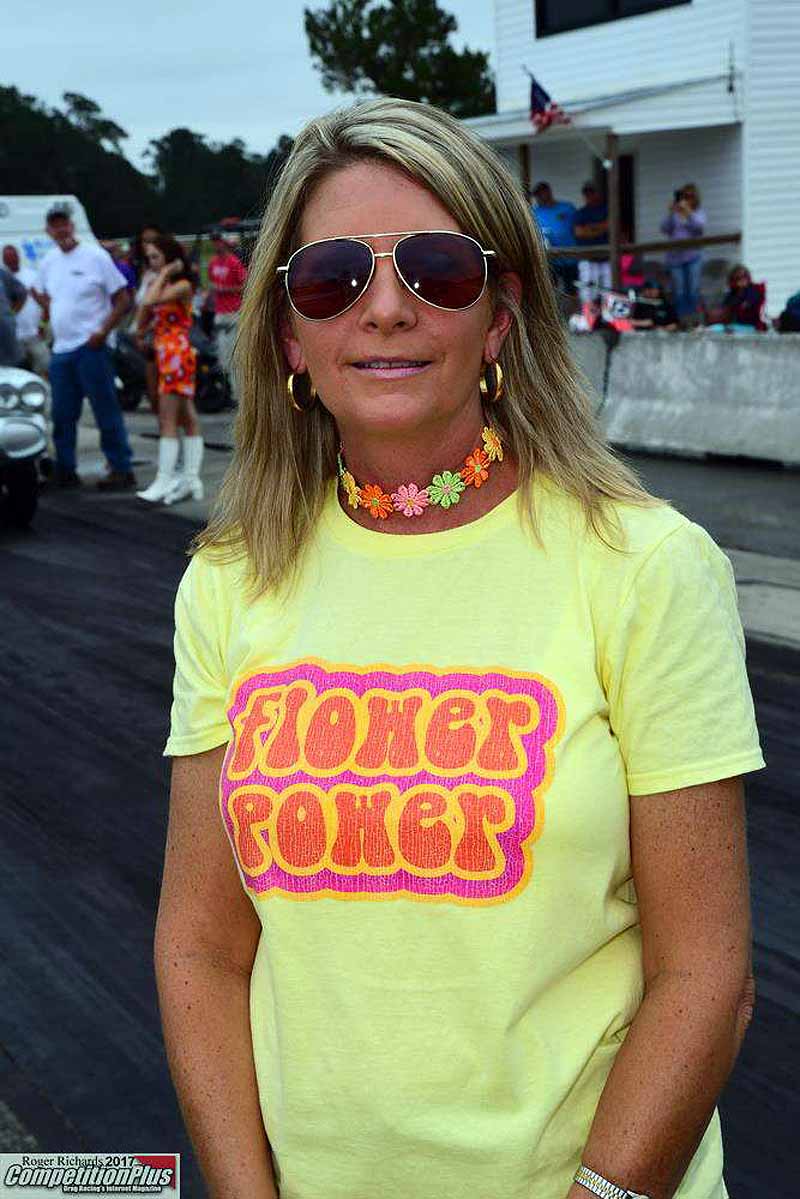 For Cynthia Phillips, drag racing had been a part of her life since 1985, when she and drag racer Quain Stott began dating. Phillips entered the Southeast Gasser Association's C/Gas division four years ago, and in a short time, proved to be a talented driver by finishing in the top ten, as high as fourth for the last two seasons.

Phillips announced recently she will vacate the driver's seat as she battles cancer.

"It's pretty rough because she was really enjoying it," Said Quain Stott, her boyfriend of 36 years. "She was just getting her racing started."

Phillips chooses not to speak publicly about her situation and prefers Stott to be her spokesperson.

On January 20, 2021, Stott made a post on both the Southeast Gassers Facebook and his page addressing the situation.

"It's now official that Cynthia's health conditions are not going to allow her to race the 2021 season," Stott wrote. "As most know she has been battling cancer now for over a year. She struggled to finish the 2020 season but pushed herself to do it for her fans. Her wishes are to keep the Flower Power '56 Chevy on the track as a car owner so her fans can still enjoy watching it.

"Major Sponsor Don Gray will stay on board to support Cynthia as she makes the switch from driver to car owner. Cynthia would like to thank all of her fans and sponsors for the support of over 30 years as a backup girl and supporting her as a driver in the last several years and hopes you will still support her and her new driver on the SEGA 2021 championship tour. Cynthia don't do Facebook but I will show her the comments that anybody post."

As of this posting, on Stott's page, there have been 551 comments, generated 937 reactions, and has been shared 48 times. In her time as a part of the SGA movement, she gained quite a following, most notably before she climbed behind the wheel of her Flower Power 1956 Chevy. 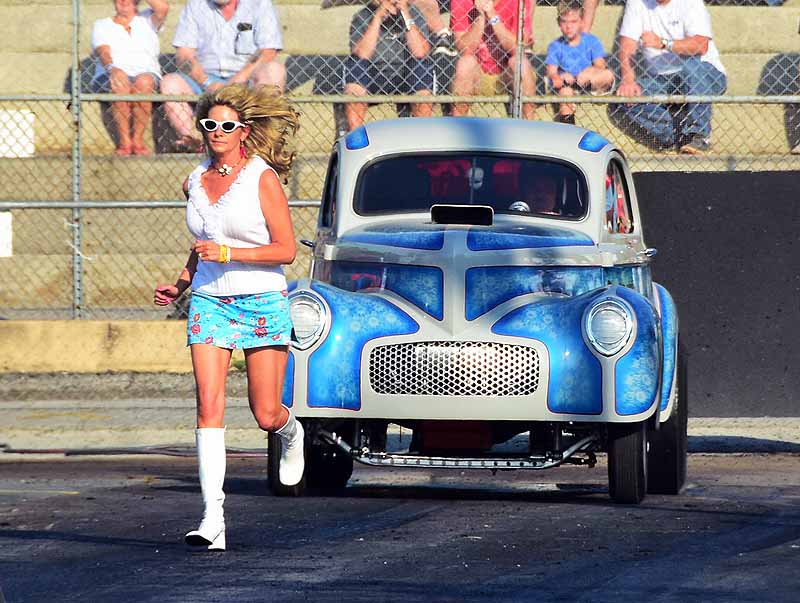 What began as a hobby alongside her beau quickly evolved into a way of life for Phillips. As Stott's involvement increased, so did hers.

Phillips is way more than just a pretty face; she has been a living and breathing driving force in Stott's ascension up the drag racing totem pole.

During Stott's Pro Modified days, she never hesitated to jump in and do what needed to be done, whether it was serving as back-up girl, or wrenching between rounds, or in the Pro Mod years sitting in the car during warm-ups.

In other words, getting dirty and being productive in the pits has been in her DNA.

Stott's foray into the Gasser marketplace only played into Phillips wheelhouse.

When Stott sold his popular Willys to focus on the day-to-day operations of the growing Southeast Gassers Association, Philips stepped forward with her desires to drive and race in the series.

"When she used to warm the Pro Mod up, on jack stands," Stott explained. "She could go through the gears in the Lenco, and she was always my back-up girl. I guess she'd been doing that since 1985. She was even involved in this when we was street racing or whatever. Matter of fact, when she was with me street racing one night when we got arrested."

"I had bought a car in Graham, North Carolina, to resell and was on the way home with it. At the time, we didn't have much money invested in it, and she said, 'Well, it might be a good car. for me."

"We had just started the C/Gas class, and I laughed. Then I looked at her and I could tell she was serious. I said, 'Are you serious?"

"She said, 'Yeah, I wouldn't mind trying it. I've body worked it in my mind my whole life. I know how to do it. I just ain't never done it."

"So we fixed the old car up and I told her, 'You're not going to be one of these that don't know how to do things." 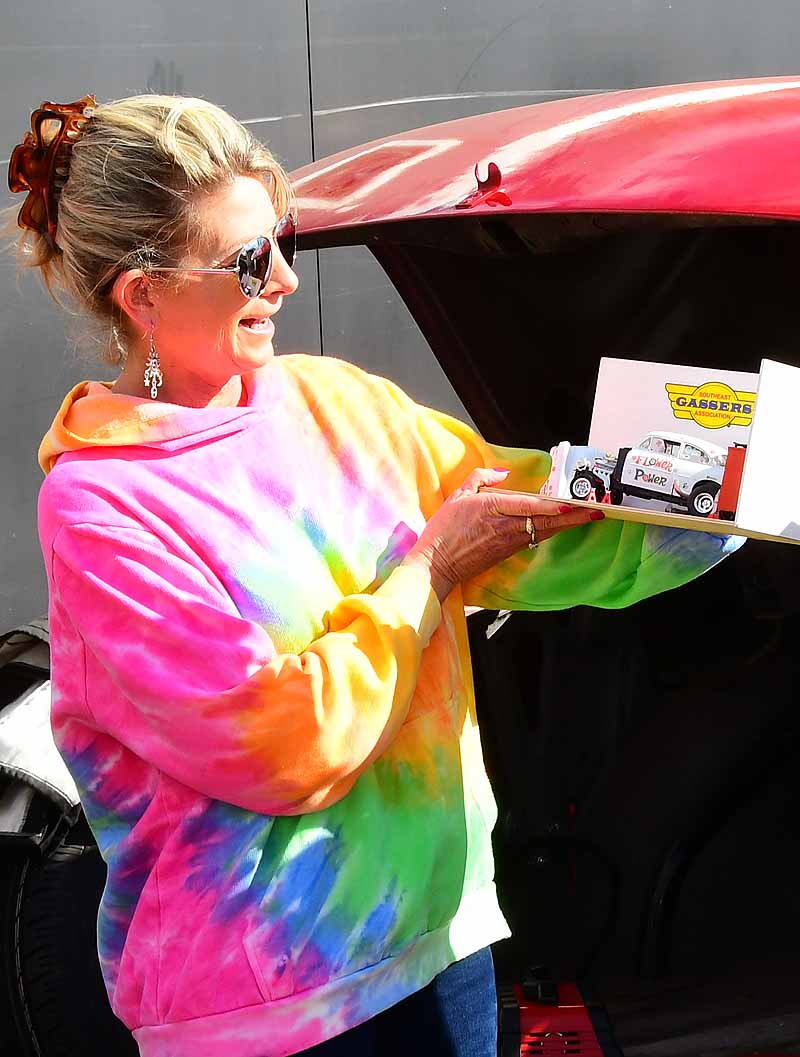 "I'd be on the bottom working on the engine; she'd be on top," Stott explained. "She'd knock pistons in and she always kept my notes. So she knew all about the tune-up. She could probably tune a Pro Mod car as well as I could in her mind, she just maybe couldn't have physically done it. And a lot of the guys used to say she was one of the best at reading a racetrack because she'd been doing this alone, knowing where the groove was and all that. So her racing background was so rich to when we decided to fix her a car."

Stott also said Phillips was adamant if she was going to have a car, her fingerprint was going to be part of the project.

"She did probably 50% of the bodywork," Stott explained. "The first engine, we just bought an old stock limiter engine. But the second engine, she built pretty much herself. I mean, obviously me and Tom (White) were helping her, but she did all the work. I got pictures of her putting it together and all that stuff."

"She said, 'I don't want to look like an idiot my first time," Stott recalled. "We rented tracks two or three different times and secretly went testing. We still tested several more times before she ever raced, but the first two test sessions, we rented Shadyside, and we were the only people there. Didn't want anybody there. She didn't want it. Because she knew what it looked like to look stupid on the starting line because she had seen Pro Mod people come in and do it, couldn't half drive.

"She just wanted to do it," Stott continued. "Then she enjoyed it; she liked it. It was her final goal in racing."

The successful racers are surrounded by talent, and car chief Tom White has been a fixture in Phillips's success since she started.

In four years, Phillips has reached three finals, scoring runner up finishes. Late last season, after it became evident Phillips needed to step away, Stott revealed tough decisions needed to be made.

And so it stands, the team will announce an interim driver on January 30, at the SGA Awards Banquet, as Phillips recuperates.