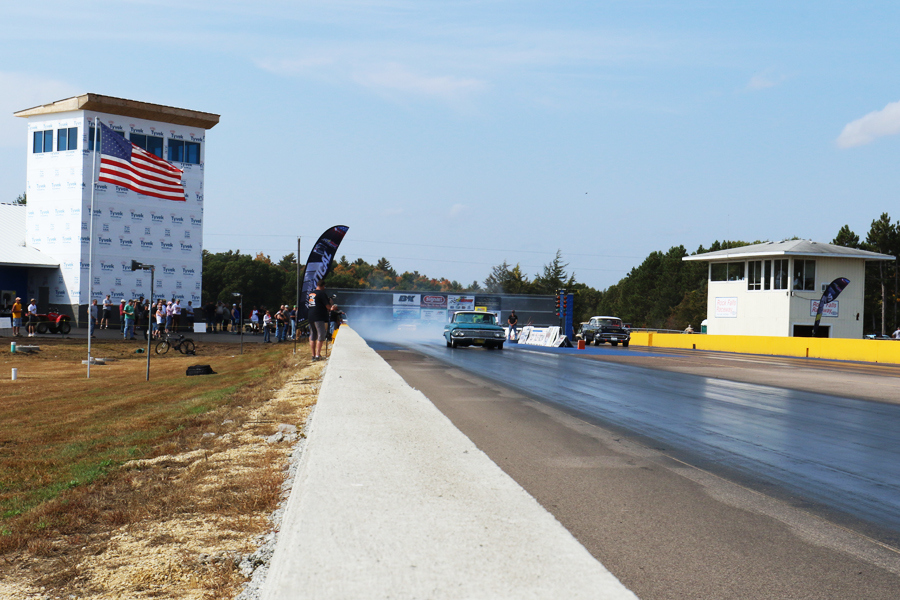 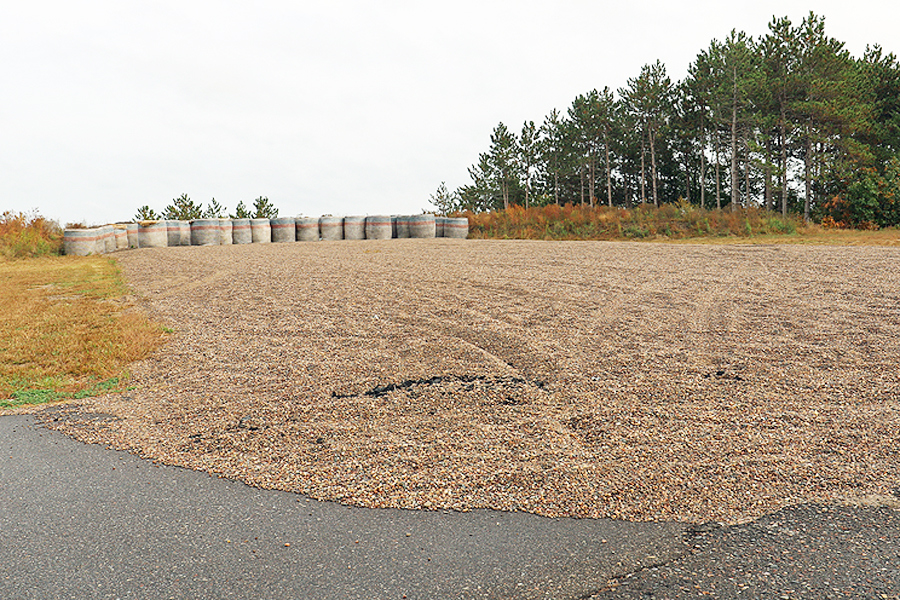 Oftentimes when a motorsports facility changes hands, it is redeveloped for other commercial purposes or as residential subdivisions.

Not so with Rock Falls Raceway, an NHRA-sanctioned drag strip located in the rolling hills just outside Eau Claire, Wisconsin.

Acquired in 2015 by and Jim Greenheck, a Wisconsin businessman and 2018 NHRA Division 5 Competition Eliminator Champion, the track is enjoying a renaissance due to the commitment of Greenheck. That commitment includes significant facility improvements, and a dedication to provide racers and spectators in the region with the "Best Drag Racing in The Midwest".

Opening in June 1969 as Amber Green Dragways, this off the beaten path facility hosted everything from streetcars to regional organizations such as the United Stocker's Association and legendary doorslammer racers including John Hagen and Richard Charbonneau. Fuel Funny Car match racing was also a mainstay until the early 1980s, with Tom Hoover and Don Schumacher among the big names that came to race here. 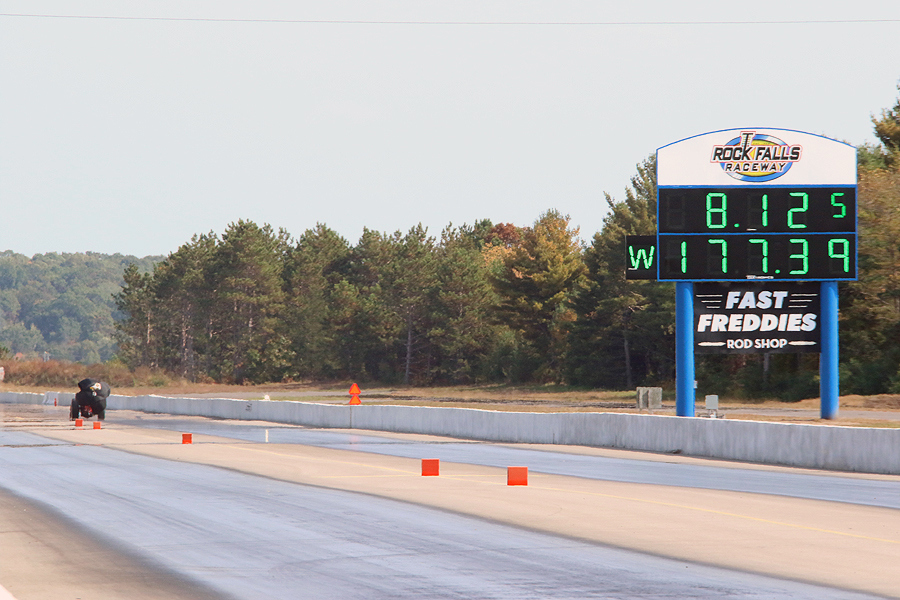 Later, the track was renamed Rock Falls Raceway to reflect its location in the unincorporated community of Rock Falls.  Local class racer Al Corda then acquired the track in 1979. Corda, who later gained notoriety by winning the NHRA Stock World Championship in 1986 and 1997, sold RFR to friend and fellow Division 5 racer Jim Greenheck in 2015.

Soon after taking possession of RFR, Greenheck, who is also the founder and president of CTech Manufacturing, put together a team to formulate a plan to put needed improvements in motion.

With safety paramount, the first thing to get attention was the racing surface. New concrete from the burnout boxes to 330' was laid. The remainder of the track was resurfaced with new asphalt up to the 2100' shutdown area.

Between the 2018 and 2019 seasons, the Armco guardrails were removed, and regulation height concrete barriers were poured. The runoff area was widened, lengthened and inclined, then filled with deep, groomed pea gravel. While these measures should stop any errant racecar, three rows of spaced hay rolls stand guard to prevent them from going beyond the property line.

Accuracy of the timing systems were also given a priority. This includes updated Compulink timing hardware and systems, along with state of the art LED score boards. 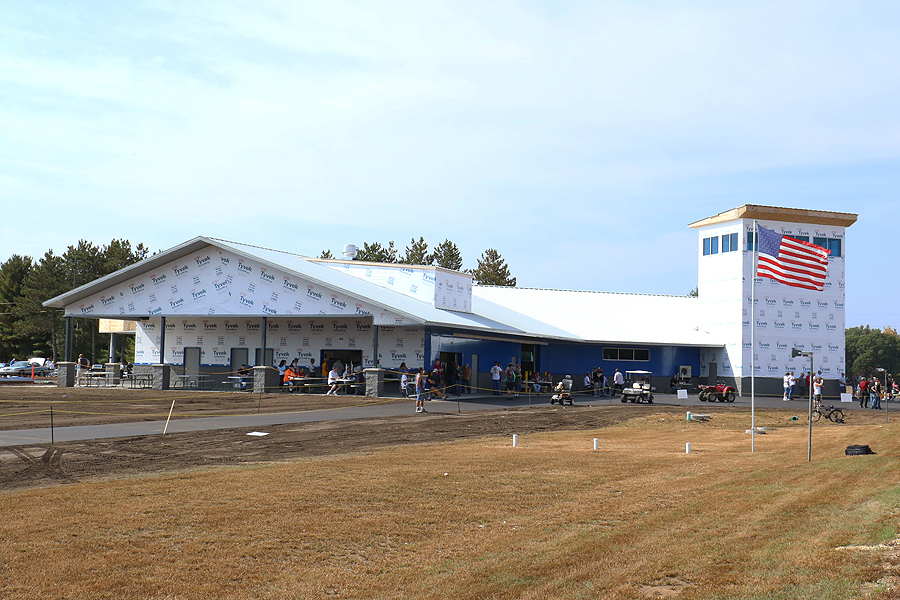 Improvements to racer and spectator amenities began before the 2019 season concluded, with excavation taking place to swap the pit area, staging lanes and return road from the north side of the property to the south side. That work has continued into 2020, with asphalt paving of all new roads on the south side now complete, along with level graded grass pit parking. The new racer entrance located on the south side improves ingress and egress for the racers significantly. The new configuration will be fully operational for the 2021 season.

The most striking change for the 2020 season is the new multipurpose building on the south side of the track, adjacent to the starting line.

The Multipurpose building will also serve as the racer credentialing office, with indoor walkup windows, administrative offices, and act a safety shelter if necessary. 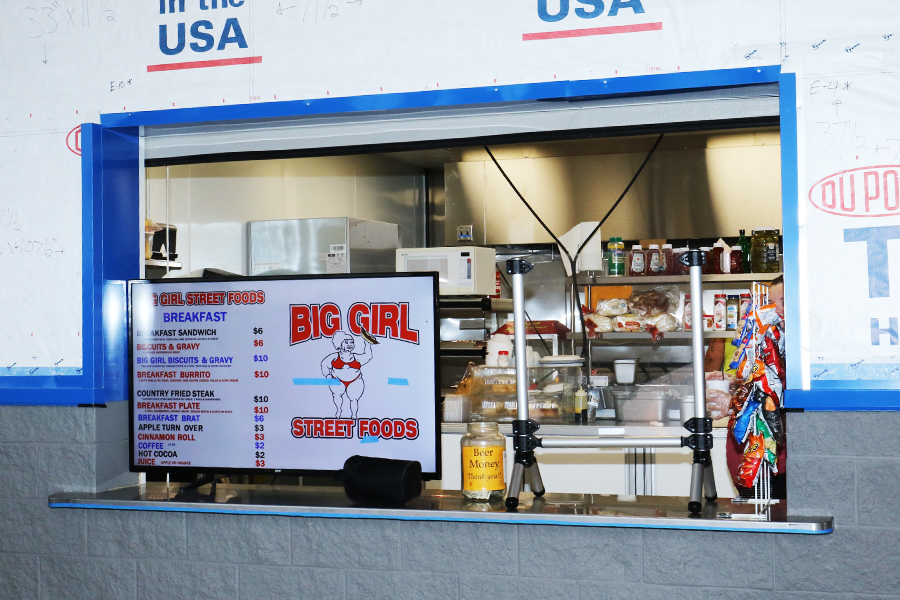 Once the landscaping is complete, new spectator grandstands will be installed on the south side of the track, and camping will also be available on the spectator side.

Sponsors will also have a new selection of opportunities to market their brands on the new LED scoreboards, and several strategic locations around the facility.

A dedicated sportsman racing program at Rock Falls Raceway is of the utmost importance.

As an NHRA Member Track, RFR participates in the Summit ET Series, as well as staging its own bracket points series and junior drag racing program, with champions crowned at seasons end.

For the past 5 years, Rock Falls Raceway has also hosted the Fall-Out Vintage Drags and the Badger State Summer Classic, a stop on Midwest Class Racers series tour. Both are racer and spectator favorites and are expected to return in 2021.

New in 2020 was Drag Weekend 500, where RFR teamed up with Byron Dragway to stage a 500 mile, three day Byron to RFR to Byron drag racing/road trip weekend.

The management team promises new race programs for the 2021 season that will be sure to excite both spectators and racers. Visit www.rockfallsraceway.com/ for upcoming news and announcements. 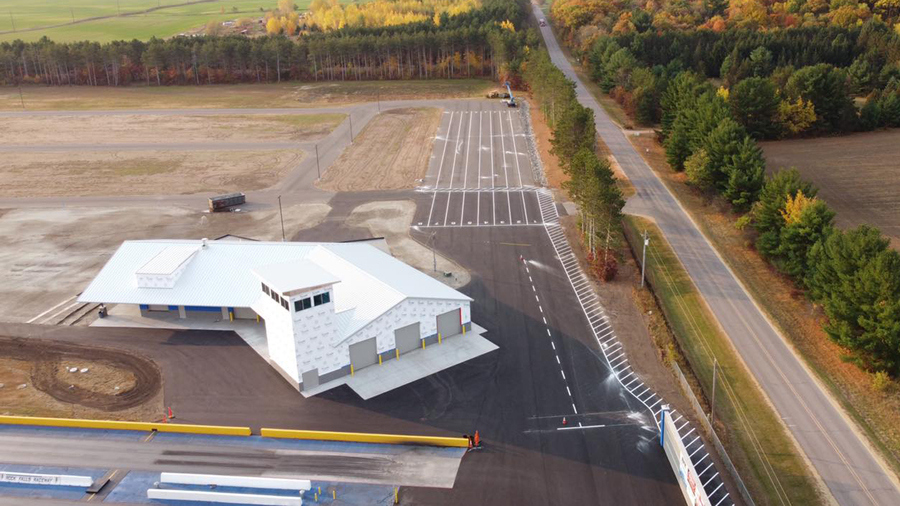 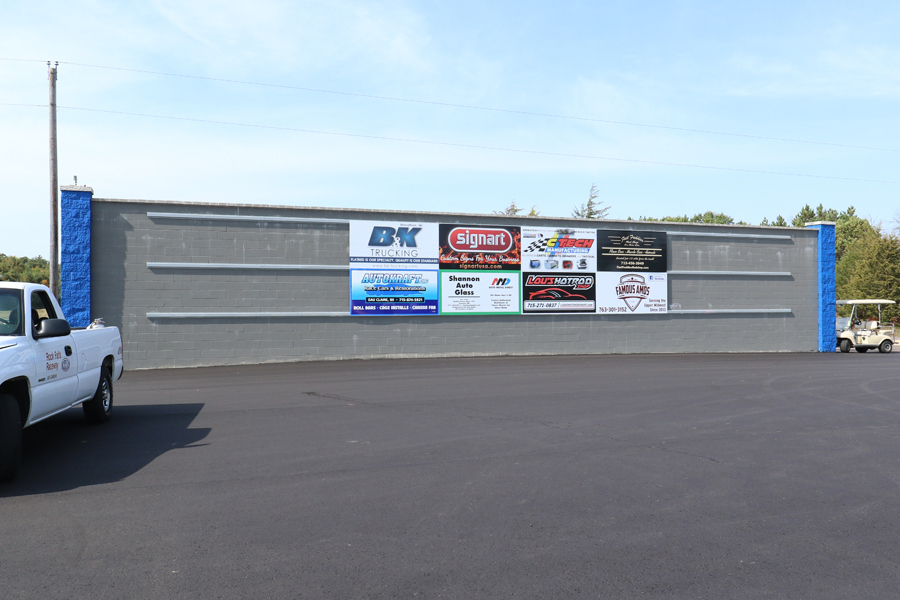