SPURLOCK INTENDS TO MAKE HER MARK IN MOTORCYCLE DRAG RACING 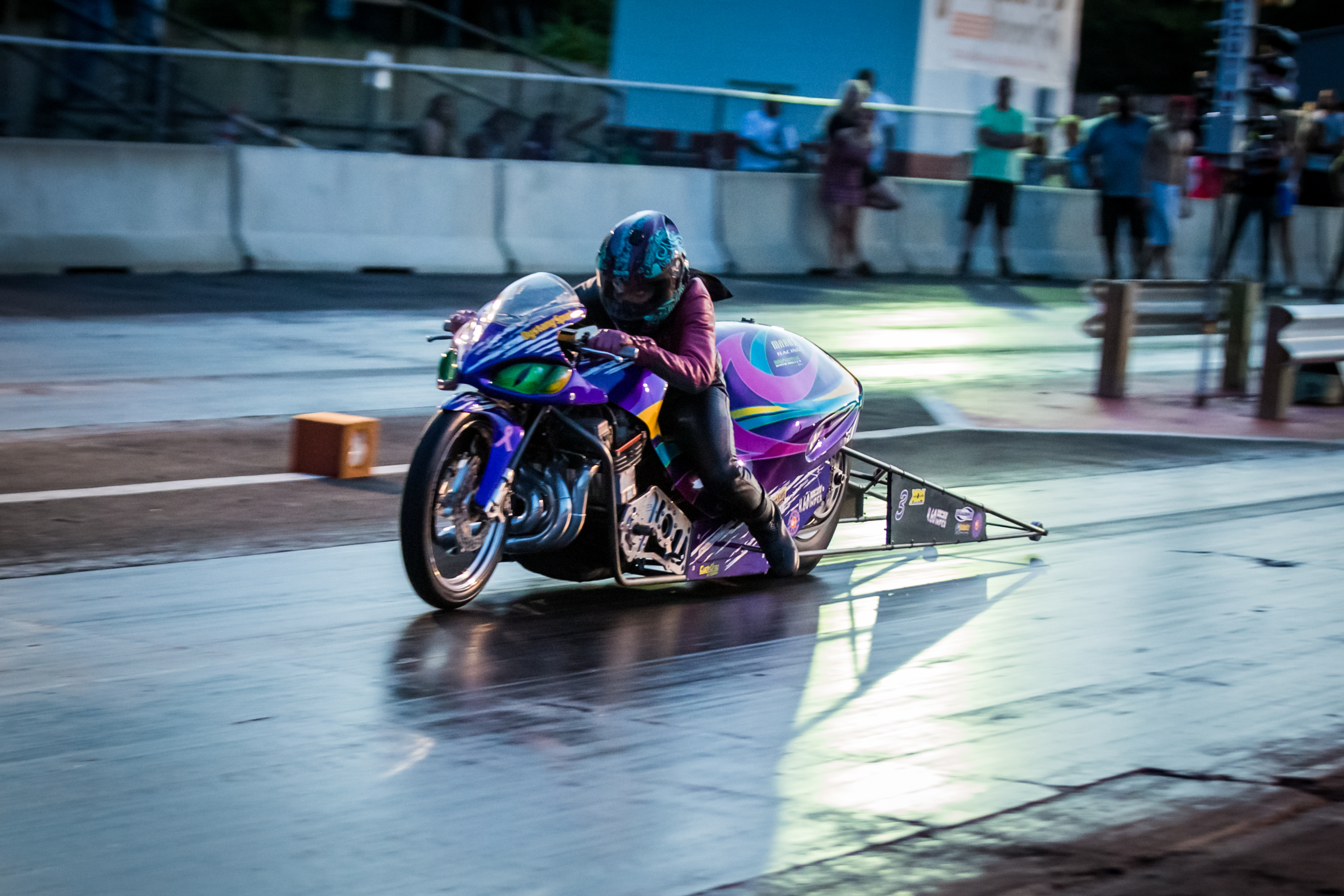 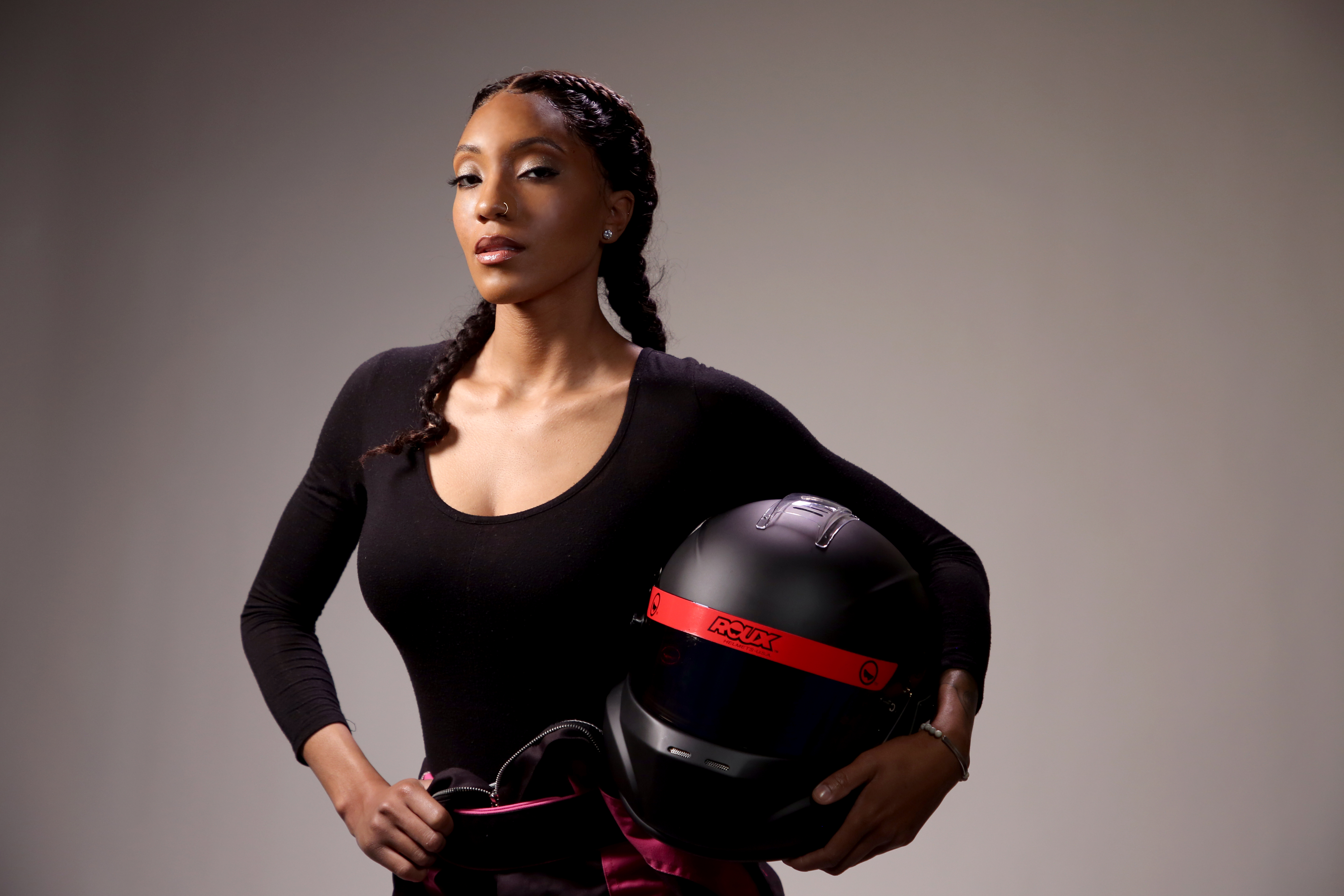 With 44 years of weekends turning wrenches in drag racing, William Cavallo believes he has an eye for talent – in this case, Virginia motorcycle rider Dystany Spurlock.

Cavallo is pushing all his chips into the center of the table, betting that Spurlock will have no trouble making the leap from 4.60 Index racing to the alcohol-fueled, turbo-charged world of Pro Xtreme bikes that may top the 200 mile an hour barrier in the eighth-mile this season.

“I have known about Dystany for several years,” said Cavallo, who spent 30 years on the crew of fellow New Yorker and three-time Mountain Motor Pro Stock world champion John Montecalvo.  “But last year I got a chance to work with her close up and I was impressed.  She has such discipline as a rider and the demeanor of a champion.”

The 28-year-old Richmond native Spurlock will ride on custom-built bikes owned by Maryland racer Dave Rudd, with Cavallo serving as crew chief and team manager.  North Carolina suspension company Strutmasters.com will back their effort to seek the 2021 Pro Xtreme title in the Xtreme Dragbike Association.

Cavallo’s closer look at Spurlock came when he provided some assistance for Larry Marks Racing at an XDA event last year.  Marks was one of several XDA teams using equipment and engines from Innovative Performance, owned by Cavallo’s close friend Terry Stemper.

Spurlock rode the Marks Racing machine to victory and made history in 2020 as the first African-American female winner in the 4.60 Index class at the Man Cup World Finals at South Georgia Motorsports Park.  She bested veteran rider Mike Chongris in a close final round. 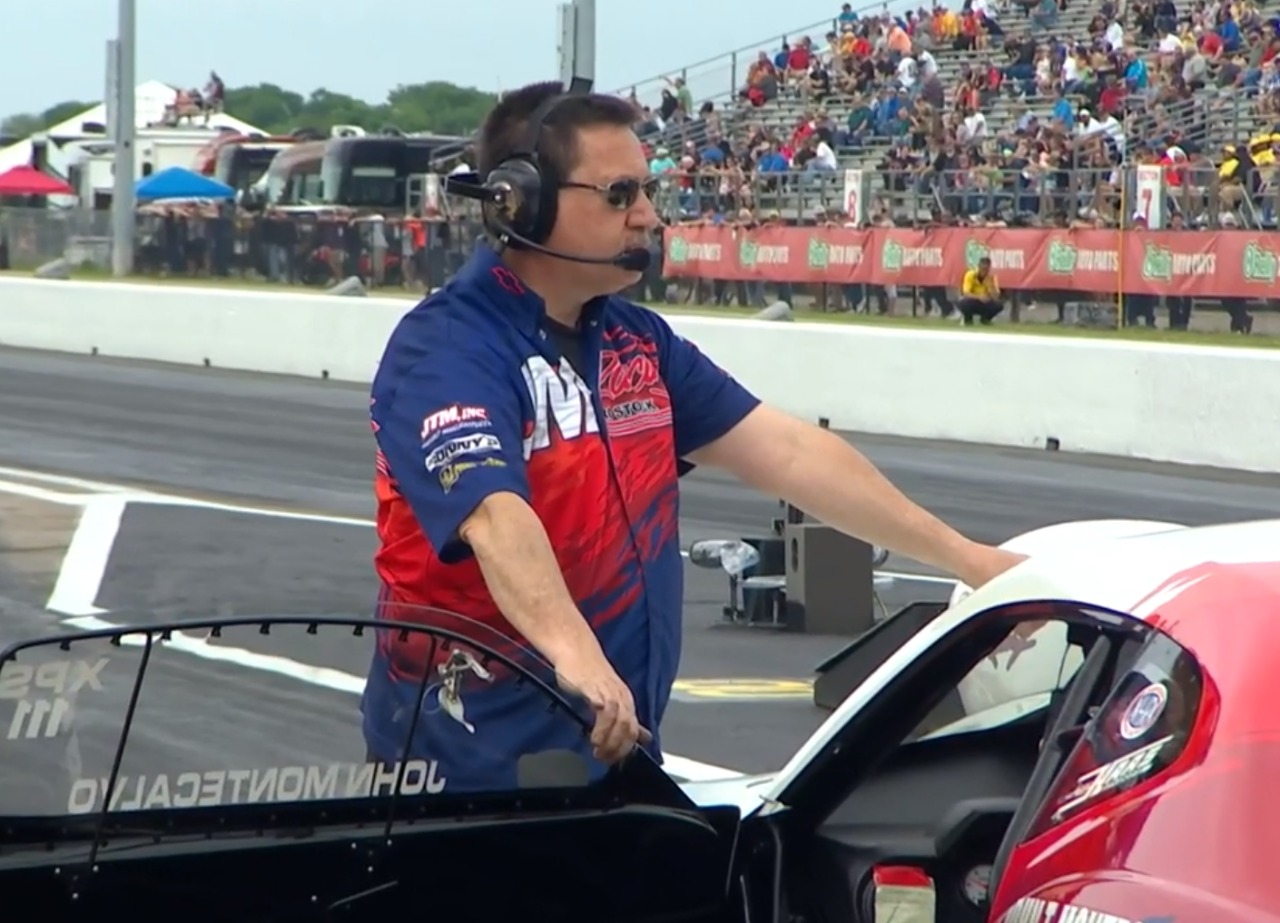 Larry Marks fell to the ground at the starting line in a joyous celebration.  “I started the year with her (Spurlock) and had no idea what she wanted in the bike.  We worked and worked together all season.  Dystany is such a talent.  She earned it.”

Spurlock said she is ready for the challenge of riding the Pro Xtreme bikes that are half a second and nearly 30 miles an hour faster than anything she has ridden previously.

“I know it will be a little bit of a learning curve, but I expect our team to be very competitive,” said Spurlock, who attended her first drag race as a teen at Virginia Motorsports Park, one of the anchor tracks in the XDA series.  “I have been taking on challenges all my life, so I am ready for it.”

A conversation with her mother had a profound impact on Dystany’s outlook on life and her willingness to take chances that most won’t.

“I was about four years old, standing in the kitchen with my mother,” said Spurlock, who pays the bills as a commercial truck driver.  “She told me:  ‘Dystany, if there is something you want to do in life, go for it.  Don’t be that kid in the back of the class wishing you would have taken that chance.’  I thank my Mom so much for that.  She is huge reason why I have a competitive spirit.”

Growing up virtually in the shadow of Richmond International Raceway, Spurlock’s family were avid NASCAR stock car racing fans.  “I remember sitting at my grandfather’s feet and watching the NASCAR races,” she recalled.  “I didn’t understand it completely, but I knew my grandfather was a huge Dale Earnhardt Sr. fan.  When the NASCAR guys came to town, I could see them on television and hear the cars outside while I was watching.  I just loved it.”

She had a brief flirtation with being a stock car driver which included some local events.  Spurlock even applied to be part of NASCAR’s Drive For Diversity program.  “It just didn’t pan out,” said Spurlock politely.

Spurlock was a multi-sport athlete as a teen.  She even played football, utilized as a safety by her middle school and high school teams.  “Yes, I was the only female playing football with the guys,” she said, pausing to laugh.  “But the first time I hit one of them, they knew I was for real.”

In her high school years, a trip to Virginia Motorsports Park sparked her interest in motorcycle drag racing.  “It was the most amazing thing I had ever seen,” she beamed.  “I really wanted to give it a try.” 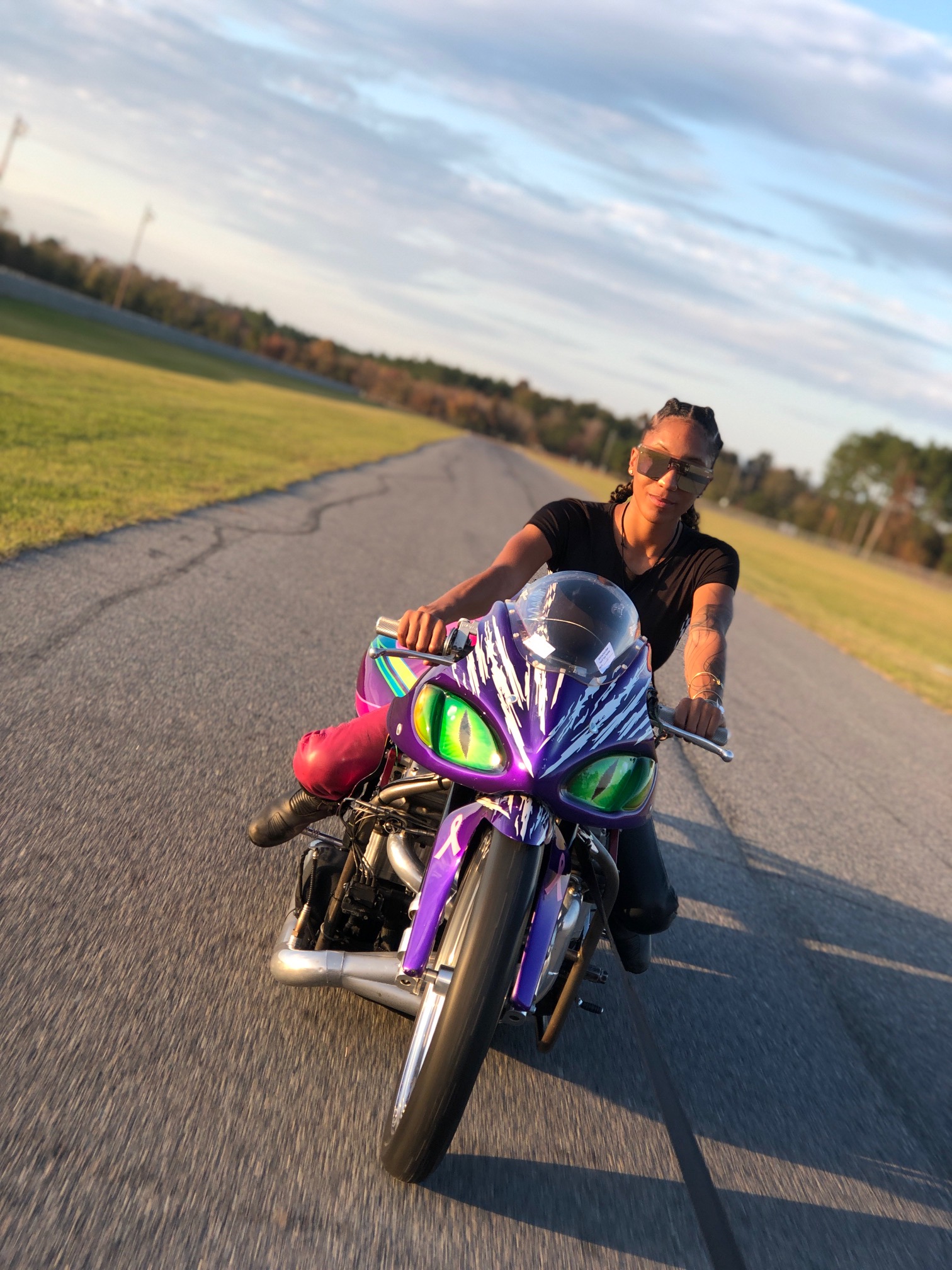 It was not surprising she preferred two wheels:  Spurlock’s mother owned a street bike and had ridden her daughter on the back for years.

Three months later, she broke a record on the Brocks BMW Performance bike by going a quarter-mile in 8.46 seconds at 163 miles an hour.

She has set many records and won several events during a career that reached its pinnacle – so far – with the 4.60 Index racing triumph last November.  Spurlock is building quite a following, including her boyfriend Courtlan Whiting, who serves as assistant crew chief and mechanic on the Pro Extreme bike.

“The records are cool, but I just want to go race and win rounds,” said Spurlock, who plans to race in several classes this season to stay sharp.

Meanwhile, Cavallo waits out a snowy winter in New York, itching to get to the track for a new and exciting challenge of calling the shots.

“I have been doing this for a long, long time,” Cavallo said prior to the start of his 45th year in the sport.  “I think I have a good eye for talent.  I believe Dystany Spurlock is the real deal.   I am willing to bet on it.”

The team’s first event in the XDA series is scheduled April 23-25 at Maryland International Raceway.