TOUGH CLASS, BUT JUSTIN ASHLEY READY TO BE AT TOP 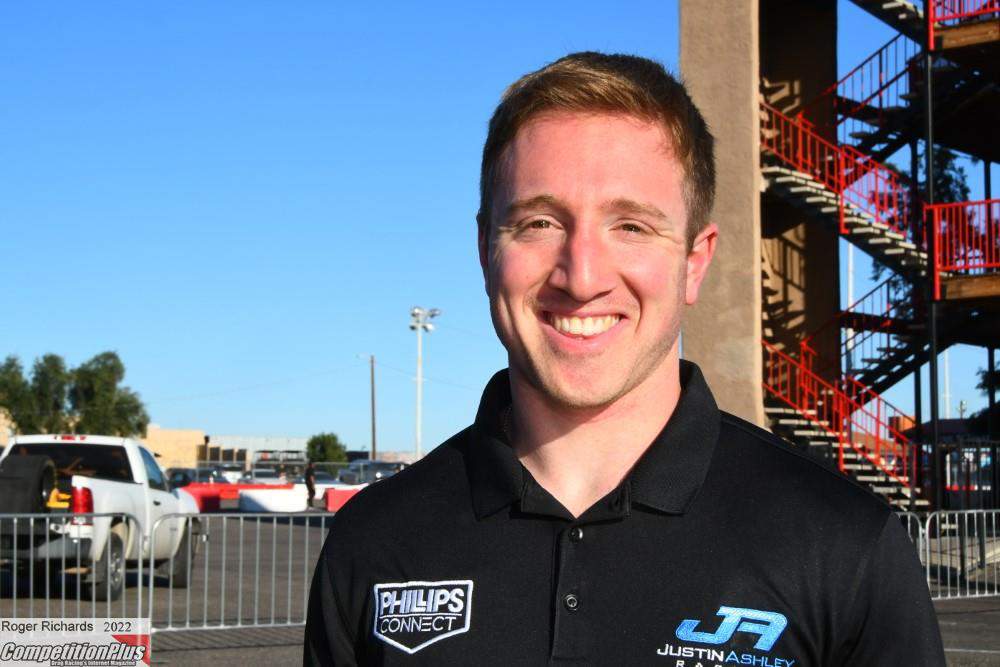 When Justin Ashley won the Top Fuel final at last October’s NHRA Texas Fall Nationals Stampede of Speed, he got the dubious treat of donning a cowboy hat, straddling a mechanical bull while trying to handle a 12-pound Wally trophy, and celebrating like a city-slicker Suburban Cowboy.

“That, I wasn't so sure about,” the Phillips Connect / Vita C Dragster driver said this weekend during preseason training at Chandler, Ariz. “Being from New York, wearing a cowboy hat, riding a bull, that stuff doesn't really go with me too well. But you learn from each experience, right?”

If he thought that – and scrambling to complete the winners circle photo shoot before an unforgiving tornado was about to bear down on the East Texas landscape – was a challenge, he knows he has an equally daunting task awaits him. Starting this coming Friday, the Lucas Oil Winternationals at California’s Pomona Raceway will kick off a 22-race season that is expected to feature the most grueling competition the Top Fuel class ever has seen.

Preseason hyperbole is nothing new, and every year observers predict, “The class is tougher than ever.” But this time that just might be a right-on-the-money forecast. Eight-time champion Tony Schumacher and relentless 2019 rookie of the year Austin Prock are back. Steve Torrence aims to extend his consecutive-championship streak to five. Three-time champion Antron Brown is ready to prove both his sport-growing business acumen and resurrect his on-track dominance. Leah Pruett is helping the new Tony Stewart Racing team make an impressive debut on the track where she won last summer. Doug Kalitta has a powerful new weapon this year in tuner Alan Johnson as he pursues his elusive first series crown. Shawn Langdon and Brittany Force, both titlists, want to relive their glory moments. Mike Salinas continues to live up to his Scrappers Dragster name. Doug Foley, Buddy Hull, and Josh Hart have stepped up their games and are eager to prove that single-car teams can be right in the leadership mix.

And Ashley won’t be blindsided. 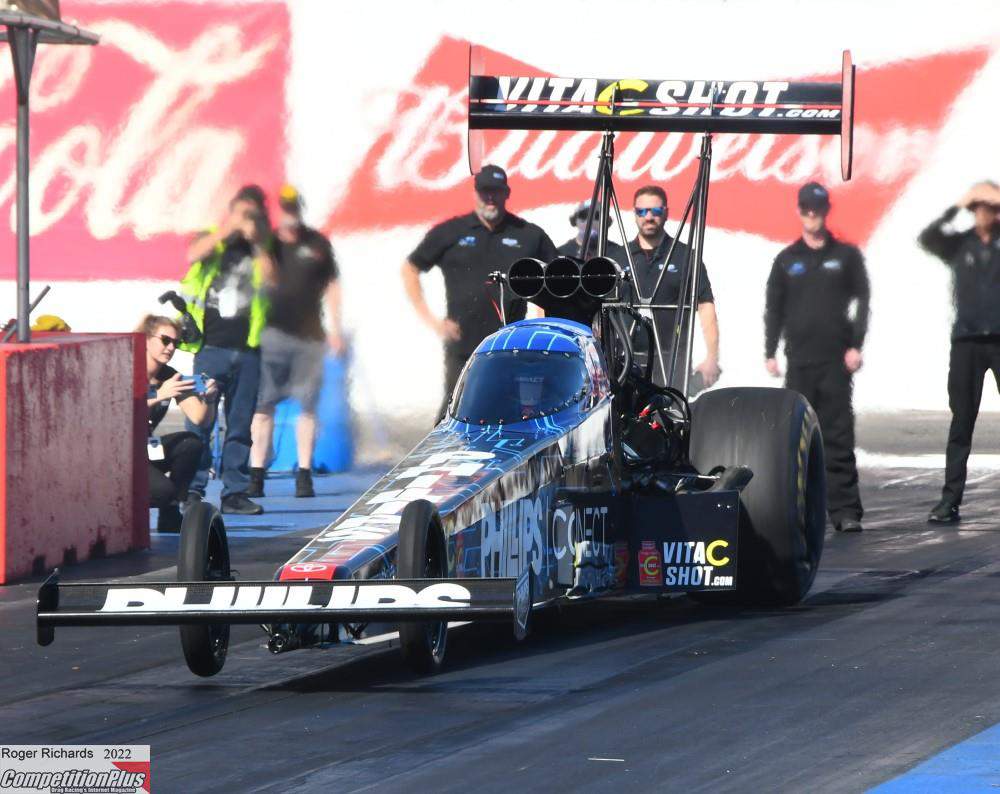 “We have to always be in our A game, right? There's no race where we can go out there and say, ‘Oh, we'll have to just put that on the back burner.’ We have to stack round wins and stack national-event wins to be able to be even in the conversation to make the top 10. That starts here in Phoenix,” he said.

He had only to look across his pit area to see one of his biggest pillars of support: the newly established Antron Brown Motorsports and its top-drawer owner-driver, crew chief brain trust, business savvy, and experience. Ashley and the Phillips Connect/Vita C team from Mike Green-led Dustin Davis Motorsports has forged a technical and marketing partnership with Brown’s Matco Tools/Toyota/Sirius xm/Hangsterfer’s-sponsored, Mark Oswald-/Brian Corradi-orchestrated operation, and Brown, who quickly is emerging as drag-racing’s role model for performance and professionalism.

“It's pretty cool. Coming here for the first time for testing is exciting, and pulling up and seeing your rig parked right next to Antron’s is cool,” Ashley said. “To be able to lean on each other is really going to be healthy for us,” Ashley said. “Knowing they [the conglomerate of crew chiefs] were going to be working together as a team is really exciting for me. It's one of those deals that I just know is going to be mutually beneficial for everybody involved.”

For all the respect Ashley expressed for his rivals and for the fierceness he is expecting to encounter, he said he has to put on his blinders.

“You see a lot of different storylines, and there's a lot of people that are back running full time, right? We have Prock, we have Schumacher, we have Josh Hart. Those are all really good drivers and really good teams. So when it comes to that stuff, we can't worry about it. That's not going to do us any good,” Ashley said. “We have to focus on ourselves and being the best version of ourselves that we could be. And then wherever we are at the end of the day, we'll know that we put our best foot forward.”

Ashley finished fourth in the 2021 standings, and he said, “I think there are really two ways to look at it. One is with gratitude, right? We're grateful that we finished fourth. That's a big deal. We're racing against the best people in the world, and I felt that we had a fantastic season, but you always want to be No. 1, right? That's why we're out here. We're out here to win races. We're out here to win championships, and that's our goal this year – just like it's Antron's goal, just like it's Steve's goal and Tony's goal and everyone out here. We all have that same goal that we're trying to reach, but at the end of the day, there's only one champion, and that's what makes it so special. But make no mistake about it, we're out here starting in Phoenix, putting our best foot forward to prepare ourselves for a long season so come Pomona we're in the hunt to be able to win the championship.”

At this past weekend’s PRO Nitro Spring Training, he said he was concentrating more on learning about his brand-new car and its qualities and putting some laps on it: “We want to make sure that everything works like we expect it to work. We made a lot of changes in the off season that are hopefully going to help improve our performance, just the new . . . everything. Made a lot of changes in the clutch department and the brand-new chassis.”

And when he gets in a groove and starts to add to his two-victory count, Justin Ashley will be able to enjoy that winners-circle photo opportunity. He might not get a commemorative hat or be cajoled into settling into a saddle. But one thing is certain. Ashley is planning to storm the scene this season, and a tornado is coming.