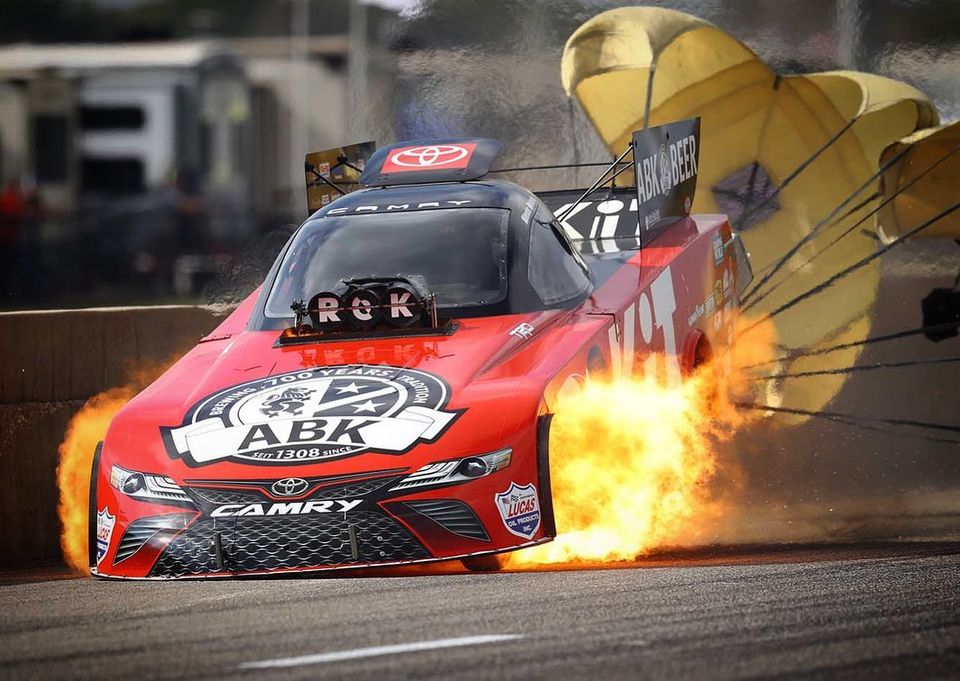 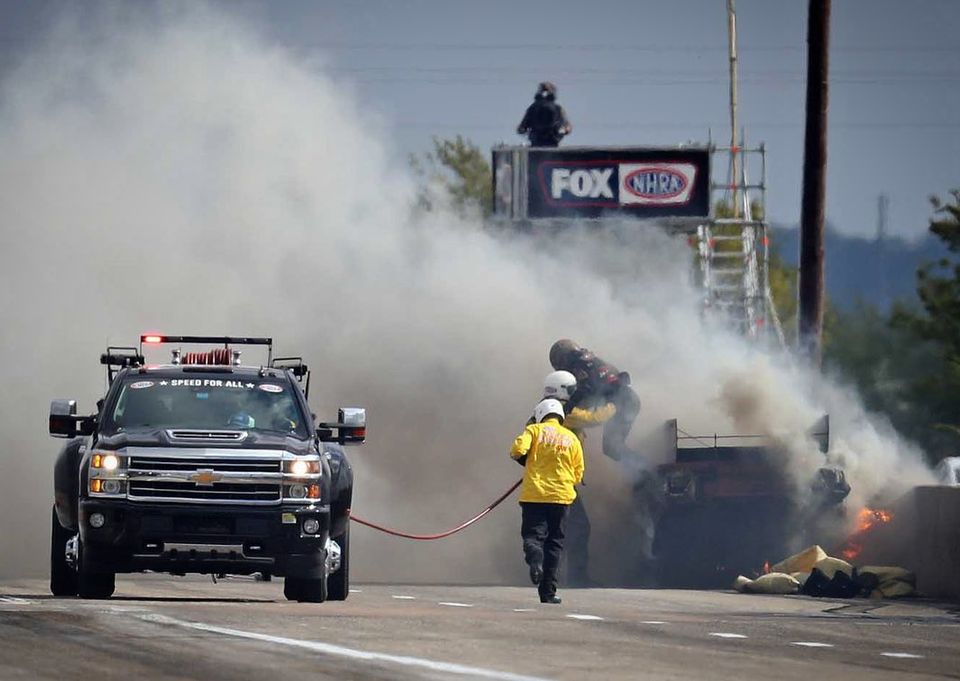 For the second time in as many events, Funny Car racer Alexis DeJoria emerged uninjured from either a significant fire or explosion.

Sunday at the 35th running of a AAA Texas Fall Nationals event, after earlier recording her quickest run of the new season, the engine in her Funny Car had two connecting rods fail. That started a fire that spread to the carbon fiber body and eventually engulfed both DeJoria and the car in thick, black smoke that forced her to exit through the roof hatch for the second time in as many NHRA events.

“There was not much of a warning except (for) some sparks,” DeJoria said. “I couldn’t see anything (once the body caught fire). I popped my head up (through the roof hatch) and put my foot on the brake handle to try and get it stopped. Then I saw a Safety Safari guy (a member of the NHRA’s safety team) and I did a Dirty Dancing move and just threw my arms out and jumped.”

After being checked out by the medical staff and getting a little oxygen, DeJoria shook off the effects and climbed back into the cockpit of a backup car for a second round match with former world champion Ron Capps which, unfortunately, had a negative result with the ROKiT Camry losing traction almost as soon as she hit the throttle.

“Unfortunately, we ruined another car,” she said of the day “We’re just having some gremlins but we’ll work them out and no matter what happens, it’s always a better day when you’re at the drag races.”

Coming on the heels of a supercharger explosion that destroyed an identical carbon fiber Camry in the second round of the Midwest Nationals at St. Louis two weeks earlier, Sunday’s incident was particularly perplexing to Worsham, the two-time world champion who co-owns DC Motorsports with DeJoria, and to his cohort, veteran tuner Nicky Boninfante, who will spend the week trying to determine if there is a recurring internal problem or if the two were isolated incidents.

“Sorry about the mess. It was a little crazy,” DeJoria told FOX Sports when she was interviewed after being extricated from the fire. “The whole cockpit filled with smoke. That thing burned to the ground.”

Despite Sunday’s incident, the five-time tour winner still was able to focus on the positive, noting that because of the earlier situation in St. Louis, the team was better prepared this time to go immediately to a backup car.

DeJoria moves on to Houston in eighth place in Camping World driver points, 64 ahead of Paul Lee and 80 in front of two-time world champion Cruz Pedregon.