In today’s society due to the coronavirus pandemic, we have to wear a mask in an attempt to stop the virus. NAPA Auto Parts Funny Car pilot Ron Capps was inspired by a picture to make a vintage drag racing mask.

He used a picture from the late Tom McEwen’s racing career as the inspiration for the mask. At first, they were just going to be for his family and close friends.

“Actually, they’re not Tom McEwen masks,” Capps said. “That was just a picture that I put up of Tom McEwen, because driving for Don Prudhomme for almost a decade like I did, I became good friends with Tom McEwen up until he died. I would get phone calls from him all the time. He was a big inspiration. But what started the mask thing was back at our first Indy race after COVID (July 11-12th), with all the policies and protocols that we have to deal with racing now with social distancing and the masks, an idea popped into my head. Why not have a mask of my favorite masks of all-time? My dad had one when I was a kid when he was driving his Altered. The picture that I put up that I found, and it was Tom McEwen. It was kind of a whim. That was the coolest picture that I could find of an old school picture. I ended up calling Greg Ozubko, who owns Racer Masks (Racermasks.com) and has done Bobby’s (CompetitionPlus.com) as well. I’ve known Greg for a long time. He’s been a drag racer and has drag racing shirts. I happened to see Tim Wilkerson’s, Bobby’s and WFO Joe’s (Joe Castello) had masks made with this company, Racer Masks.

“I sent him a message. I said ‘Hey, this is Ron Capps. I’m interested in maybe doing a mask. I wasn’t planning on doing them to sell them. I wanted to get them made for my friends and family. I wanted them for us to wear at the old school nostalgia races. He came back with the mask that we made. It’s a picture of a mask that’s made onto a mask that we need to wear in today’s world with the coronavirus. That’s how it started. Him and I went back and forth the next couple of days, including in between qualifying at that race, he was sending me updated pictures until he came up with the final one with my name on it. I was blown away on how real it looked. We were wondering if they were going to turn out as real as his conceptual drawings. I only ordered 100 of them.”

After the order came in with the first 100 masks, Capps decided to call his friend  Bill Windham, who owns Petrolhead Apparel. That’s when the plans for the 100 masks changed. 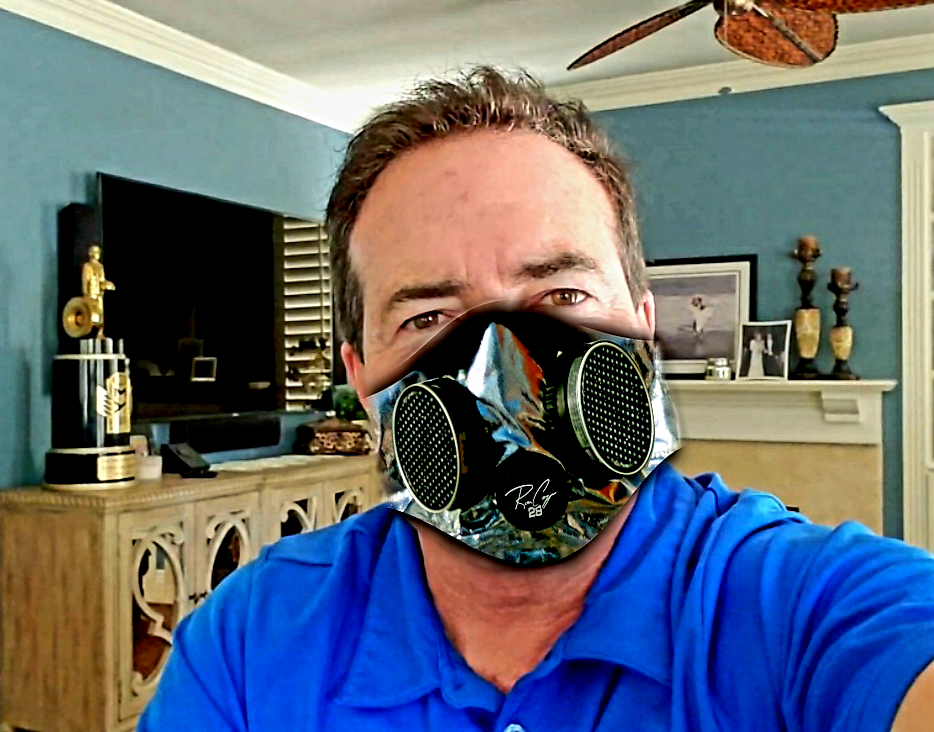 “He sells vintage dragster and Altered shirts,” Capps said. “I told him I made these masks and I only made 100. I’m interested in seeing if you want to put them up on your site. When the masks came in a couple of weeks later, not only did they sell out in a couple of hours. We sold over 600 overnight. We had to scramble when he called me the next morning. When he told me what had happened, it almost crashed his website. I called Greg back and told him that I need to order more. There was no way to stop the orders overnight. A lot of the orders came in overnight from overseas, like Australia, England … it was cool to see that people had the same taste in something old school like I do. I had to order a bunch more and it completely shocked us.”

Capps said he worked with RacerMasks.com because of the way that they fit. And those who had the masks at the previous NHRA racers, they were easy to understand.

“I went over to talk to Tim Wilkerson, and I could understand what he was saying,” he said. “I could understand him really well. With some of these masks, especially, when you go out and do an interview, you can’t really understand the person. I saw how it fit on Tim’s face actually and that’s what really prompted me. We were done with the concept by Sunday (July 12th) and when I was flying home, he had the order in by Monday morning (July 13th). The order took several weeks and it wasn’t until the third Indy race (August 8-9th). I put up a picture of me wearing the initial design and said something like, ‘I have something cool coming.’ That post went to like 20,000 views on that day, which shocked me. I thought that was crazy and we had already put the order in. I thought ‘well, we’ll see how it goes.’ That’s how it started. I was completely blown away by the interest.”

The Don Schumacher Racing employee has sold nearly 1,100 masks. Once the masks are gone, Capps will not order more. 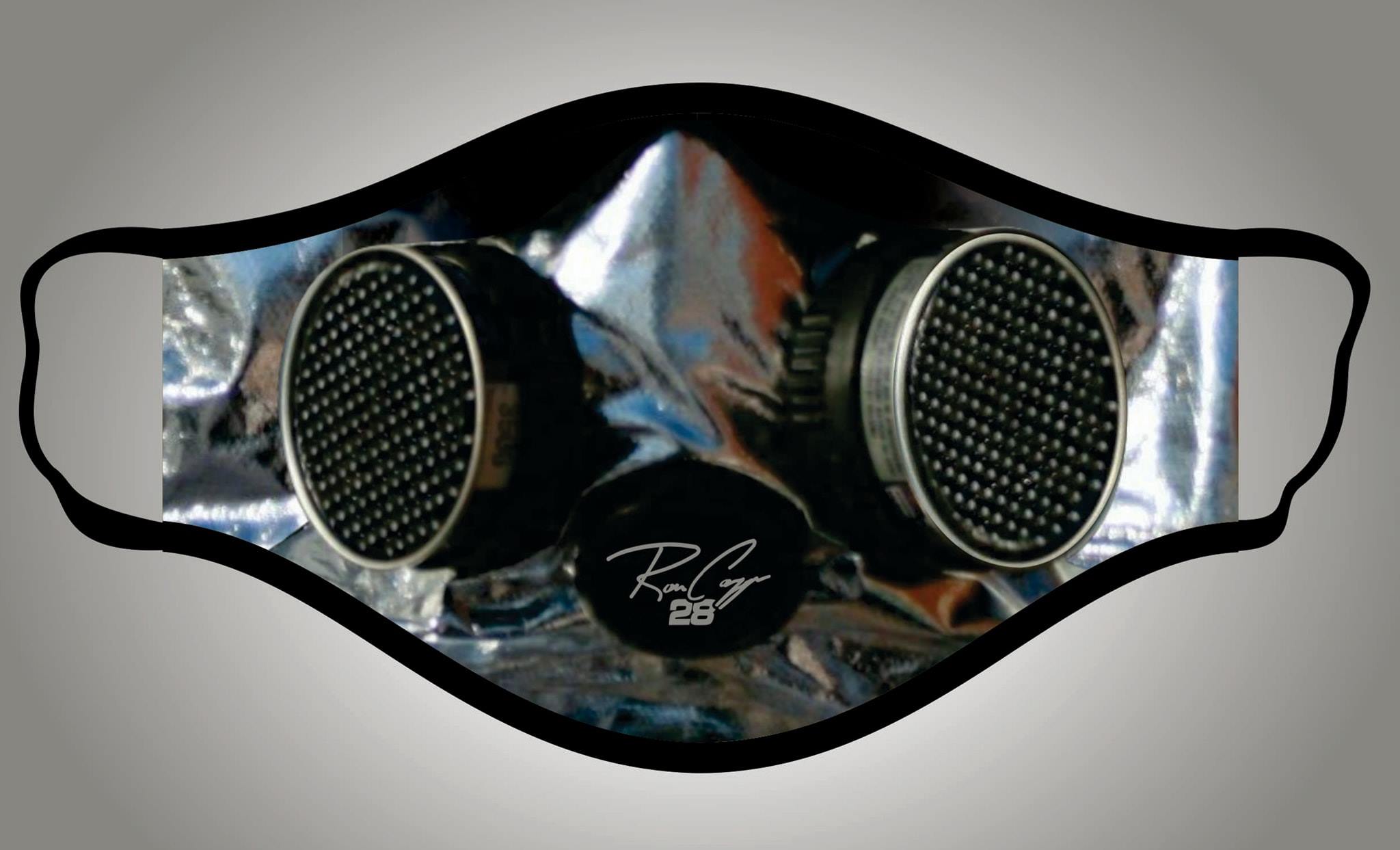 “I only planned on making some of them,” Capps said. “I didn’t think they would sell a lot. I wouldn’t mind making my money back, but I wanted to give them away to my friends and family that I know would appreciate them and that are into that kind of thing. That’s how it started. It was just going to be that limited amount that I was going to make and that was it. Fortunately and unfortunately… Fortunately, everybody was interested in them. Unfortunately, I’ve had to order another 1,000 of them.

“Once that’s gone, there will not be anymore. We’ve sold a little over 1,000. I grabbed one out of the pile. I didn’t give any to my closest friends. They were going so fast that I didn’t get a chance to grab any of them for the people, who I intended to get them for. It’s been a bummer because I was like, ‘Oh no, I kept one and I know my mom and dad want one. I also know my closest friends and family members wanted one, but I didn’t get to get them. They were going out so fast.”

Before ordering masks, Capps was working on a vintage shirt. The shirts arrived on Friday, Sept. 18th.

“Ironically, I was already having a shirt made, which just got finished, before this,” he said. “I wanted a shirt that had me in a Fuel Altered, because we won the March Meet. It was a life-long dream to win the March Meet in a Fuel Altered. My friend, who has the Petrolhead site, said he was going to put it up. That was already in the works before the masks. I wanted a picture of me wearing a mask behind a big old Hemi engine supercharged in an old school Altered. That was already being made. This stemmed from that shirt that I had in the works. I don’t want to make any more masks after they’re sold. 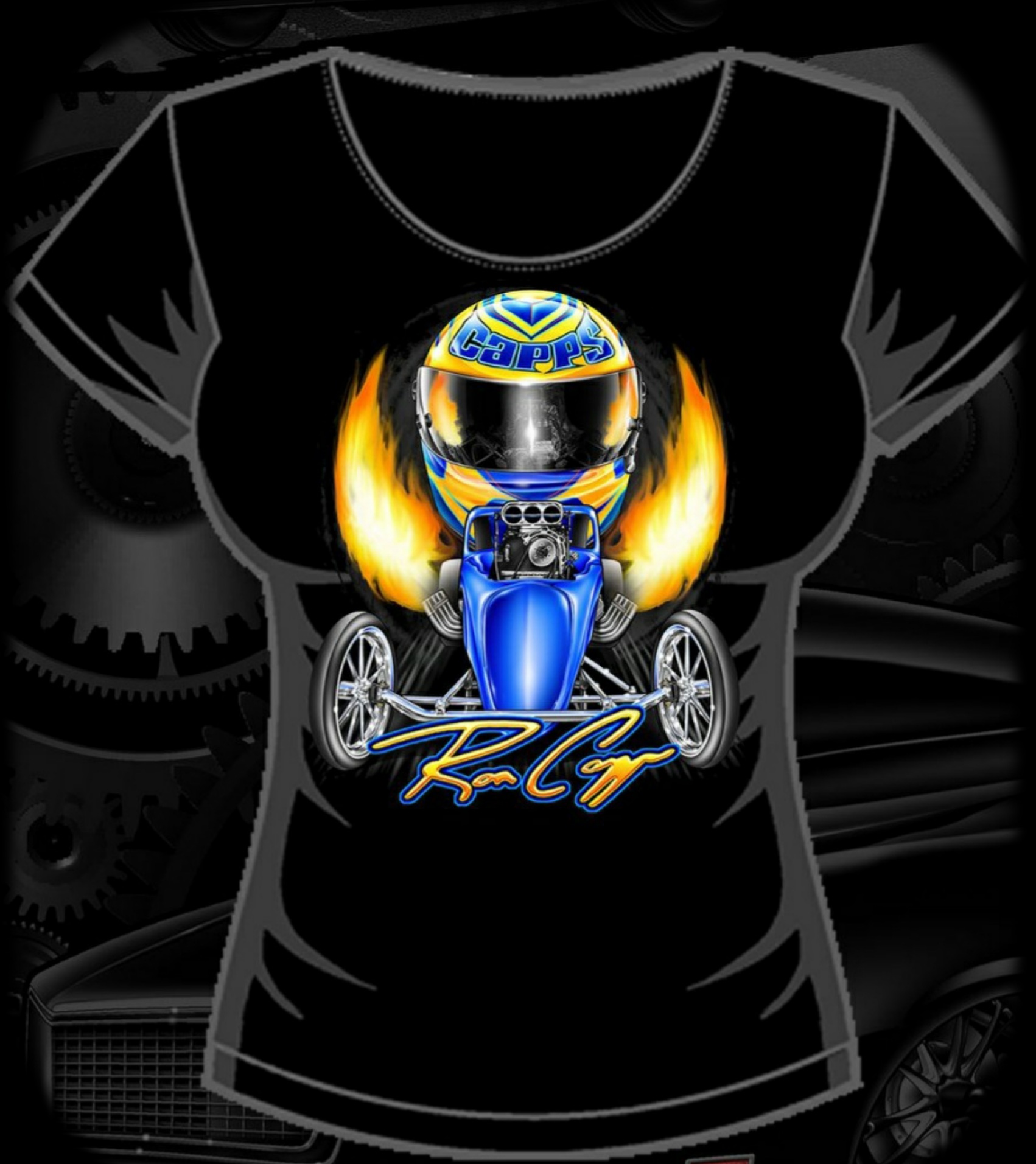 “I hope that all this COVID stuff is gone soon. I know that we have to wear them. I figured while we have to wear them … I know there’s a lot of people and fans, who are upset for the lost races, I understand that. The fans, who have been out at the races, understand, whether or not, you believe this COVID era, that we have to wear masks whether they work or not. It doesn’t matter. For us to be allowed to get back to racing and to have fans enjoy NHRA racing once again, we have to do that. I figured if we had to do that, I’m going to wear something that’s cool and something that I dig. I didn’t think that it would be this many, who have been interested in the masks. I wanted them to be special. I don’t want there to be a million out there. I wanted it to be special for those that did order them and I got some cool shirts coming that will be on the Petrolhead site.”

Capps admitted that there will be a vintage Ron Capps line coming out soon on the Petrolhead site.

“The funny thing is the guy, who runs Petrolhead apparel, we talked about doing a line of vintage nostalgia stuff, like a Ron Capps line,” he said. “I love that era. He had already started that going with the shirt, then the masks came and it overwhelmed him. It also opened his eyes as well. After the masks, I plan on doing some more vintage stuff. That picture of Tom McEwen epitomizes drag racing at the time. The movie with the Snake and the Mongoose that came out – I played a character in the movie – I played Lou Baney, who was McEwen’s first team owner, which was the dragster that he was driving in the picture. It was cool to be dressed up like the ’60s to play somebody so important in the history of drag racing, especially Tom McEwen. It was like a full circle with the picture popped up and I was able to use it.

“I idolized him. I loved those old school masks. My dad had one when I was a kid. I remember vividly when I was 5 or 6 years old of putting that mask and helmet on. I remember smelling the sweat and the leather inside that mask. It had a certain smell to it from my dad wearing it. I thought it was the coolest thing ever. Then, growing up and being able to drive a Fuel Altered at the March Meet and to have my dad there, it was unbelievable.”

The California native is fascinated by the vintage side of the sport.

“If I was going to do a line of clothing, it had to be the vintage stuff,” he said. “I love that kind of stuff. I love the front engine dragsters, Fuel Altered, old school Funny Cars, Gassers, Willys, Topolinos… I love the Gassers, especially. I love all that old stuff. I would be interested in doing more vintage stuff, as people seem to be liking it.”

For the first time in the magazine's history, a hat is available for purchase. These new Trucker Style hats proudly show off the https://t.co/Reh86n8GFm label, the iconic name where you've gotten your news. #CompetitionPlusApparel #DragRacingNews - https://t.co/HWLoVma0oL pic.twitter.com/23XHTIJeIy