Here's
a reminder for race fans in the vicinity of Las Vegas Motor Speedway
this weekend. A meet-and-greet drivers' autograph session, in
conjunction with the third annual Pontiac Pro Stock Showdown, will take
place at the Suncoast Hotel and Casino on Friday, Feb. 1, from 7 p.m.
until 8 p.m. Race fans will get an opportunity to see some of the
biggest names in NHRA POWERade Drag Racing prior to the running of the
Pontiac Showdown on Saturday, and just a week before the start of the
exciting 24-race season. Warren Johnson's GM Performance Parts Pontiac
will also be on display at the Suncoast Hotel and Casino which his
located at 9090 Alta Drive, Las Vegas, NV 89145.

BACK TO THE FUTURE - FUNNY CAR THROWBACKS

Several years ago, the National Football League mandated to their professional teams that each franchise had to, on one weekend, wear the same jerseys and uniforms from an era in their past history. Several teams adopted the helmet emblems, jerseys and colors of their teams dating back to the 1930s through the 1970s. Let's suppose for a moment that same edict was passed down to the Funny Car teams in NHRA POWERade drag racing tour. 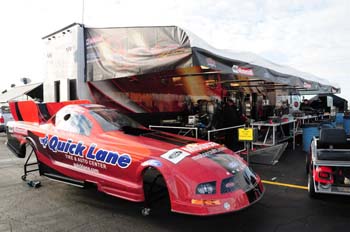 Bob Tasca III has experienced a whirlwind four months considering he didn't have a single nitro part in his shop in October.

For
Bob Tasca III, the holiday season has been, well, just “a  little
stressful.” He's got Mike Kloeber and Chris Cunningham calling all the
tuning shots on the Motorcraft Funny Car.

“We
are very excited to acquire these grandstands”, track general manager Jason
Peterson said.  “They will further enhance the race day experience
for our fans.”

Peterson
has been looking to replace the west side stands for two years.
With the continued growth of the Torco Race Fuels Northern Nationals
Nitro Jam event, which has broken attendance records for two consecutive seasons
and the addition of the ADRL AMS Staff Leasing Summer Drags on June 6-7,
Peterson knew he had to make the improvements.

Jeg Coughlin Jr. will add some championship flair to this weekend's third annual
Pontiac Showdown test session in Las Vegas as the defending NHRA POWERade Pro
Stock champion and his JEGS.com race team finalize their tune-up for the 2008
season. A four-time world champion with 51 national event wins, Coughlin arrives
at The Strip at Las Vegas Motor Speedway as one of the most decorated drag
racers of all-time.

"We're extremely excited
about the start of the season and this test should give us a real good gauge of
how we're going to stack up against the competition this year," the 37-year-old
Coughlin said. "I'm sure everyone else has been working hard this off-season and
is taking aim at us but we're ready for them. It's going to be another terrific
year."

The Pontiac Showdown
officially runs Friday and Saturday, with teams testing throughout the day
Friday before setting an elimination field Saturday morning. Then the Showdown
itself takes place with the winner gaining a nice cash prize and a ton of
momentum heading into the 48th annual NHRA Winternationals, Feb. 7-10, in 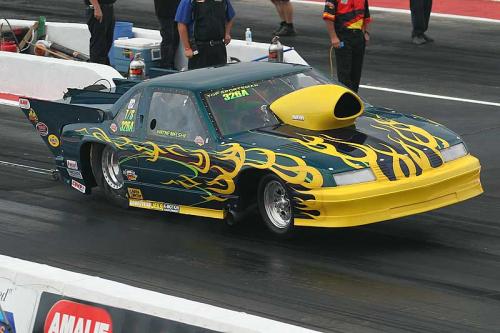 Although he’s been racing for over 25 years, and has worked his way up
through the classes, Wayne Nielsen will be ready for some Pro Modified
racing in 2008 with the Pro Modified Racing Association.

Nielsen said he has raced with the usual progression of getting faster
cars during his career, and has been running Top Sportsman and Quick 8
competition at tracks such as the Grand Bend Motorplex and Toronto
Motorsports Park in Cayuga, Ontario.

Ed “Isky” Iskenderian, legendary founder of Iskenderian Racing Cams and
his lifetime friend and associate Robert “Bones” Balogh have been named
as 2008 co-recipients of the Wally Parks Motorsports Statesman of the
Year Award by the East Coast Drag Times Hall of Fame.  Iskenderian and
Balogh, both of Southern California, will receive the Wally Parks
Motorsports Statesman Award during the annual Hall of Fame weekend in
Henderson, NC, October 17-18-19, 2008.

“We are excited to name these two men who have meant so much to the
racing and performance industry as our 2008 co-recipients of the Wally
Parks Motorsports Statesman Award.  Isky’s name is synonymous with
racing, and Bones Balogh has worked alongside Ed since both were
teenaged dry lakes racers as well as having a distinguished career as a
race driver”, observed Executive Director Nancy Wilson.

“I’m confident that both these individuals would be heartily approved
of by the man it’s named for, the late Wally Parks.  It’s even more
special that Wally knew Isky and Bones personally, and only recently
Wally and Isky appeared together for a question and answer session at
the Wally Parks-NHRA Museum of Drag Racing, in Pomona, California”,
added Ms. Wilson. 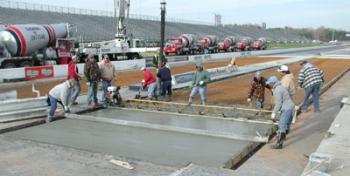 Initially, 225 yards of concrete were poured and set. New concrete
areas include the burnout box and various locations downtrack. After
allowing the new concrete to cure for a month, new asphalt was applied
from the eighth-mile to the quarter-mile, totaling 5,100 square yards. 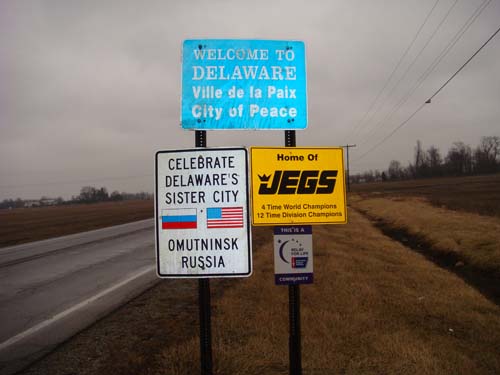 The City of , , hometown of JEGS
Mail Order and the entire Coughlin family, was quick to honor their famous
native sons in 2008. City workers have just erected new signs at the city's
borders announcing "Welcome to , Home of JEGS -- Four-time NHRA World
Champions and 12-time NHRA Divisional Champions." 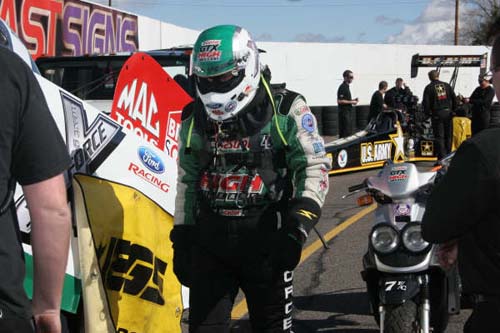 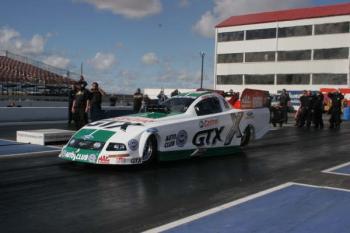 For
John Force, drag racing’s most prolific winner, four months of
intensive rehabilitation following the most serious crash of his pro
career culminated Monday in a unexpected and spectacular 4.782 second,
327.51 mile per hour sprint down a resurfaced quarter mile at Firebird
Raceway.

It was the quickest run recorded during a National Time Trials test
session extended by Sunday’s rain and it all but ended speculation
about Force’s ability to rally from injuries that included a compound
fracture of the left ankle, broken bones in both hands, broken toes and
ligament and tendon damage.