WITH THE LOSS OF ATLANTA DRAGWAY, NHRA REPORTEDLY HAS NEW MARKET OPTIONS 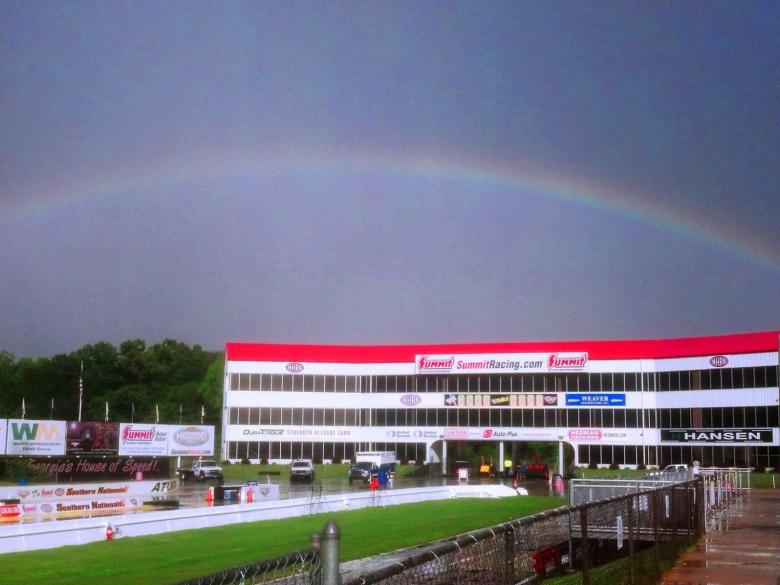 An NHRA official could not confirm Atlanta Dragway has been sold, but sources close to the situation tell CompetitionPlus.com the process has reached the point where "it is as good as done."

With the loss of the drag strip located closer to the Greenville/Spartanburg [SC] market than Atlanta itself, it doesn't mean the NHRA loses the market altogether. The market with events in Charlotte [NC] and Bristol [Tenn.] was already bordering on oversaturation.

Oversaturation doesn't appear to be an issue now. Right now, there is no update on Bristol Dragway as NHRA and SMI, owner of Bristol Dragway, for this season's event.

NHRA and Atlanta Dragway announced that the 2021 NHRA Southern Nationals, April 30-May 2, will be the final NHRA national event at the historic track.

As this chapter of drag racing history comes to a close, Atlanta Dragway invites racegoers to take in the final NHRA Southern Nationals.

Summit Motorsports Park and Michalek Brothers Racing (MBR) have announced a joint partnership with The Empowerment Alliance beginning in the 2021 racing season. The Empowerment Alliance will become the official “American Energy Independence” partner of Summit Motorsports Park and a major associate sponsor on the MBR A/fuel dragster at 5 races in 2021.

The Empowerment Alliance seeks to educate racing fans about the important issues surrounding the mission to secure America’s energy independence and, with it, Americans’ prosperity, freedom, and security. Low cost, clean, domestic energy is the energy birthright of Americans. Today’s most important issues include: 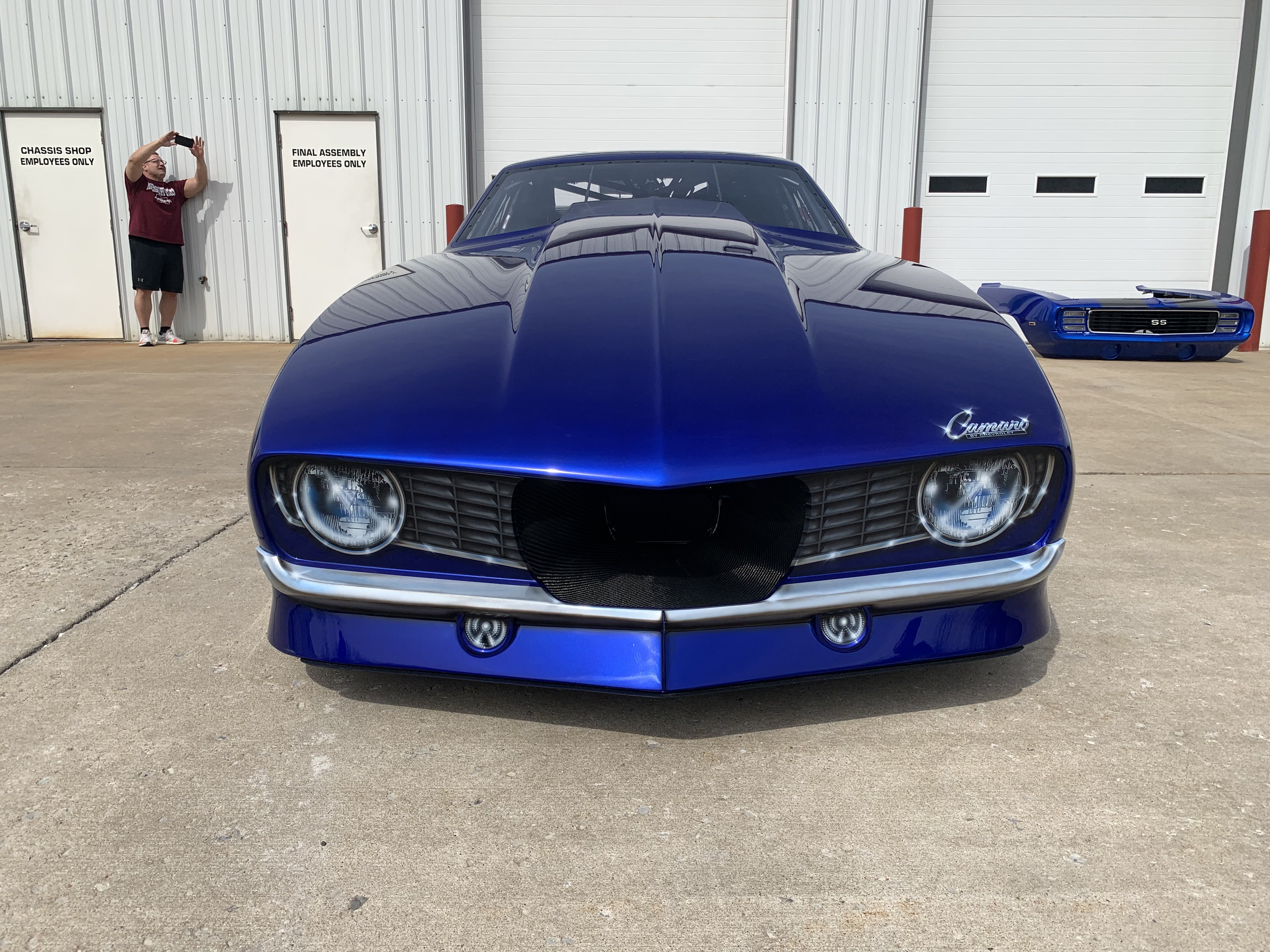 Carl Stevens just took delivery of the beautiful hot rod from the Jerry Bickel Race Cars hot rod emporium. While Stevens cars in the past have been turbocharged, we are told this car will have a centrifugal supercharger combination which appears to be taking over the NHRA Pro Modified division.

IN HIS WORDS, AN ENCORE - RON COLSON TELLS THE STORY OF A REAL CHI-TOWN BURNOUT 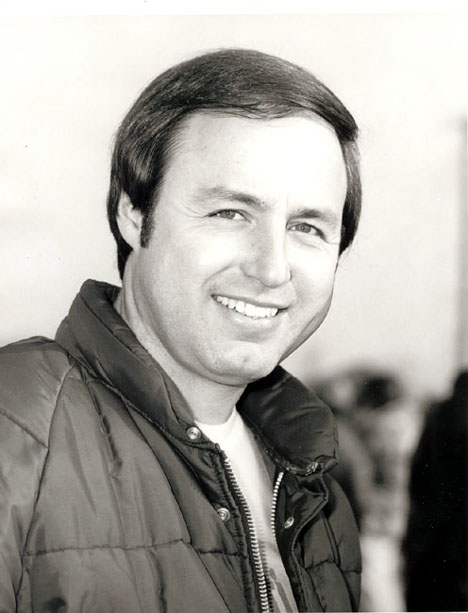 In early summer of 1972 I made the change from driving for the Hoover Wheel Alignment T/F team to the Chi-Town Hustler funny car.  At that time the “Chi-Town” team was struggling with the transition from TorqueFlite to Lenco/Crowerglide.  By late summer Austin Coil had mastered the transition and we were able to divert some of our attention to the many promotional opportunities which existed.

One of the most interesting projects was a publicity gimmick for S-K Tools that would have us do one of the famous Chi-Town burnouts with Buckingham Fountain in the background.  A bit of Chicago lore for the uninitiated – the largest fountain in the world is Buckingham Fountain located in the center of Grant Park, downtown Chicago’s lakefront park.  It is the origination point of the fabled Route 66.  In later years it was a starting point for TV’s Amazing Race and it was showcased in the opening of every episode of TV’s Married With Children.

The plan was to do the burnout down Columbus Drive which runs through Grant Park with Buckingham Fountain, Lake Shore Drive, and the expanse of Lake Michigan in the background.  Upon arriving at the location in the midst of TV camera crews, newspaper photographers & reporters, and an army of Chicago policemen on security detail we observed that the asphalt on Columbus Drive resembled the North Atlantic during a winter storm.  We couldn’t even coast along that roadway without ripping the pan off the bottom of the engine. 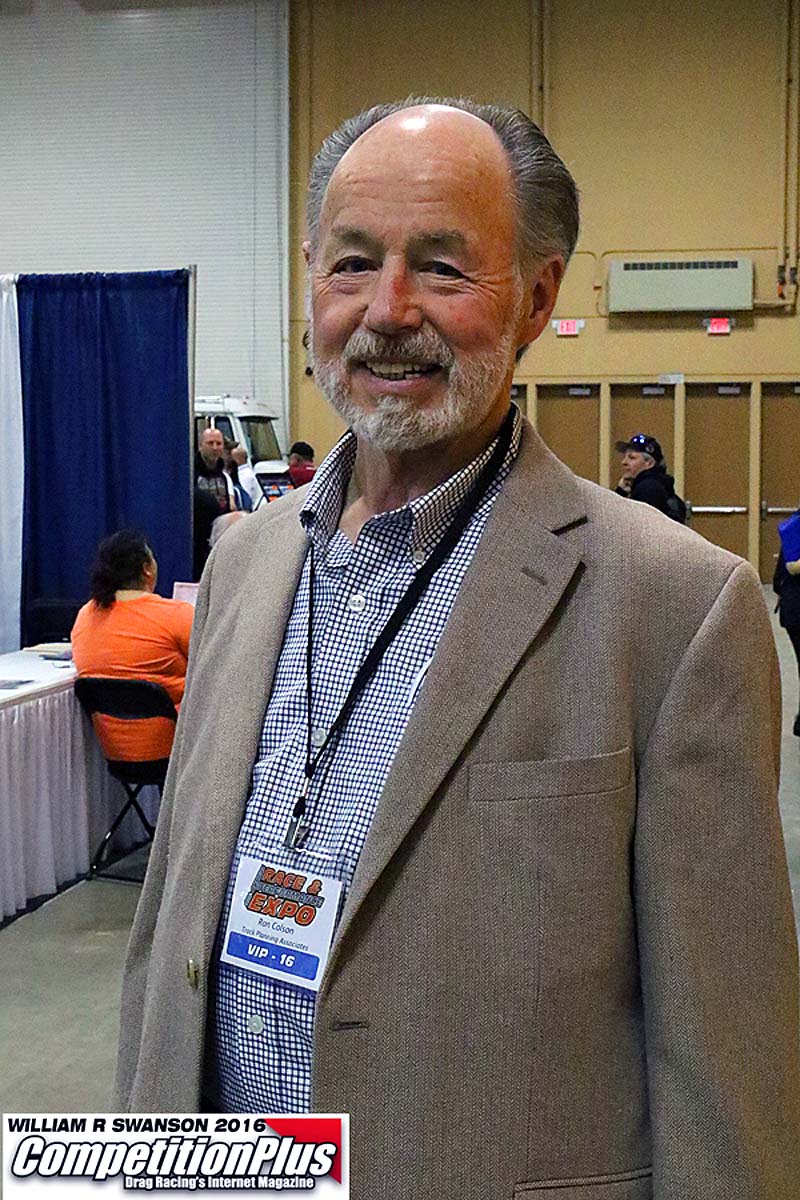 Drag racing has lost a legend.

Colson grew up in Oregon, Illinois, where he developed his automotive skills working in his father Leo's automotive garage. This early exposure led Colson toward drag racing.

Colson's storied career began in the late 1950s, working his way up the ladder through Top Gas and into Top Fuel, where he won the 1969 United Drag Racers Association Top Dragster series championship. 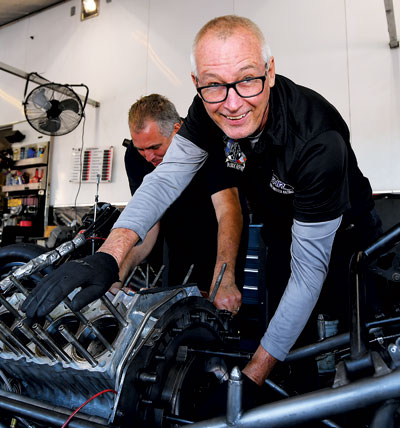 Johnny West has been around drag racing since the 1970s, driving Funny Cars.

Harkening back to his days of racing is what’s driving West these days as he’s piloting a fuel altered.

“Three or four years ago a partner of mine and I decided to build a true fuel altered more like in the classic 1980s type of thing and go back to the plan A days when I first started out racing,” West said. “It kind of picked up from there and now we are trying to promote this classical type of fuel altered, a real fuel altered. We are trying not have a Funny Car type of chassis that has a whole bunch of wings on it and some sort of a makeshift body and call it a fuel altered.” 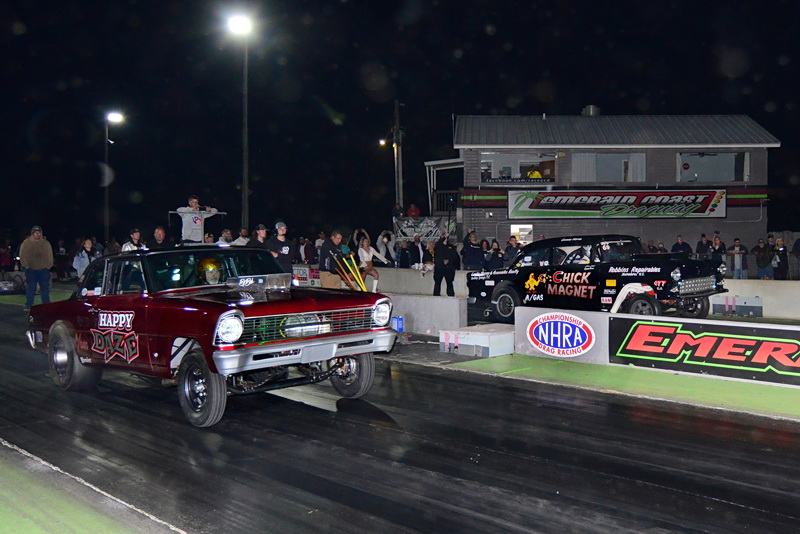 The Southeast Gassers Association (SEGA) began its tenth year of operations Mar. 20, with its 2021 season opener at Emerald Coast Dragway in Holt, FL. It marked SEGA's second trip to the eighth-mile strip on the Florida panhandle in just four months as it also hosted last year's final SEGA event.

Four official SEGA classes ran down the track, where 62 total entries of strictly 1967 or older body styles were eventually narrowed down to winners Ben Christopher in A/Gas, Ken Rainwater in B/Gas, Larry Floyd in C/Gas, and Robert Peffley in Super Stock. Beginning at noon, in just over nine hours the typically tight SEGA show delivered two rounds of qualifying, all eliminations, and even winner's circle celebrations.

Elapsed times and speeds are not reported by SEGA, as founder and promoter Quain Stott prefers instead to focus attention on close, heads-up racing without creating pre-determined favorites based solely on stats. 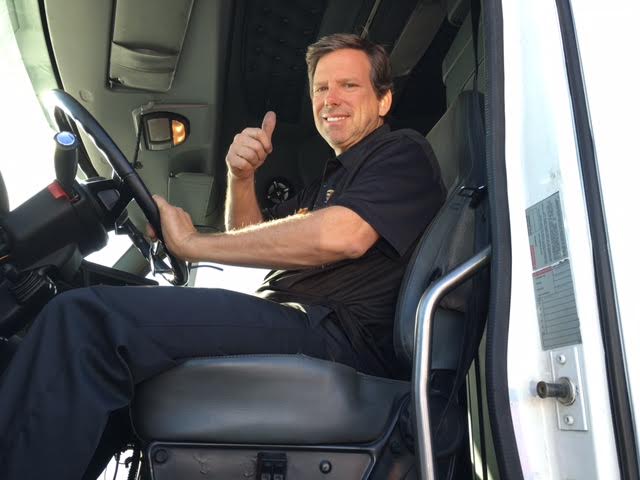 Two-time NHRA champion Del Worsham understands when he rolls through the Texas Motorplex gates next Thursday for the Funny Car Chaos season-opener, he will do so with a target firmly etched on his back.

Worsham is a Big Show regular making the bounty on beating him at a premium.

In the interest of fair reporting, the opportunistic opponents will be gunning for Worsham's reputation, which is as top-notch as it gets. However, he's coming to race with pretty much the same outfit as many of his adversaries have.

"We have a 40-foot gooseneck trailer and a duallie that we use for licensing and upgrading," Worsham said, and when we go run the Alcohol Dragster that I grew up running."

TROY COUGHLIN JR. ENJOYS SUCCESS AT GATORS AND BEING A FATHER

Coughlin Jr. advanced all the way to the final round of the season-opening AMALIE Motor Oil NHRA Gatornationals at Gainesville (Fla.) Raceway March 14 before losing to Greg Anderson.

“It felt good just to be back out there in front of a bunch of fans and have the chance to compete,” Coughlin Jr. said. “It was great to come out and do well with our group and I really enjoy being with my guys on the team.”

At the Gators, Coughlin Jr. defeated his teammate Aaron Stanfield, Fernando Cuadra Jr. and Mason McGaha before falling to Anderson when his Camaro shook the tires.