The Golden Age of Drag Racing Publishing that our series celebrates was not without its casualties. This second half of 1966 dealt deadly, back-to-back blows to fully two-thirds of the independent, national weeklies featured in recent installments. In July, Drag Sport Illustrated, the longest-running competitor to Drag News, was shut down by the U.S. Treasury Department after nearly three-and-a-half years of weekly publishing. No less shocking came Drag World's August sale to Jim Tice, who moved headquarters to AHRA's Kansas City office and hired all-new staff. Only the logo and layout design remained the same. In one month's time, thousands of readers lost a combined 100 issues a year of independent reporting and opinion columns.

Had these two dead tabloids managed to hang on a little longer, there might've briefly been six independent drag weeklies coming out of L.A. simultanously in mid-1966! One weekend after Drag Sport disappeared, something called Drag Digest was handed out free at SoCal strips, bravely promising better coverage of Western events than Drag News had been providing since 1955. Doris Herbert, the powerful Drag News publisher (since 1959), retaliated with Drag West, a separate weekly devoted to five Western states. Both battling tabloids wholeheartedly embraced Funny Cars, whereas all of their newsprint predecessors favored traditional open-wheel favorites: competition coupes, modified roadsters, altereds, and especially dragsters. Drag News additionally spotlighted the gas coupes and sedans responsible for generating a disproportionately-large number of advertising dollars during the "Gasser Wars" fought primarily on its pages.

While Funny Cars had earned grudging acceptance out west by their third season, women were still fighting for the right to drive serious drag cars. The accompanying clippings reveal that even in progressive southern California, where women had been successfully and safely competing against men literally since drag racing began, veteran Paula Murphy's intentions to wrap her pretty legs around a blown-fuel 392 Chrysler lit off the biggest controversy of this second half of 1966. Prominent male competitors, sanctioning officials, journalists and editors took sides in print that some may regret rereading onscreen. Murphy's cool professionalism both inside and outside of all types of fast race cars ultimately prevailed, setting a professional example for all those who followed in fuel cars, jet cars, rocket cars, stock cars, etc. — females and males alike.

Because this was such a significant season for drag-racing journalism, we're gonna give 1966 a bonus third installment when Drag Rags returns. Tune back in for the inside story of a sad and sudden end to one popular drag rag, as told in 2018 by Drag Sport Illustrated founder Phil Bellomy and his final editor, Forrest Bond (since deceased). Our interviews turned out to be each man's first on the subject since arriving for work one Monday morning and finding a Treasury Department lock on the door, 56 years ago. 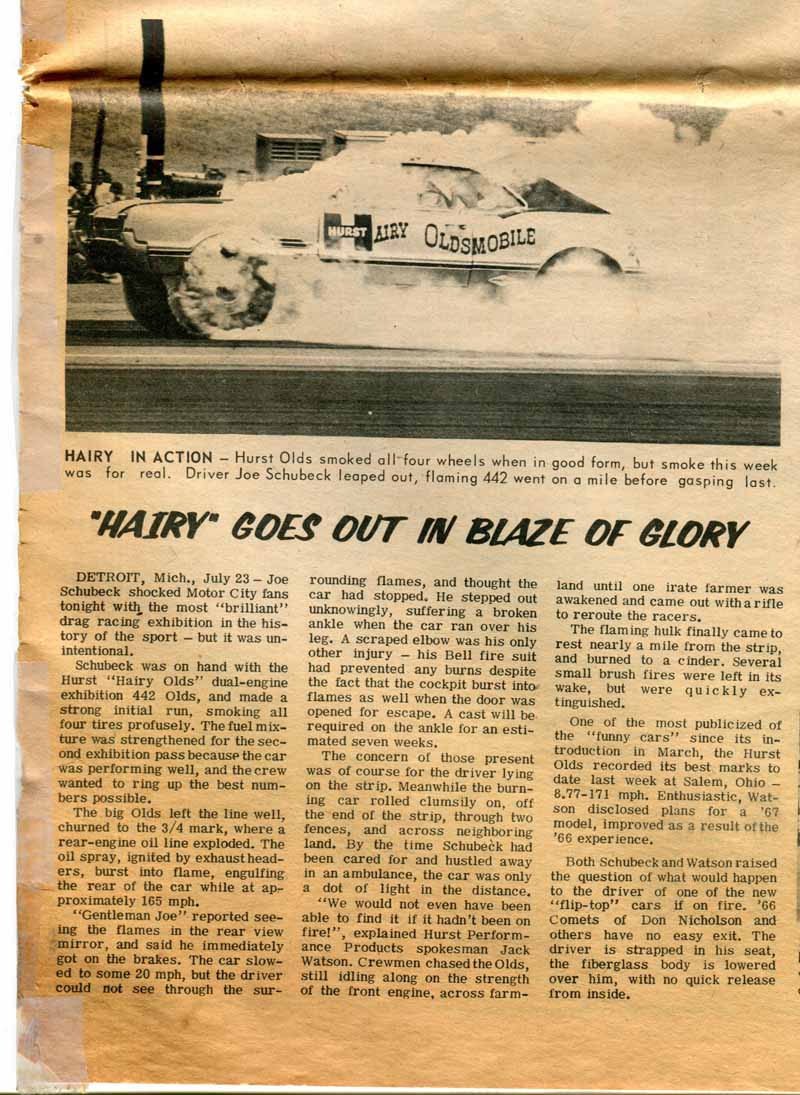 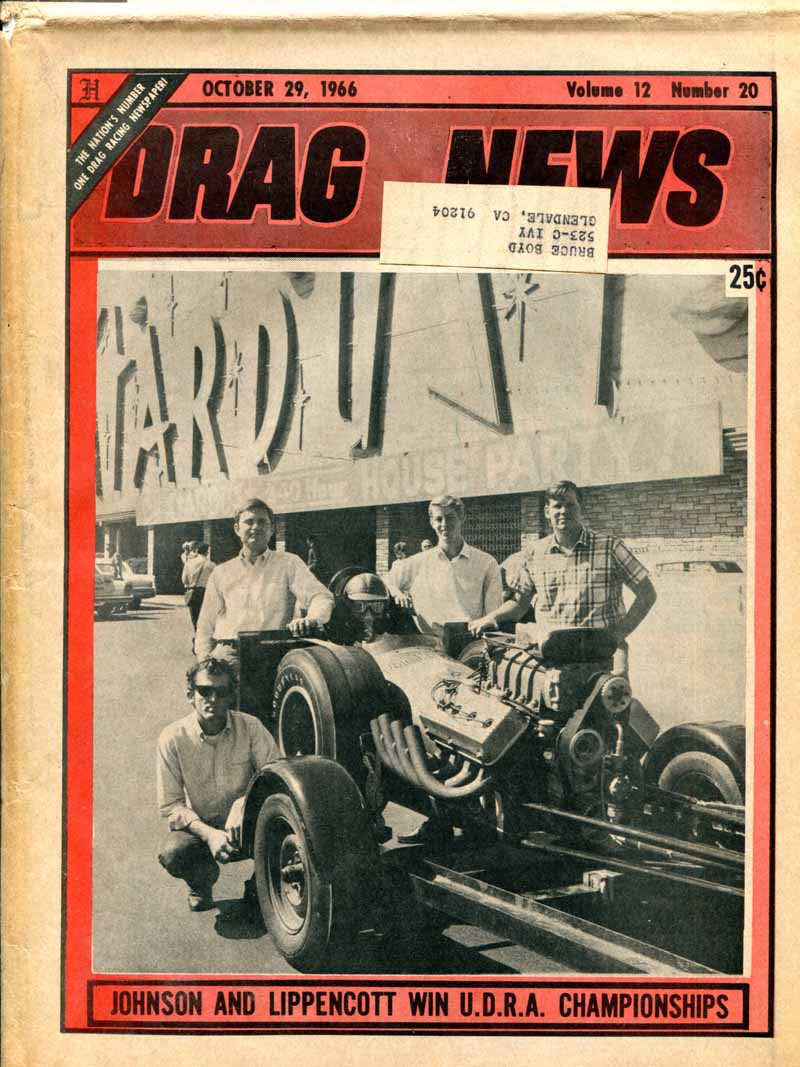 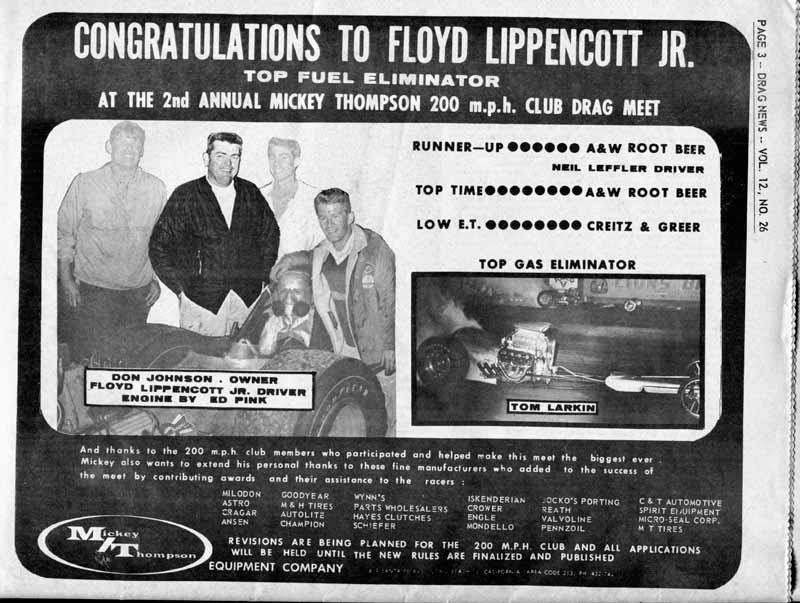