TECH: MAINTAINING OIL PRESSURE IS AN OBVIOUS MUST 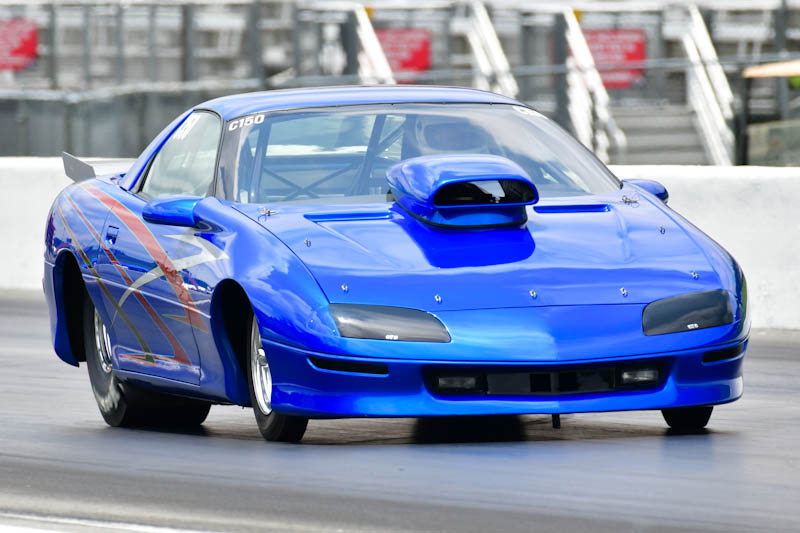 It’s pretty much a given fact that an engine without oil pressure won’t survive very long. Oh, there are some small engines which rely on what is termed as splash oiling where the spinning crankshaft and connecting rods fling the oil around to keep the combination well lubricated. However, that doesn’t work well when it comes to a high rpm race engine and hence the reason for an oil pump pumping oil either from an externally mounted dry sump tank or oil stored in an oil pan; a wet sump system.

Named wet sump for the obvious reason, it’s where oil is stored in the sump of the oil pan. In a dry sump arrangement, oil is stored in an externally mounted tank and fed to the engine by way of an external oil pump driven off of the crankshaft. The problem becomes a little complicated under heavy braking such as during deceleration after a run.

Under deceleration in a dry sump system, oil pressure is still fed to the engine because of the tank and pump. However, in a wet sump system, under braking, the oil tends to flow towards the front of the pan away from the rear mounted oil pump pick-up. Oil pan manufacturers have tried for decades to combat the problem and in some cases are very successful, but the problem still exists.

Now of course, you could add an extra quart or two to your engine, but that may cause the oil level to rise enough that your rotating assembly is spinning in a puddle of oil thereby creating drag and a potential loss of horsepower. There is a cure though.

An accumulator is basically an energy storage device. If you receive the water in your home through a pump and well, then you should be familiar with an accumulator. In the case of a well and pump water system, the pump can have a tendency for the pressure to surge. An accumulator tank is used to deaden those low and high pressures, keeping you with constant water pressure for your precious showers and the like.

In the case of an oil accumulator, it stores oil; the energy; in a pressurized condition which can be fed back into the engine if a lack of oil pressure is sensed. In the case of the unit manufactured by Moroso Performance, it’s a very simple affair that consists of a cylinder, inside which is mounted a floating piston with air stored on one side and oil on the other. The cylinder is then tapped into the pressure side of the engine’s oiling system. When the engine is first started and oil pressure is available, it forces a certain amount of oil into the accumulator, against the internal floating piston creating a pressure to exist on the back side; or dry side of the piston.

When a low oil pressure is sensed by the unit, the air pressure on the dry side of the piston forces the piston to feed oil pressure into the engine, thereby allowing precious components to stay well-lubricated.

The second may be the use of an external oil pump. In most cases of a wet sump engine, the oil pump is submerged in the sump of the oil pan. However, there are some engine designs which preclude having an oil pump mounted inside the oil pan. There are some other reasons for an external pump, such as to eliminate spark scatter and camshaft loads associated with an internal oil pump. But because they’re driven off the front of the crankshaft, an external pump must not only suck oil from the oil pan sump forward, but must also fight the effects of acceleration as the oil in the supply line becomes harder to pull forward.

In addition, even though an external oil pump is mounted low on the engine, it can still lose some prime as when the engine is first started it may take a split second or two before oil pressure rises.

“There shouldn’t be a race engine run down the track without an accumulator,” says engine builder and multi-time world champion Gary Stinnett. “It’s that important to maintain oil pressure in the shutdown area.”

In reality, it’s a very simple installation as most engine blocks have an oil passage drilled and tapped so as to facilitate connecting to the accumulator. If not, there are adapters which can be mounted between the oil filter and the block. While a single #10 line is recommended, we chose to use a smaller #6 line which allows for the pressure from the accumulator to empty slower; thereby maintaining pressure; into the engine. Stinnett even recommends a smaller #4 line, but in any event, the idea is to maintain oil pressure.

Two units are available from Moroso; a three-quart and one-and-half quart model; with each supplied with an on-off ball valve. An electric solenoid is available and useful to open and close the valve from the driver’s seat by way of hooking to ignition power.

Oil pressure is one of those funny little things that seem to be necessary. While it might appear sort of like blood pressure for an engine, it does differ in that without blood pressure there’s an immediate halt in life. Without oil pressure, an engine will continue to run, albeit not for very long.

Looking to buy a used drag racing vehicle or equipment? Check out our friends over at https://t.co/710ftr7sMa Head over to their Facebook page and give them a follow; no junk - just good stuff. - https://t.co/p5JM6dNb2i pic.twitter.com/NyCcZV7qdn