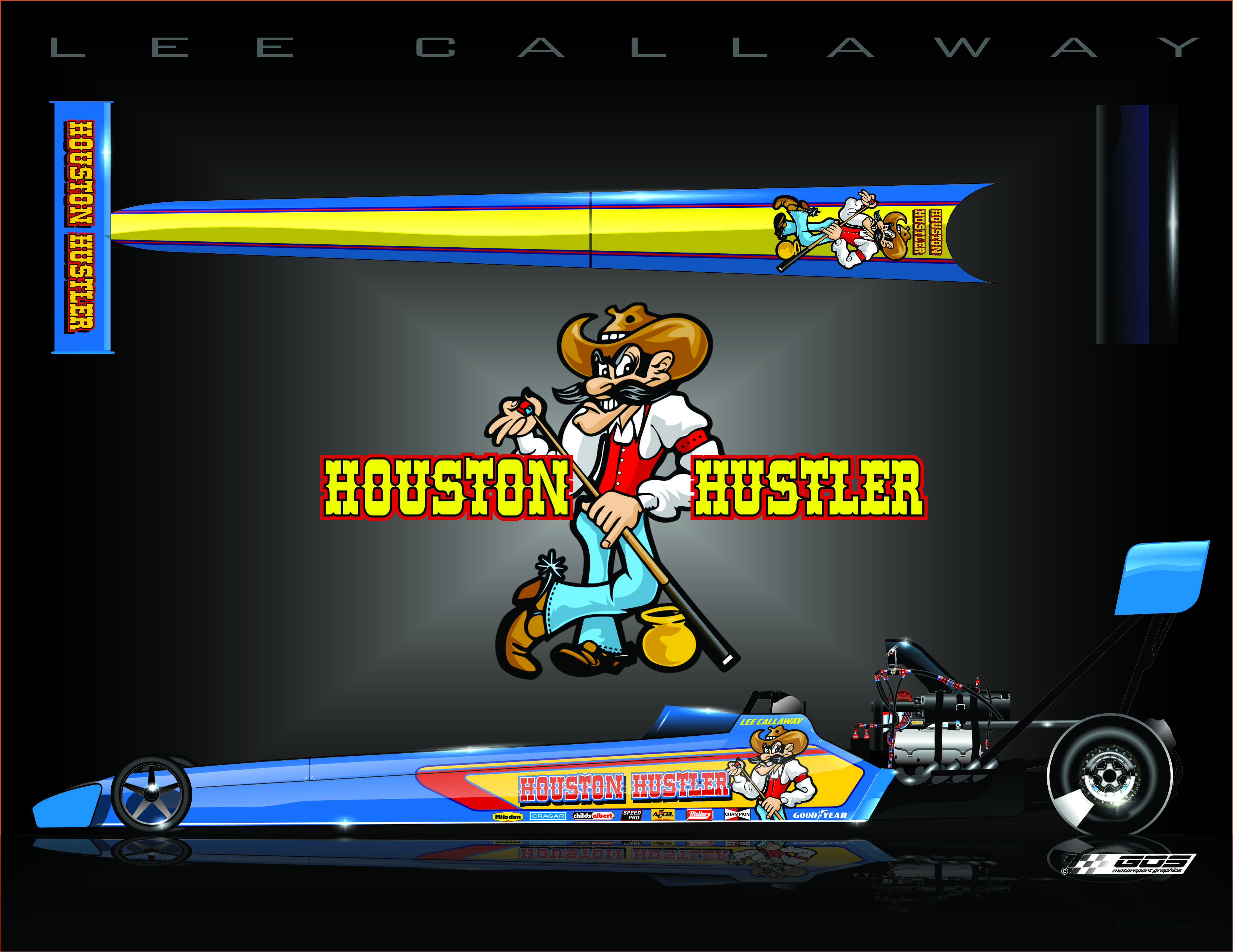 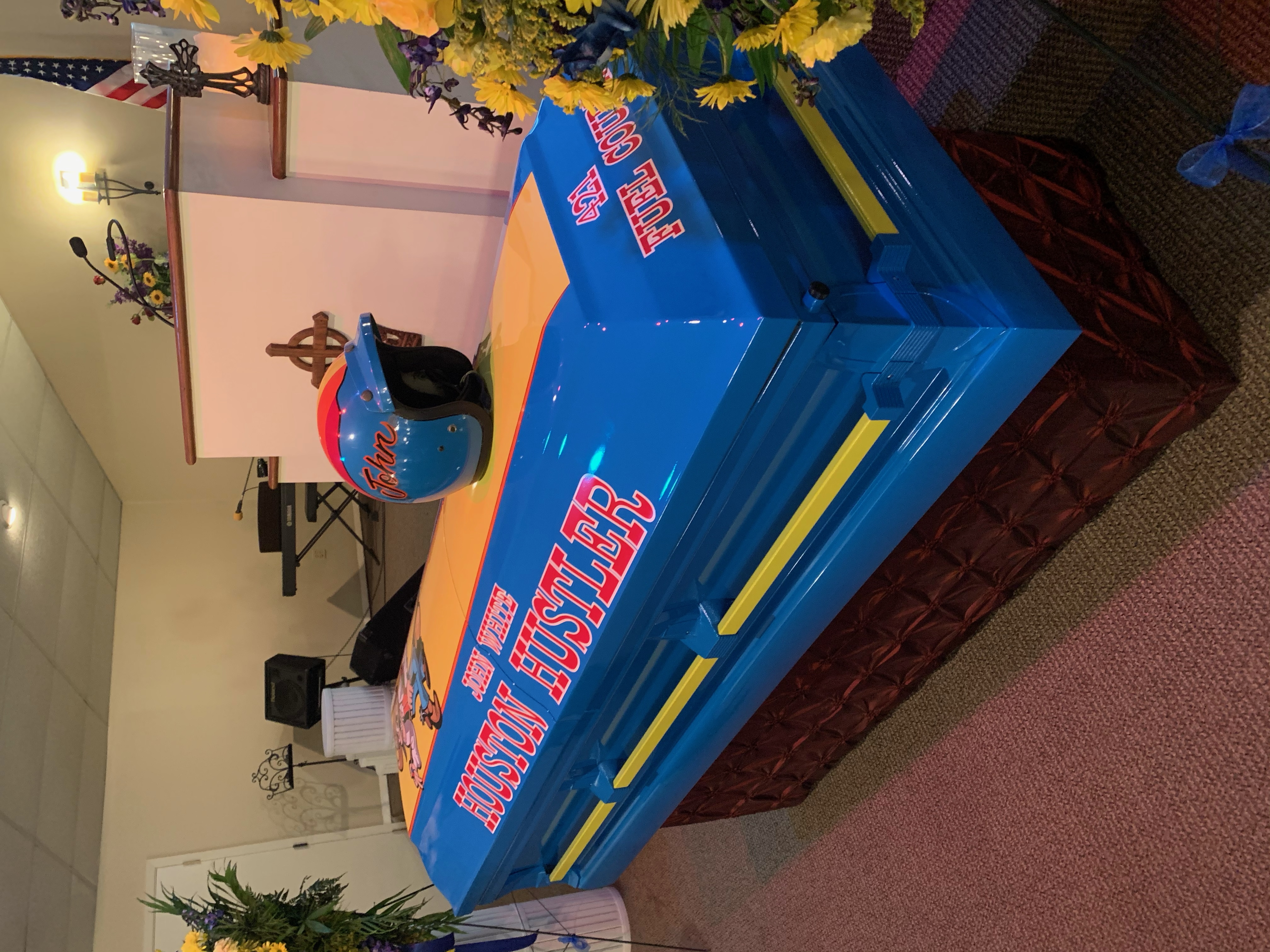 When it came to drag racing heroes, there was only one for Lee Callaway.

The sun rose and set around this Funny Car driver, at least as the youthful eyes of Callaway saw it.

As far as he was concerned, for Callaway, NHRA Division 4 racer Johnny White was as good as it got back in the day.

The former Top Alcohol Dragster standout Callaway plans to run a limited Top Fuel schedule in 2022 and will do so with a paint scheme honoring White and the paint scheme he ran on the Funny Car when he won the 1977 NHRA Cajun Nationals.

"Johnny and I always had a connection," Callaway said. "My dad [Dickie Callaway] and him had been friends since they were twelve, and my parents worked on his team. I've had all his stuff since I was a kid. I had his fire suits, and the one he wore at the '77 Cajun Nationals, and things like that.

"You know, I had Wayne Dupuy come to me and want to do a [Funny Car Chos] tribute car. I just decided if I was going to do a tribute car, we'd do it with my own dragster."

Callaway already had a run at honoring White when he was buried in a Greg Ozubko paint scheme-adorned casket, painted by Callaway himself.

Callaway has planned to race for the last two seasons, but circumstances have always found a way to create a roadblock.

"The year before, we had the virus, which I didn't know how things would go," Callaway explained. "Then we had this past year, the weather." 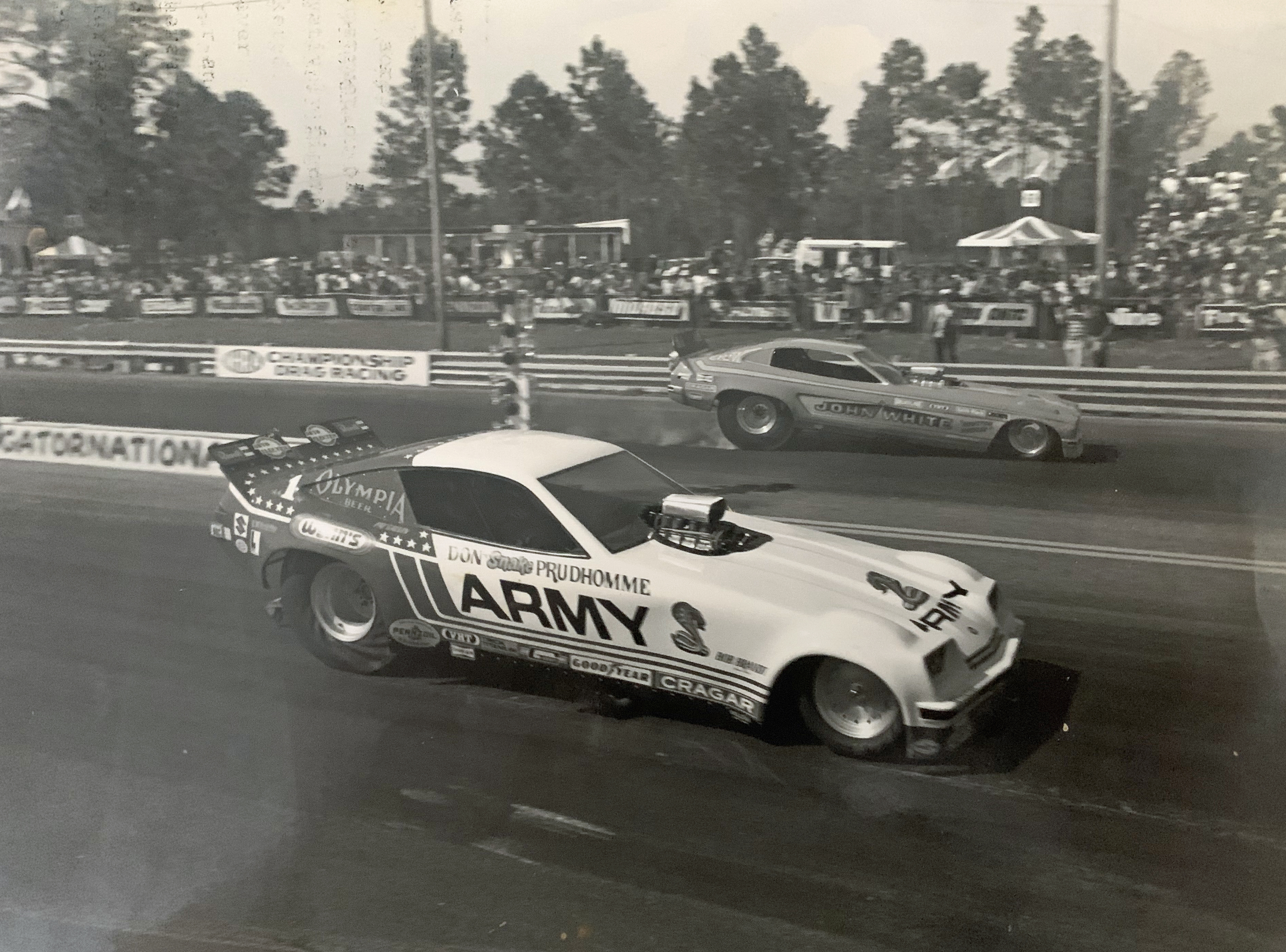 One thing's for sure when Callaway hits the track, he's only content to do so with a chance to win.

"I only like to race to win," Callaway said. "I don't go out there just to qualify. I just haven't been able to get to that point to be competitive. Scott's [Palmer] has helped me a lot, but I want to do my own program. I plan on doing that. But it's like nothing has ever got back to normal. Luckily, I bought parts for my thing months ago, because Tom Conway and I are still very close friends and like family."

Supply issues have made getting parts a challenge for many of the teams.

"My business does really well," Callaway said. "And luckily, even with all the craziness going on, scrap prices and things going up, it has made me a lot of money because I own an impound facility. So I end up with all these cars and stuff that we scrap. I could fund my racing off of that, alone. But still, the rest of the world struggles something crazy. I don't know."

Callaway is unsure of his return, as he is presently on the mend from a motorcycle accident close to Houston Raceway Park. The front wheel of his bike drove into a rut in the pavement in a construction zone which threw him from the bike. He was then struck by a car.

"When I got up off of my motorcycle that day, my leg was straight, and my foot was at 90 degrees," Callaway added. "I've rode motorcycles all my life, so it was just one of those things that happened."

The NHRA SpringNationals in Houston is scheduled for April 22-24, 2022, and well within the time frame, his physician expects Callaway to be back at full strength.

"He told me at 12 weeks, he said he don't see no reason why I won't be ready to run the event," Callaway explained.

"I'll probably do it after the race season," Callaway said. "I'm ready to get back out there."