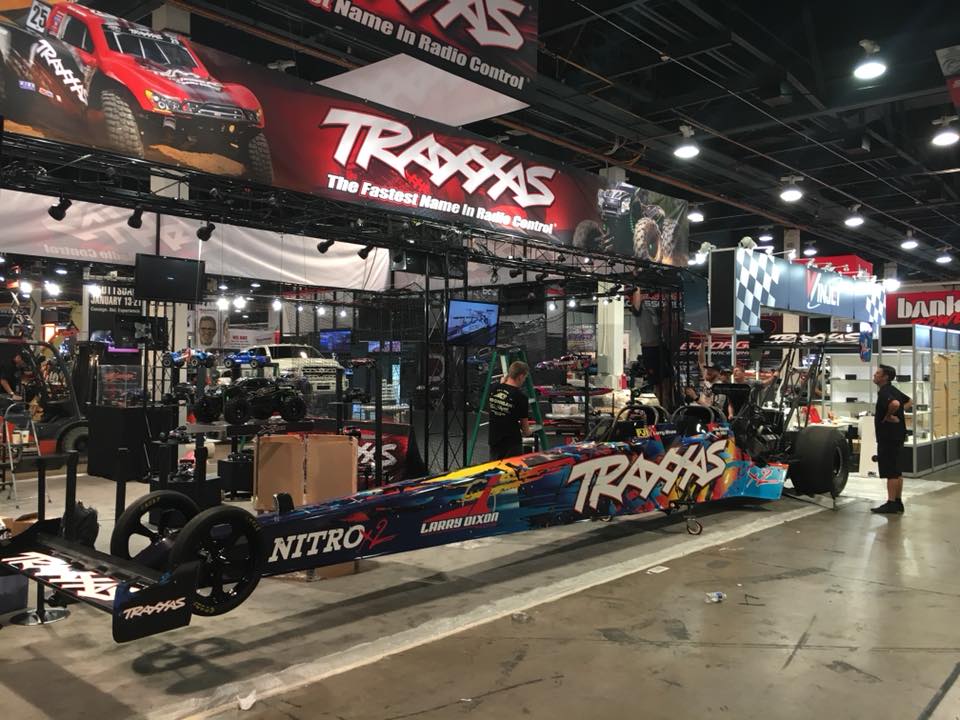 Three-time Top Fuel champion Larry Dixon says the situation which got his competition credentials suspended indefinitely was ignorance on his part.

In a prepared statement NHRA said, "NHRA Tech Department discovered the use of an NHRA chassis tag on an unauthorized and unapproved two-seat dragster. Any further incidents could result in further action. Larry can appeal the decision, per the 2017 NHRA Rulebook."

Dixon didn't deny the certification sticker was on there.

"I know the sticker was on there, but I didn’t know it was breaking any rule to have it on there and if I did it would have been off in a heartbeat," Dixon explained. "It was a two-year-old expired sticker, and so I didn’t really think anything more than that other than it was an expired sticker."

CompetitionPlus.com reached out to the NHRA multiple times to expand more on the situation but as of publication have not been provided any further clarification.

Dixon said he built the car to further enhance drag racing marketing, a rolling example of the impact companies could make using fuel drag racing as part of their advertising program.

Dixon's innovative two-seat dragster was built from a modern Top Fuel dragster which he had chassis builder Murf McKinney alter to add an extra cockpit.

Dixon said he understood the importance of a chassis needing a certification for competition, but with this being an exhibition vehicle, he believed it fell inside of a gray area and wouldn't necessarily require a certification.

"Everything that runs in exhibition: wheel-standers, jet cars, jet trucks, two-seat gas dragsters, two-seat top fuel dragster – there is no SFI spec to get in," Dixon explained. "I didn’t know, and I’m obviously very sorry to create all this uproar."

Dixon had run the car several passes at a couple of tracks, one of those included Edgewater Sports Park outside of Cincinnati, Ohio, an NHRA sanctioned facility. 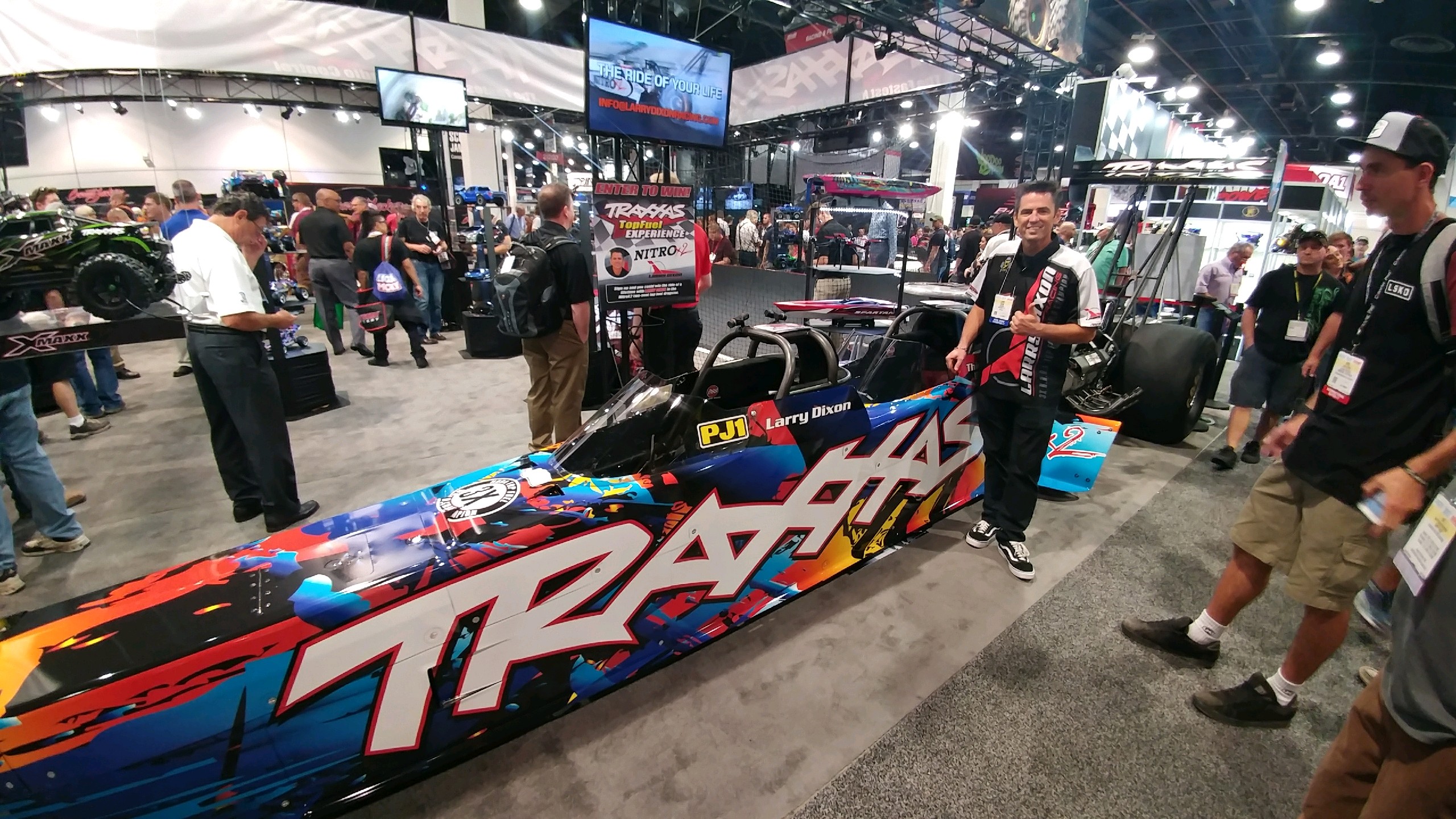 "The times I ran the car were in private tests," Dixon confirmed. "So we’re on our own. We’ve never run it at any event. We rented the track, had the track to ourselves, so it’s never run at any open event."

The only time the sticker became an issue, Dixon confirmed, was when it displayed at the SEMA Show as part of a Traxxas promotion.

"[Representatives of the NHRA] came by the display on Tuesday morning when the show opened to the public, and they didn’t let me know," Dixon revealed. "They told Traxxas they didn’t want that sticker on display so the guys from Traxxas, while I was gone doing an interview, they covered up the sticker. Then when I got back at around lunch time on Tuesday at Noon, [NHRA] had already come back and pulled the tape up and removed the stickers. That was the first day the car debuted to the public, and it was already gone, NHRA already had possession of the sticker. They took it."

Dixon said he was told an NHRA sales executive had removed the sticker. The fact NHRA took the sticker didn't bother Dixon in the least because he said he never intended to insinuate NHRA had blessed the car.

If Dixon had tried to pull a fast one on the NHRA, he's quick to point out he'd never have approached them in the first place with the initial concept.

"Anything that got done with this car, I took Peter Clifford and told him what I wanted to do about this and all that, and he absolutely loved it," Dixon explained. "He wanted to see this thing come to life and he wanted me to get with [NHRA VP of Operations] Graham [Light] to get it approved. Now why he couldn’t do it and left it to me, I have no idea."

Dixon said he set up a meeting with Light and even spent $3500 on a computer program to ensure the car could be safely constructed before they went forward with the project.

Dixon said for whatever reason Light denied the approval.

"He wanted more information on it, he wanted a business plan for it," Dixon said. "He wanted to know the tune-up on it, who would be running it. So I’ve been working on all of that and keeping that in mind because I thought at some point they would maybe bless this thing. It wasn’t just no, I asked him about running it Mondays after events and possibly if it shows well, be able to integrate it into the show, into the weekend for running VIPs and celebrities down the track." 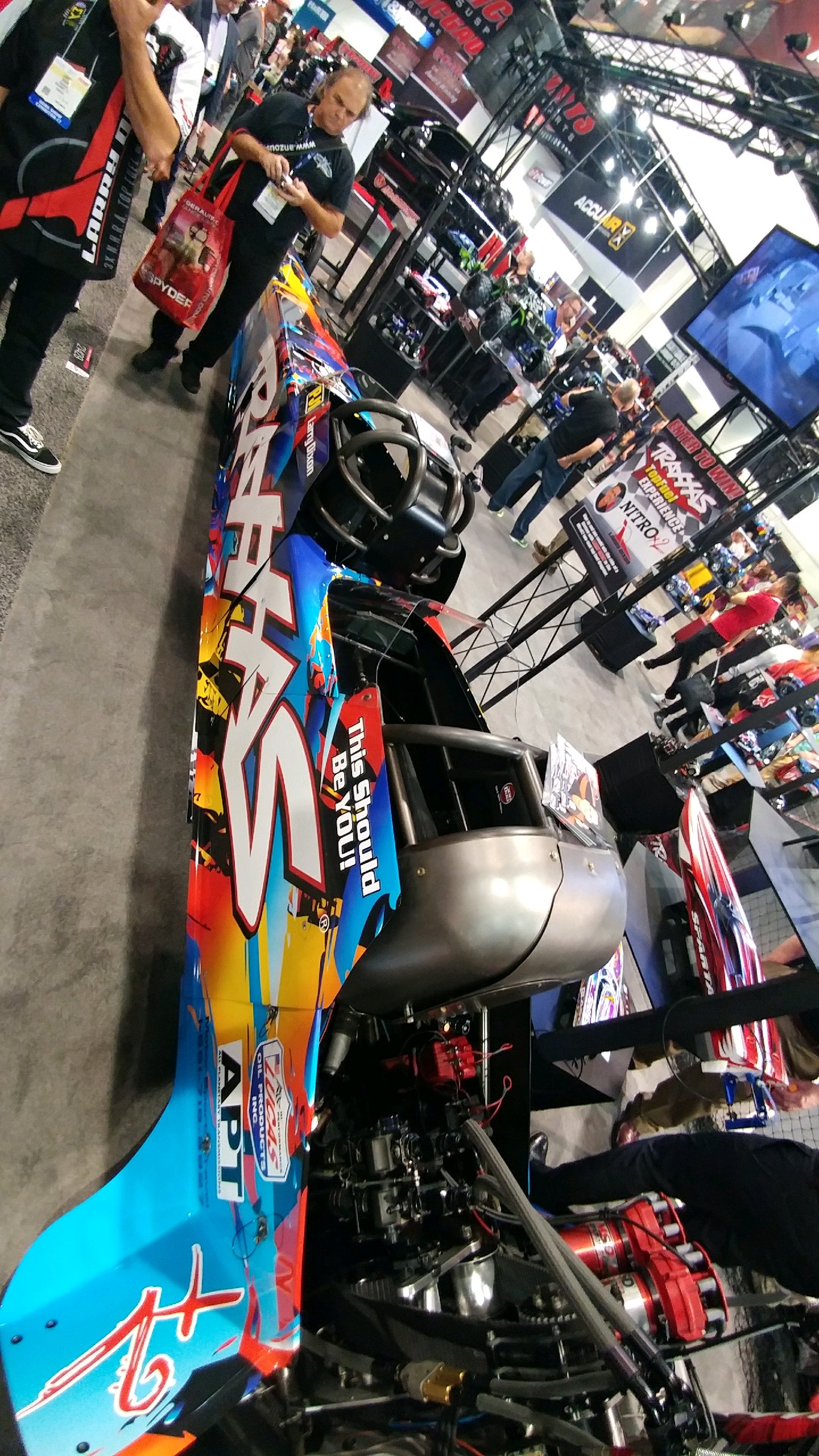 Dixon said Light said no to the car being part of the NHRA program but not to its construction. This turn of events was disappointing to Dixon, who said he also presented his insurance policy to NHRA as well as every aspect of how to car would work including chassis load.

"I have been working on the business plan," Dixon explained. "I got DSR to help me with the tune-up of it, and they were running the car underneath them. So this isn’t something I just did on my own. I have been going through the procedures on it. It goes to market, and it’s just been a hit. Over a million views. People like it."

SEMA had already given their blessing on the car.

“Larry Dixon Racing has now created an opportunity to actually put a racing fan safely in a seat next to a pro drivers in a two-seat Top Fueler and make a pass,” said Doug Evans, Secretary and Past Chairman of SEMA (Specialty Equipment Market Association). “I think this is an outstanding way to reach out and get people excited about all things racing and automotive.”

This situation is the second major one Dixon has faced with the NHRA this season. In his first race with the newly formed Larry Dixon Racing in Gainesville, Fla., he learned the hard way promotion of a race closely affiliated with another race series is not allowed in the NHRA Mello Yello Drag Racing Series.

The direct competition was The World Series of Drag Racing, an event hosted by Cordova Raceway Park, which is owned by the International Hot Rod Association.

Dixon ran in Friday's qualifying at the NHRA Gatornationals with the decal covered by duct tape. He also lost the funding of the sponsor but came out on the positive side when Chris Vandergriff of Hedman Husler Hedders stepped up with sponsorship.

Dixon refuses to speak badly of the NHRA but wishes the situation could have been handled differently.

"Initially I was crushed, and now I’m embarrassed because I would never have put myself or them in this position to do that because that’s not who I am," Dixon said. "Literally everything that I have in my life I owe to the NHRA, including my wife. I met her at an NHRA race. So I’m the biggest banner-waving NHRA guy that there is. So I wouldn’t want to do anything that they would look down upon. So I’m embarrassed by this whole situation.

"I love this sport. I love it with all my heart."