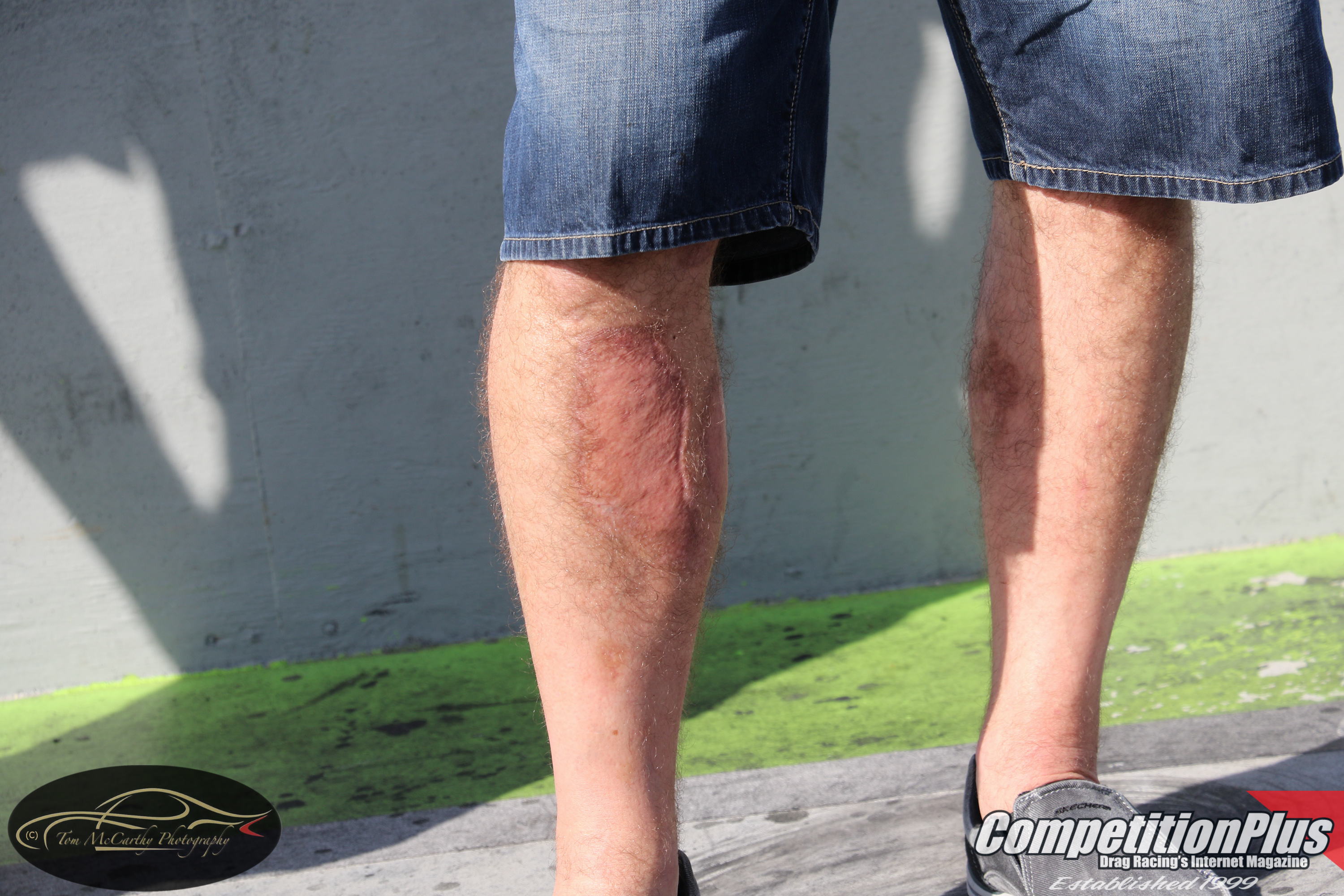 Scars can be a window to the soul. Most times, a scar can relate life-changing experience.

As motorcycle drag racer Larry “Spiderman” McBride, of Newport News, VA, prepared for the 2016 racing season, he did so with something he didn’t have at the start of the 2015 season; a painful skin graft which healed slowly. Not his first scar from his chosen vocation of being a Top Fuel Motorcycle drag racing pilot, but another scar nonetheless. “You know, 2015 was a while ago and I don’t really think about it at all today," McBride said. "I mean, at the time it was painful, yes, but today, you can’t hardly see the scars at all. The surgeon did a great job. I think seeing my femur sticking out of my leg was more memorable, that was a crash in the 70’s on a dirt drag bike. Or the time I broke my elbow or my arm. I’ve had a memorable career so far.”

McBride's resume is chock full of experiences including bailing from a Top Fuel bike at over 200 MPH as well as riding out a fire at 180 miles per hour. At 58 years old, Larry understands he’s lucky to be still alive. Scars are required when a person lives a life steeped in extremes.

But that was not his overriding focus going into the 2016 racing season. What he wanted most was to get his Top Fuel bike program on track to compete for his 16th championship. Larry’s focus was upon going faster and quicker during 2016, not atopical considerations relative to dermal disfigurations. 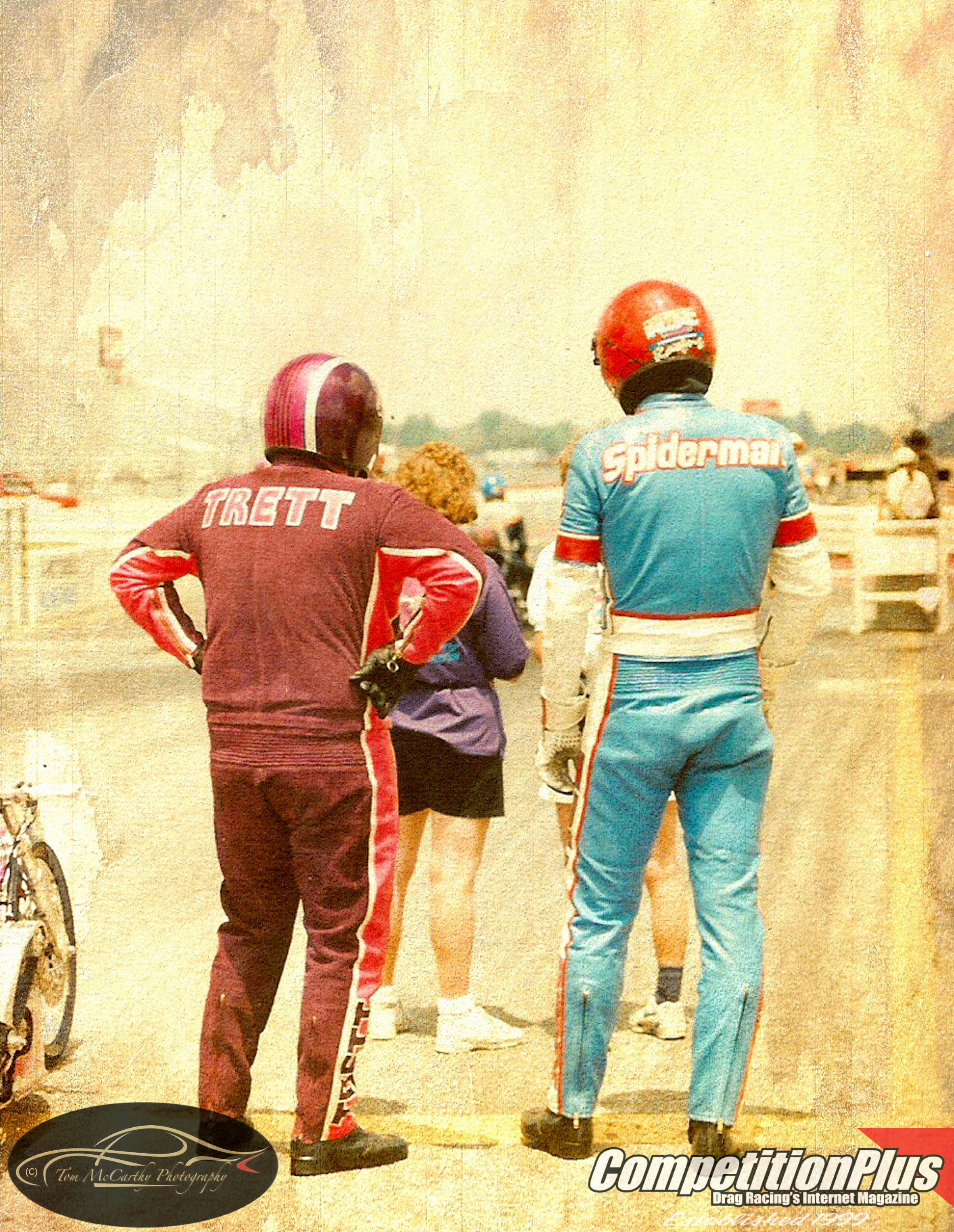 Not all of Larry’s scars are visible. Sure he’s got a very visible scar on his legs, but it’s the t-shirt he wears which covers the biggest car of them all - the one in his heart.

Larry has had cardiac issues, not a rare by-product of 62 years of living life on the edge. But, a broken heart from losing a mentor and close friend one which will never really healed up, and likely will never. On September 1, 1996, he watched Elmer Trett make his last run down the drag strip succumbing to injuries sustained in a high-speed accident.

One day they were racing their Top Fuel motorcycles, the next day, he was gone. That experience was his most painful injury.

Larry considers his Elmer Trett shirt he dons underneath his leathers as both a tribute and a talisman as he rockets down the quarter-mile. It’s a moment he cannot forget.

“Losing Elmer and seeing him go, that was the darkest day of my life right there," McBride explained. "I think about him every run. I wouldn’t be where I am today if it weren’t for Elmer.”

Scars are not a bad thing for they remind us: we are only human and our time is short.