Typically, racers must wait to receive their prize monies in the
form of a check delivered by standard mail services. Now, Team M/T offers
winning racers the option of receiving their prize monies immediately via a
special Encompass® American Express® credit card which is credited with a
pre-set balance upon confirmation from the racing sanctioning body regarding
race results.

BROGDON DIPS INTO THE 6.50s

Rodger Brogdon is having a tremendous rookie season thus far in 2007. 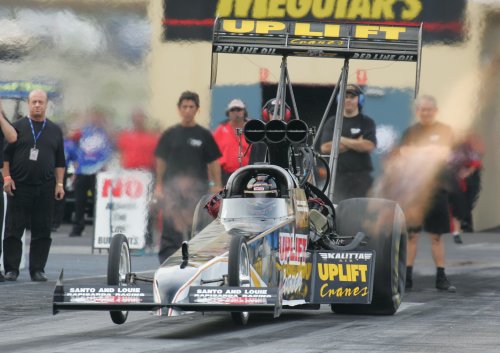 Alan Dobson, West Australian native and the driver of the Rapisarda Racing Top
Fuel dragster recorded the quickest run of his career with a 4.601-second pass
to claim the number one qualifying position going into tomorrow's final
eliminations of the fourth Summernationals prese nted by NRMA Motoring +
Services.

"I've wanted to make a return to Sydney and I couldn't think of
a better place to do it than at WSID - truly a world class facility," exclaimed
Dobson.

Tim McAmis Race Cars announced the implementation of their
2007 sponsorship packages with IHRA & ADRL. The program will include
contingency payouts for the TMRC line of composite bodies and also the ability
to be on the manufacturers’ midway with their new support/display trailer.

HANNA AND CLACK READY FOR 2007

Fri, 2007-02-16 16:03
With Mardi Gras right around the corner, the Clack Motorsports NHRA Top Alcohol
Funny Car team will debut their new sponsor, The Big Easy Daiquiri Factory at
this weekend's Division 4 Lucas Oil Drag Racing Series opener at Houston Raceway
Park.  The team is entering it's second full year of competition with driver
Will Hanna, who started racing at HRP at the age of 13.
Hanna, 28, of nearby Richwood, Texas, hopes to
start the year with a bang at his home track.

Force, who has earned an NHRA record 122 victories and 131 No.
1 qualifying positions during his legendary career, will meet with
media and NASCAR drivers and team owners during his trip to the
historic NASCAR superspeedway. 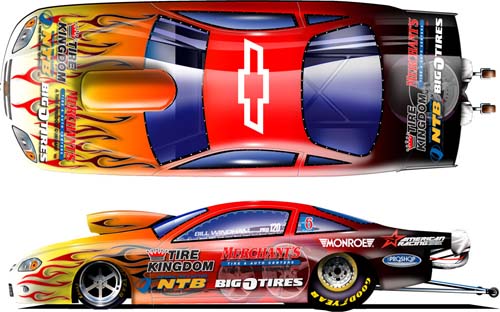 When the right opportunity to go NHRA Pro Stock racing came along, Bill
Windham decided the time was right.

“I’m not getting any younger,” said Windham Wednesday, shortly before celebrating
his 50th birthday.  “I guess
I’ll be the oldest rookie in Pro Stock.
I may be starting my new career at 50, but I am young at heart and have a
lot of energy.  I’m ready to have a
20-year career.”

The Rod Shop Reunion will take place during the weekend of June 15 - 17 at National Trail Raceway.

In an effort to support the Make-A-Wish Foundation, Standard 1320, a
group of dedicated drag racers have received helmets donated by two
noted Drivers, Jim Murphy and Mike Boyd. Murphy wore his donated helmet
during his third March Meet win in 1999.  Boyd’s helmet has been signed
by many of the leading figures in drag racing.  All proceeds will then
go to the Make-A-Wish group to use as they see fit.