Ron Capps led the points in Funny Car for 14 consecutive races
before the points reset for the playoff and he’s slipped back to third
place right now heading into Dallas. Ron, what’s it like to be in the
middle of this Funny Car race with only 41 points separating … this
Murderer’s Row of drag racers from third to seventh place, you have
yourself, Gary Scelzi, Tony Pedregon, Mike Ashley, and John Force?

RON CAPPS:  Yeah, it’s pretty brutal.  I was looking at the
points again and the other categories don’t seem to be as close when
you take ‑‑ everybody is bunched up from third to six within one round,
I think, something like that.  But either way, it’s close.  We’ve been
through it … the way we came down to the wire at Pomona the last few
years and Tony Schumacher’s run last year to win on the last run we
felt like we’ve been in it.  So we can take that experience.

But even being through it like we have, nothing prepares you for it.
Once you get to the starting line, it’s we’re not like Cup drivers
where we get to go around and around and you get to make up a bad lap
the next lap.  A crew chief has one shot at getting the car to go down
the track and I think that’s really what sets our score apart.

Don Schumacher said he was
unprepared for Wednesday’s notification 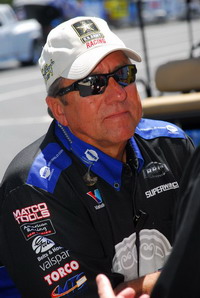 Friday’s announcement that the U.S. Army was ceasing their
association with the Don Schumacher Racing Pro Stock Motorcycle team
came as a total shock on Wednesday to the racing world. Two days later
it shocked the rest of the racing community.

“The conference call on the Wednesday prior to the Memphis event, this
decision came as a total shock to me,” Schumacher said. “The last word
I had heard prior to that was that they were continuing with the
present program in place and that everything was just fine.”

Schumacher’s program with the U.S. Army runs on a year-to-year basis
with a particular deadline every season. He said the advertising agency
who represents the U.S. Army account had already verbally given a
commitment within the specified time to continue for 2008. That order
was rescinded.

Fans of the Angelle Sampey and Antron Brown tandem might be forced to pick one of the two for 2008. 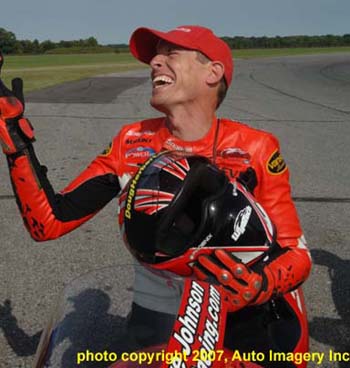 Steve Johnson enjoyed his best weekend of the season after advancing to
the final round on his Snap-on Tools Suzuki during this weekend past at the NHRA Mid-South Nationals in Memphis, TN.
The Alabama resident defeated Chris Rivas, Hector Arana, and Craig Treble on a
holeshot to reach the money round for the first time this season.

The 20-year racing veteran
broke in the final round against Andrew Hines to end his fantastic weekend.

But, while all might have appeared peachy on the outside -- on the inside Johnson's weekend was a tempest.

“As a competitor, I’m pretty proud of my riding contributions
this weekend," Johnson said. "It’s so easy to redlight,
or have an okay light or even be late, but this weekend I was in the zone, where
everything worked perfectly.  I don’t
know how to explain it, but every time I went to the starting line my vision
narrowed down and it was just me, our Suzuki and the Tree.  Everything else faded away, and that’s why we
had really good Reaction Times in every round. 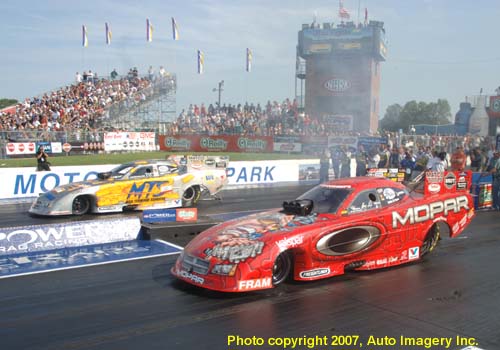 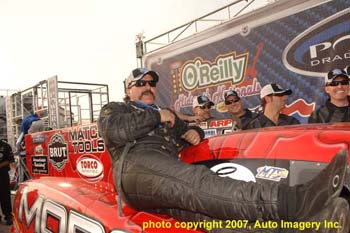 Four-time NHRA world champion Gary Scelzi said his
team fought gremlins all weekend, but he overcame them with his third victory
of the year on Sunday. Scelzi opened the day with a holeshot victory over Gary
Densham, then went on to beat Del Worsham and Tommy Johnson Jr. to finally
square off against teammate Jack Beckman for the event title.

"Isn't it amazing what
my little Hawaiian crew chief (Todd Okuhara) can do?" Scelzi said after
his semifinal win. "He can make this short, little fat wop look pretty
good. I'm excited as hell. This Countdown is a big thing for us. We struggled a
little bit here but this car is really ready to rock and roll, we haven't
unleashed the beast yet. Something's always breaking or going wrong, we've
still got some gremlins.

"You know they got me
monitored up on ESPN2 with Dunn and Page. It's hard for me to talk without
cussing, so they took the radio out. They can't listen to me now!" 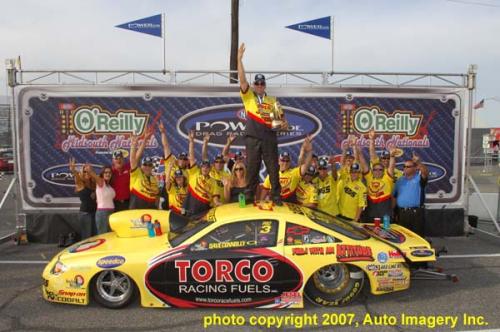 Dave Connolly has opened the Countdown to Four with back-to-back victories over
season-long dominator Greg Anderson and the young Pro Stock phenom is feeling as
confident as ever as only two races remain until the Countdown to One fields are
established.

Jim Oddy
said he’s enjoying his retirement from building engines and racing and that
Mooresville, ,
has provided the perfect backdrop for his retirement. The former Pro
Modified icon ventured out to the ADRL's Dragstock event hosted by
Rockingham Dragway.


This past weekend's event left
Oddy wondering what might have been

“This is the kind of racing
we always dreamed of where you could bring your car out and run it as hard as
you wanted and not get the reward on Monday of another 100 pounds or 10% less
on the blower,” Oddy said. “This is what I actually wanted to do way back
then.”

NO BLUES FOR TROXEL IN MEMPHIS 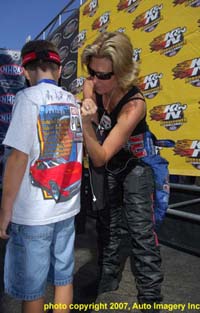 driver Melanie
Troxel won her second event of the year in her third final round appearance
after a terrific pedaling job in the semifinals against Brandon Bernstein.
Troxel was able to get to the finish line first after both cars smoked the
tires right off the starting line and the pedal-fest was on. She had no idea
how many times she stepped on and off the throttle.

"I'm going to guess
three or four," said a smiling Troxel. "I don't know if that's right
or not, everything happens so fast in there you don't really know what you're
doing you're just reacting to the car. That was a crazy run, I could hear
Brandon over there pedaling away and neither of us could get the car hooked up.
Thankfully the belt stayed on it, that's the first time this weekend that it
hasn't gone to the finish line with the pedal down. It's just our lucky round
and we're happy to be going on to the final."

THE COUNTDOWN SHAPES UP

In Top
Fuel Doug Herbert made the biggest move with his runner-up effort, landing in
fifth place, 43 points out of the top four.

Countdown leader Tony Schumacher was
upset in the first round, but didn’t lose too much ground because Larry Dixon
and Rod Fuller lost in the early rounds, and Brandon Bernstein used a semifinal
finish to hold on to his top four spot.

AS THE TURBO SPOOLS

Annette
Summer said her tough decision to sit out the ADRL Dragstock event in Rockingham wasn’t a tough one to
make. She wanted to see her turbocharged Corvette run quick and fast, with or
without her.

That's why she selected veteran journeyman Todd Tutterow, a practiced turbo racer. He was her only
choice.

“I knew that Todd was very
capable of driving the car and that’s why he was my first choice,” Summer said.
“I’m pulling for him to do better than I ever did. I just want my car to do
well. It’s not a competition or jealousy thing. This was a business decision.”

Summer said her Corvette
ran a 4.20 at 181 miles per hour during an event in

KENNY NOWLING - "I FILL THE SEATS" 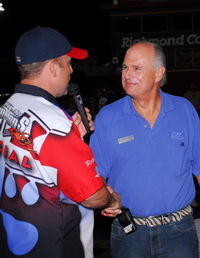 If you thought last year’s
Dragstock event brought forth a packed house, then 2007 would have blown you
away. An unofficial tally put over 30,000 spectators in attendance (even the
Mayor of Rockingham) for Saturday’s show. By the time 2 PM rolled in, there
wasn’t a seat to be found on the left-side concrete barriers or the pit-side
reserved seating.  Once  again,  ADRL President Kenny Nowling and Rockingham Dragway's Steve Earwood hit an upper deck shot.

Nowling
doesn’t deny a plethora of tickets (rumored to be 200,000) were free giveaways
in the local market. The major sanctioning bodies hacve criticized this practice.

“I get the crowd and it
doesn’t matter how I get them here,” Nowling said.

Nowling’s marketing
concept has reportedly caught the eye of at least two major Fortune 500
companies who are looking to become major partners with the three year old
sanctioning body in 2007.

“These companies would
have never given us the time of day if we were only putting 5,000 people in the
stands,” Nowling said. “I knew after
when we only had 112 spectators that we needed to do something. There are so
many things out there fighting for their entertainment dollar. The fact they
were having the world’s largest free BBQ only 15 minutes away didn’t help our
cause.