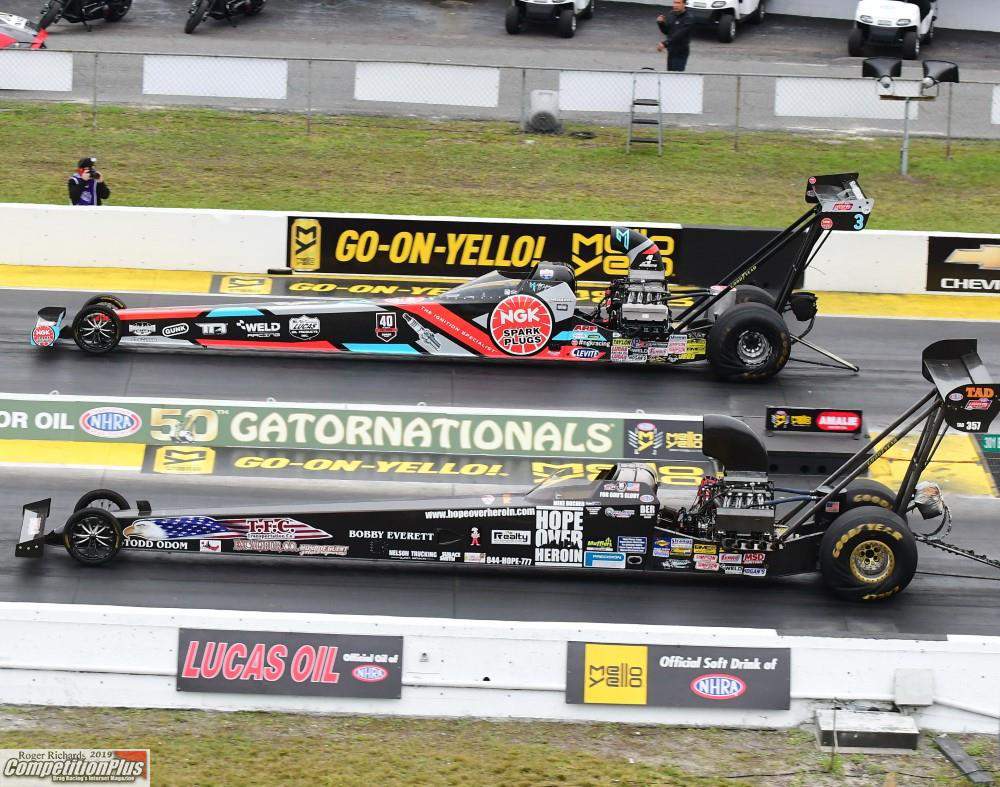 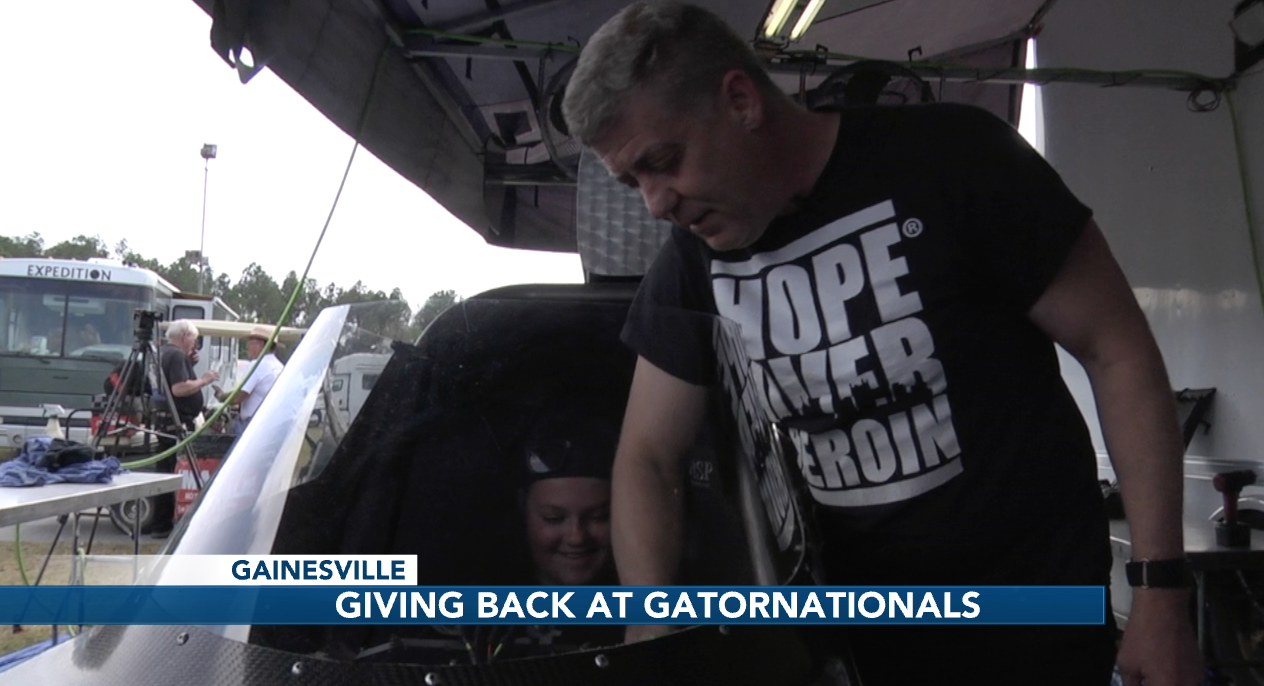 The impossible nearly became possible for Top Alcohol Dragster pilot Mike Bucher March 17 at the Gatornationals.
Bucher, in only his second time competing in an NHRA national event, made it all the way to the final round before falling to Megan Meyer.

Despite coming up just short of capturing a Wally, Bucher was ecstatic about the performance.

“I will tell you this, 100 percent, the Lord was just giving me a platform for the ministry of Hope over Heroin and when I sat in that car, I felt the Lord’s presence come over me and like something other than me was driving that car every time,” Bucher said.

Bucher is the son of Jim Bucher, a popular Top Fuel driver who won the 1975 NHRA Summer Nationals before becoming sick and eventually passing away in 1977 at the age of 37.

"Hope Over Heroin is a faith-based ministry believing in the power of the Gospel of Jesus Christ to transform lives," said Bucher, who is a pastor at the Calvary Chapel of Cleveland (Ohio).

The ministry and what I’m doing and talking to kids about not touching drugs is just the Lord giving me a platform because nobody is going to be calling somebody who doesn’t qualify for the race,” Bucher said. “We were the No. 16 qualifier.”

In the final qualifying spot in his dragster sponsored by Joe Glogowski in honor of Jim Bucher, Mike and his crew began working their magic. The dragster is owned by Bobby Everett.

“Shawn’s the No. 1 car in the country right now and that was unbelievable to get that win,” said Bucher, who lost in the first round in his national event debut last year at Norwalk, Ohio.

“That was bizarre,” Bucher said. “Everyone said it was a pedal fest, but what it was when I put my visor down it went foggy and I couldn’t see. In the past when I did that, I launched the car and it cleared up, but this time it didn’t clear up. So, I’m going down the track and I’m near halftrack and I can’t see anything in front of me. I felt the car move to the left and it got a little squirrelly, so I let out and I saw the other guy’s wheel pass me and slow down, so I thought I’m going to tap the throttle one more time. He was leading at 1,000 foot and they said there’s a video of my car at 1,000 foot doing a three-foot wheel stand and I passed him. I had no idea because I couldn’t see anything. When I pulled around, I didn’t think I won, and the cameras are coming up and they told me I won, and I was like ‘You’re kidding me.’”

The semis didn’t get any easier for Bucher as he met up with world champion Duane Shields. Bucher had a 5.364-second time, while Shields slowed to 11.433 seconds.

Bucher’s magical effort ended with a loss to Meyer.

“That car is a handful,” Bucher said of Meyer. “We had a lot of issues with this car coming in last week. The team had not raced in five months and there were some bugs and there were some new things in the car they had me do and the rushing at the end was the curse. We sat there eight hours and then we had two runs within 50 minutes. I can’t say enough about my crew Tippy Pierce (tuner), Damon Hays (clutch man), Rex Albrecht (engine), Steve Powell (bottom end) and my son, David, and a crew member, Gary Jones. Tippy is an amazing tuner/crew chief and teacher for me in the car. He has a lot of wisdom. All these guys did all the work and worked their butts off and I’m truly thankful for all those guys.”

Gainesville Top Alcohol Dragster racer Mike Bucher races for a cause. Here's a look back at a 2018 story by Tracy Renck telling his inspirational drive. - https://t.co/TmoEN2h6ni pic.twitter.com/9Gp9D3ZoT4