The Golden Age of Drag Racing Publishing that our series celebrates was not without its casualties. This second half of 1966 dealt deadly, back-to-back blows to fully two-thirds of the independent, national weeklies featured in recent installments. In July, Drag Sport Illustrated, the longest-running competitor to Drag News, was shut down by the U.S. Treasury Department after nearly three-and-a-half years of weekly publishing. No less shocking came Drag World's August sale to Jim Tice, who moved headquarters to AHRA's Kansas City office and hired all-new staff. Only the logo and layout design remained the same. In one month's time, thousands of readers lost a combined 100 issues a year of independent reporting and opinion columns.

Had these two dead tabloids managed to hang on a little longer, there might've briefly been six independent drag weeklies coming out of L.A. simultanously in mid-1966! One weekend after Drag Sport disappeared, something called Drag Digest was handed out free at SoCal strips, bravely promising better coverage of Western events than Drag News had been providing since 1955. Doris Herbert, the powerful Drag News publisher (since 1959), retaliated with Drag West, a separate weekly devoted to five Western states. Both battling tabloids wholeheartedly embraced Funny Cars, whereas all of their newsprint predecessors favored traditional open-wheel favorites: competition coupes, modified roadsters, altereds, and especially dragsters. Drag News additionally spotlighted the gas coupes and sedans responsible for generating a disproportionately-large number of advertising dollars during the "Gasser Wars" fought primarily on its pages.

BOBBY BENNETT: WHEN GETTING TO PRI IS ONLY HALF THE FUN

This is the last time this guy will be proactive. And it pains me to say it.

I was working proficiently on Tuesday, getting all my affairs in order for the Performance Racing Industry Show in Indianapolis. One time in a row, which constitutes the beginning of a streak, the schedule was flowing smoothly.

Then an email popped up from American Airlines. ALERT! Your flight could be affected by bad weather in Washington, D.C.

Someone can do their job so well that they become despised for it.

When I look at what Don Schumacher accomplished in drag racing, I see a man who was driven to succeed, grow their product and win at all costs. Isn't this what we see every day in the business world?

Make no mistake; major league drag racing is a business, and Schumacher has been one of its best businessmen. But don't take my word for it; let his 366 national event victories and 19 series championships serve as proof. Additionally, consider the number of corporate sponsors who came into the sport under his guidance as additional evidence.

Those who knew and understood Schumacher certainly didn't despise him. They knew what to expect.

DRAG RAGS 1965: TERRY COOK TELLS HOW THE WEEKLY SAUSAGE GOT MADE

BOBBY BENNETT: THE GUARANTEE WAS THE DIFFERENCE

Having a guarantee with your name on it goes a long way to show what kind of person you are.

"As owner and operator of Summit Motorsports Park, we, the Bader Family, together with our team, promise to present to you, our guest, the best show possible at the best value possible! Should we fail you in any way while you are at our park, help us improve your experience by resolving your issue on the spot."

In a nutshell, that was the kind of person Bill Bader Sr. was. 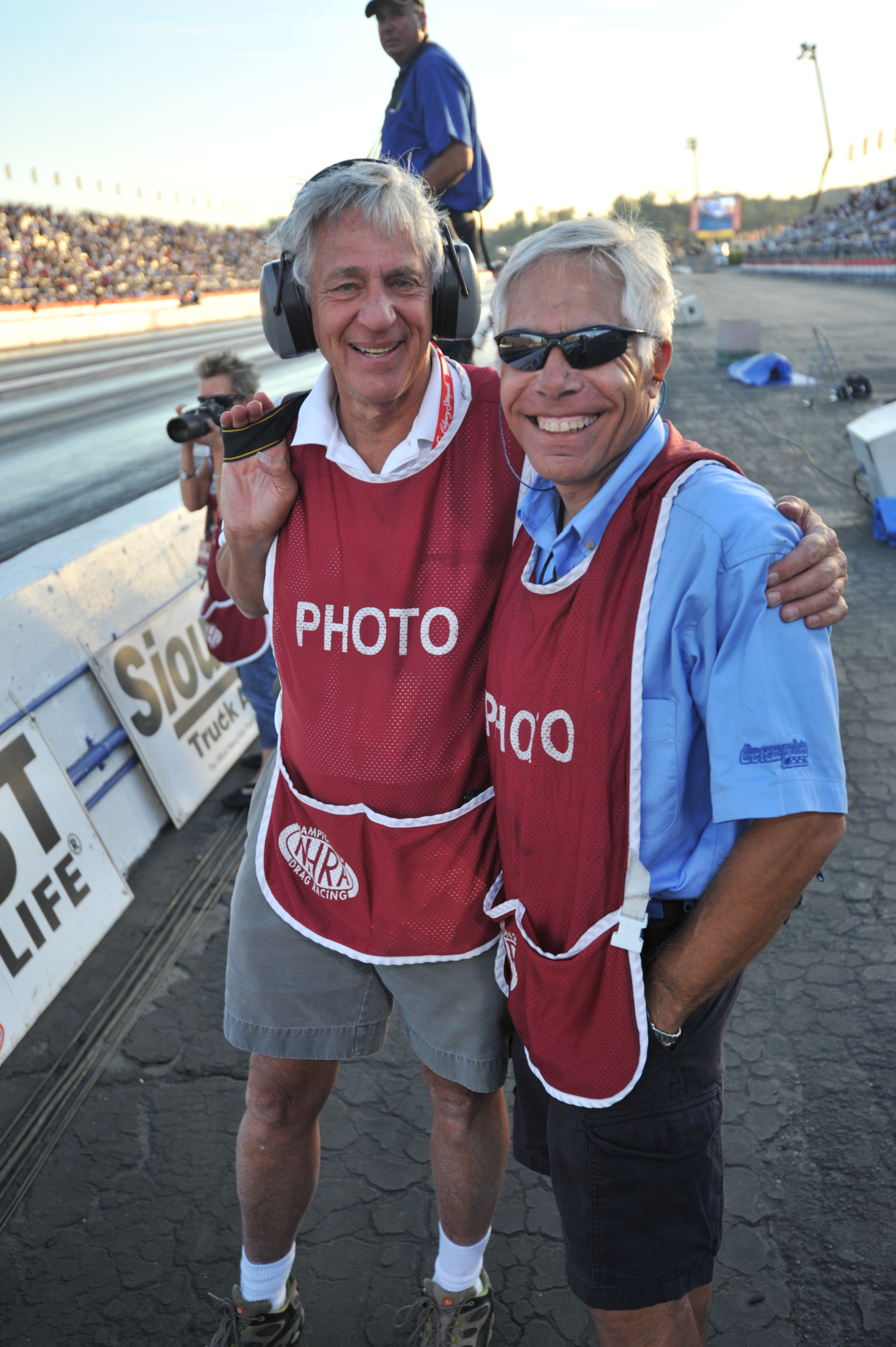 When we’re kids the idea of death is often a far-off concept we give little thought to, but as the years pass, and life becomes ever more precious as we’re surrounded by family and friends, our realities change. As much as we might try to deny it, we know that everyone’s days are numbered, so we strive to make each one of those days more meaningful, more fulfilling. That was my friend – no our friend John Di Bartolomeo.

Born July 21, 1953, John was a “Joisey” boy through his formative years and remained a Jerseyite through the early years of his marriage to the former Dottie Hadrava. For the last 19 years John, Dottie and their children, Franklin, and Christina, lived in Beaver Springs, PA, literally a stone’s throw from the drag strip that originally bore the town’s name. Franklin and his wife, Jenny, and son, Evan, now reside in Huntersville, NC.

DAVE DENSMORE: THERE WAS ONLY ONE BIG MAC 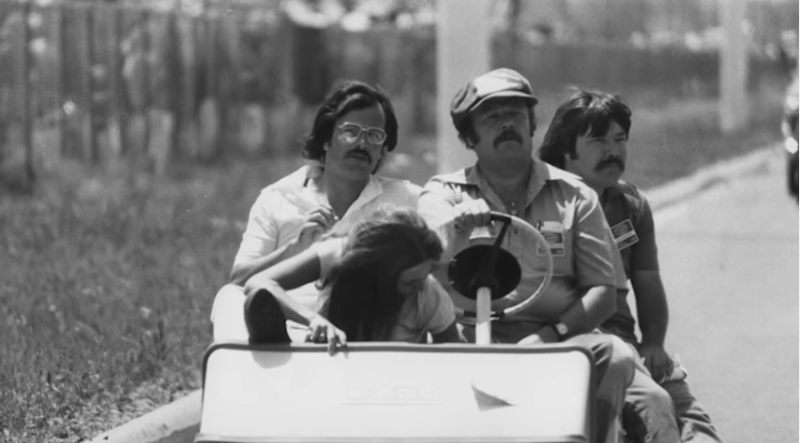 The phone call I received Sunday morning was not unexpected. I knew that Dave McClelland had been wrestling with the demons of age. Slowly, methodically, they had robbed him of his mobility, his memory, and ultimately his will to unreasonably extend a battle whose outcome, unfortunately, he already knew. As did we all.

Nevertheless, the finality of knowing that the big, booming, one-of-a-kind voice that once defined NHRA drag racing would now forever be silenced was something for which I apparently was unprepared.

I’ve lost lots of friends the last few years. Raymond Beadle, Dale Armstrong, Paul Candies, Ernie Walker and, sadly, racer and journalist Johnny DiBartolomeo, of whose death I was informed just this morning. At my age, every time the phone rings, there’s a better than average chance it’s another confirmation of the inevitable. 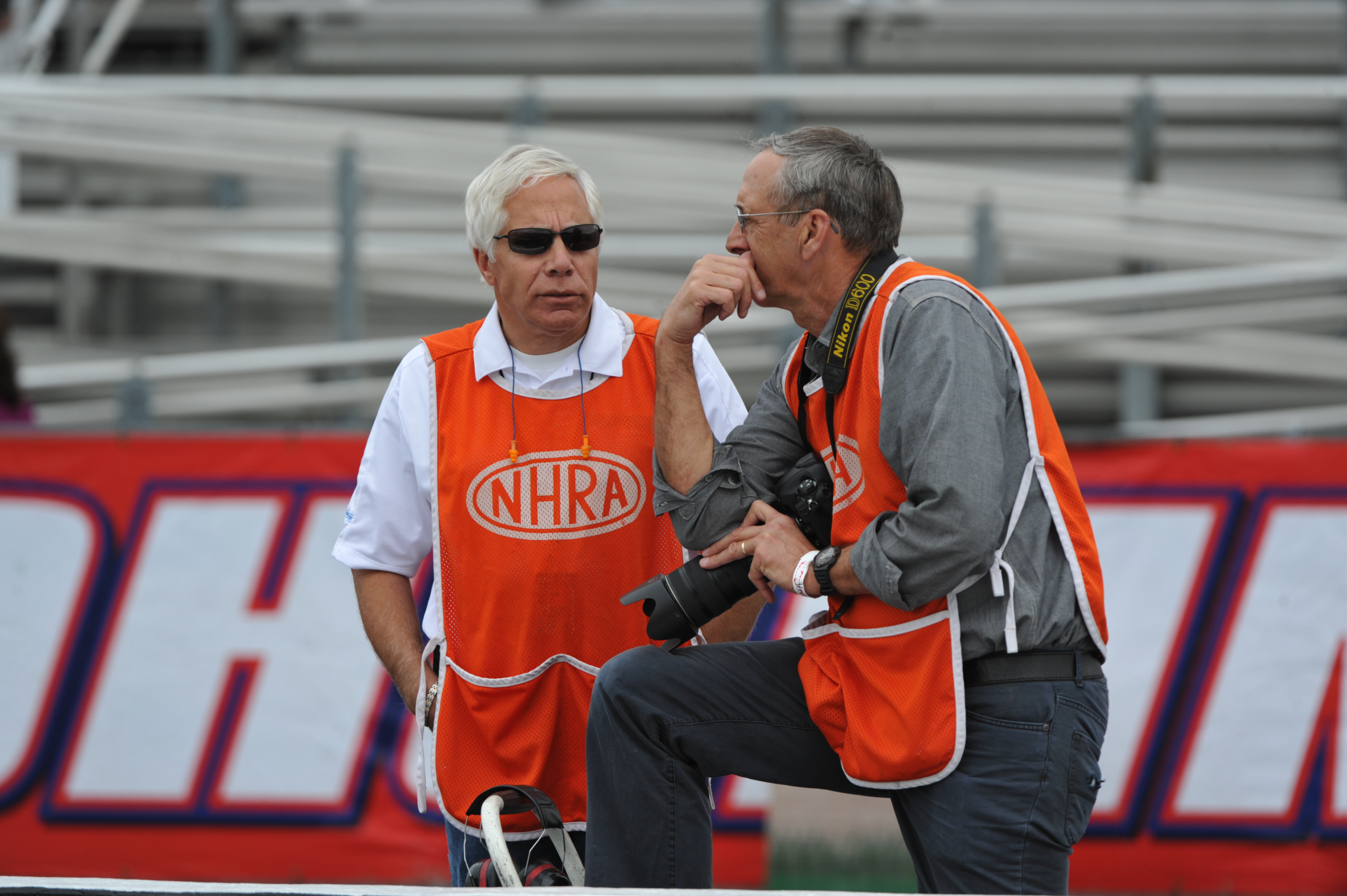 I was on my way back home from a trip up to Billings, Montana, when my cell phone rang. I grabbed it and answered to find it was John Di Bartolomeo, or John D as we all called him; on the other end, I pulled over so as not to lose the signal. The gist of what he told me left me pretty much numb and speechless at the time because what words can someone say to a friend, in the case of a very close friend, who has called to tell you that he has pancreatic cancer - one of the more deadliest forms of cancer out there, with little to no chance of total survival.

BOBBY BENNETT: ONE DAY YOU'LL SEE THE WORLD THROUGH MY EYES

Odd stuff usually happens in this office during the early morning hours.
Early is a relative term, so let's just say in this instance that 7:30 a.m. is early.
So I'm working away, and this kid rides up to the sidewalk in front of the office where I can see from my desk. He puts the kickstand down on his black Takara 10-speed, which looks a lot like the one this writer used to have when he was a young teenager. He just sits there looking at the posters we have in the front window. So I go back to work editing the latest episode of Legends: The Series.