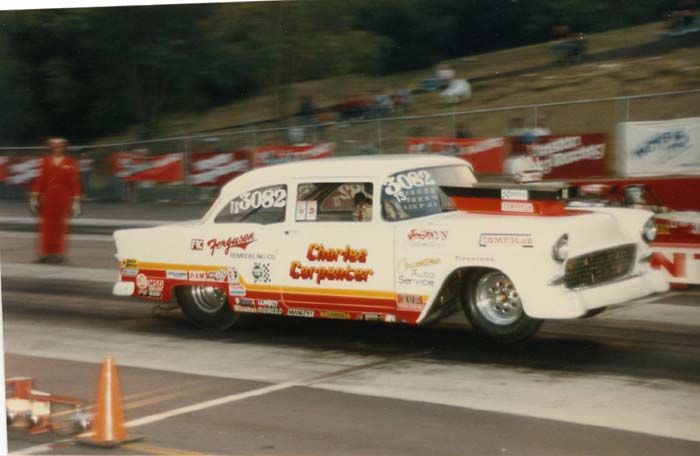 They were once a group of old Modified Eliminator racers who traded in their small blocks, Doug Nash transmissions, and 50-pound flywheels for large displacement engines and Lencos. They traded the rigid confines of class racing for the outlaw arena of high-speed bracket racing. But they wanted more.

Then a group of Pro Stock racers, who had grown weary of fighting the relentless fight in high dollar professional drag racing, decided to put nitrous oxide on their racecars and let them "eat."

As interest grew, small tracks in the Carolinas began booking them in for match races and then Quick Eight shootouts. Then, as a sanctioning body took notice, they made the Top Sportsman division a household name as the race began for the first driver to run 200 miles per hour.

Then Bill Kuhlmann hit the historic mark at the 1987 IHRA Winternationals in Darlington, SC, and then the movement towards a professional category, the first homegrown one since Funny Cars began.

This is not a comprehensive look at the first decade as much as it is an example of how far the class progressed.

For a more detailed history lesson on Pro Modified, check out this article by Bobby Bennett in competitionplus.com - LINK - http://competitionplus.com/drag-racing/news/12524-encore-pro-modified-two-decades-of-thrills