Thanks to Steven Reinke and his YouTube page for sharing this incredible home movie compilation.

How about a good old drag racing movie to pass the time? This one is Drag Racer, and while it's no award winner, there is some pretty good old footage in here. #ClassicDragRacing #DragRacingNews - https://t.co/zYec73rpaB pic.twitter.com/DOaHAv9ee5 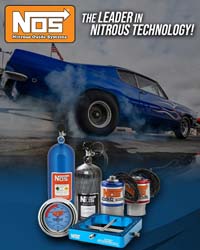