This first full season free from fuel restrictions since 1956 opened like none before. Imagine five major meets in six weeks, starting with the inaugural United Drag Racers Association Championships at Lions Associated Drag Strip. The racer-run show was surprisingly successful, somewhat upstaging the next two week-ends' traditional openers, the AHRA Winter Nationals and NHRA Winternationals, respectively. After one week off, the action resumed with back-to-back biggies at Bakersfield and Fremont, Calif. — all before the middle of March, only in the west.

The race to convincingly reach 200 miles per hour — backed up within the then-customary two percent — carried over from late 1963, when the Chrysler-powered kings of the sport seemed stuck in the mid-190s with their con-ventional “weedburner” pipes and lightweight “shorty” bodies. Slingshots expensively rebod-ied into swoopy aluminum streamliners specifically to break the barrier were proving both heavy and spooky. No, the hot, trick setup for those few elusive miles per hour would be far simpler and cheaper: basically inverting a set of 392 headers. Frank Cannon’s resultant 199 on Lions’ trusted clocks effectively ended the Streamliner Era in a single pass.

Simultaneously, Chrysler had treated 1964’s NASCAR and straight-line “stockers” to a nor-mally aspirated, 426-cubic-inch version of the 1959-vintage 392 Hemi that long ruled super-charged dragging. Not to be outdone, Ford’s purpose-built ’64 Thunderbolt radically stretched the acceptable relationship of as-sembly line vehicles to "factory lightweights" by stuffing an automaker’s biggest big-block into a midsized economy car offered in show-rooms only with a six or low-performance small-block. Meanwhile, drag racing’s biggest sponsorship package to date sent a trio of new sedans with blown stroker motors to drag strips and Dodge stores nationwide.

Oh, so many major changes; all of the above occurring before this unprecedented season was half over! No way could COMPETITION PLUS do justice to 1964's many and varied contributions in a single installment of Drag Rags. Rather, we’re devoting this entire chapter to material published in issues dated January through June, only. Tune in next time for a second half that was equally unreal.

*Editor’s Note: Some original, duplicate issues of these & other 1964 weeklies & monthlies are offered by the Wallace Family Archives’ personal library. E-mail requests to [email protected]. 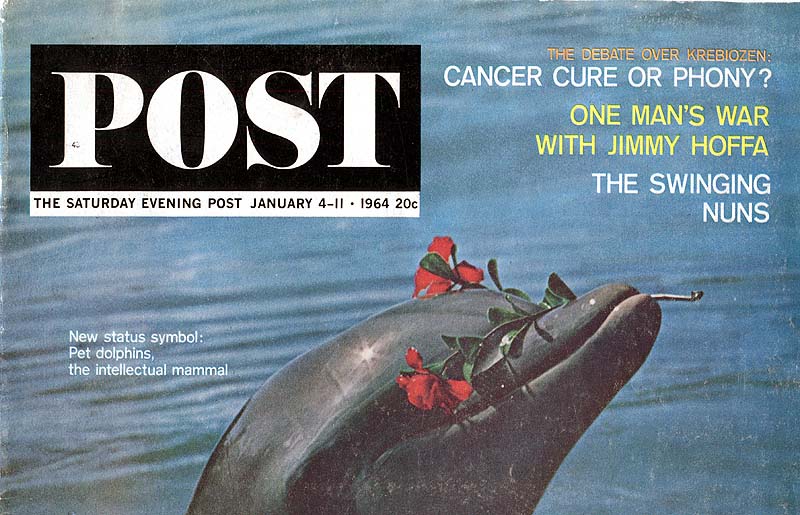 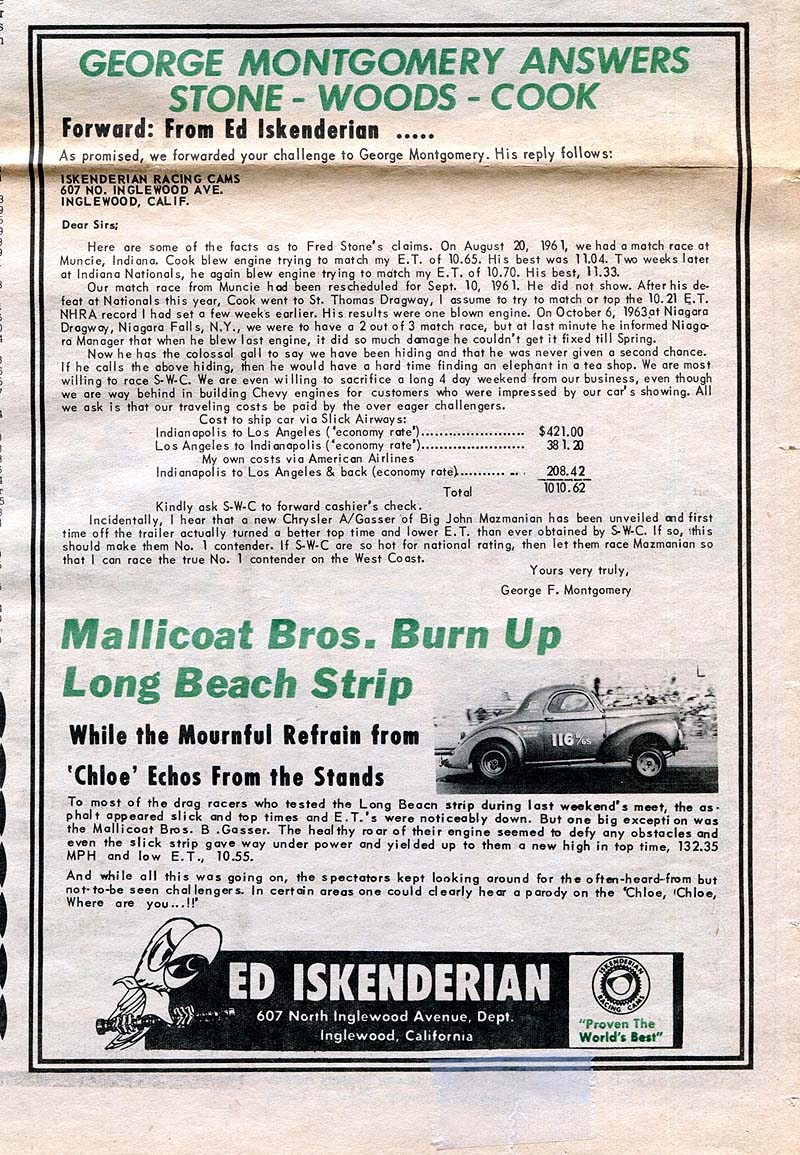 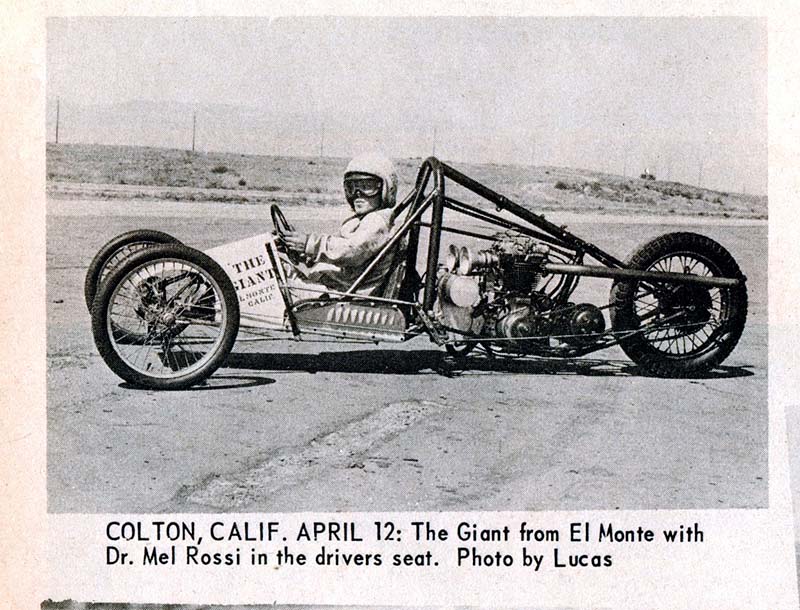