Albert Einstein is widely credited with observing that the definition of insanity is doing the same thing over and over again and expecting a different result.

NHRA and ESPN might be about to put Einstein’s theory to the test.

That is, if they continue in 2014 with a TV model that is as broken as an exploded nitro engine. It’s leaking oil. Big time.

IAN TOCHER: SAFE TO SAY X-DRL EXPERIMENT IS OVER 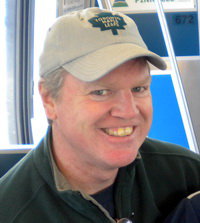 With three events left in its eight-race inaugural season the X-treme Drag Racing League ran into “X-treme” trouble. Late purse payments to racers plagued the upstart eighth-mile organization almost from the start and promises from series president Jeff Mitchell to make good are now looking about as empty as—well, as empty as the grandstands on race day at an X-DRL event.

Whether this mess—and make no mistake about it, the X-DRL experiment can now officially be referred to as a mess—is self-inflicted or the X-DRL is at the mercy of its own non-paying “sponsors,” the credibility of the series is destroyed. Time after time racers, fans and media alike this year heard reassurances, statements of solvency, pledges of support and offers of excuse, but with the outright cancellation late in August of events at Indianapolis and Montgomery, Alabama, and the season-ending X-DRL World Finals at Charlotte in October left as little more than an underfunded dream, it’s time to get the forks out; the X-DRL is done.

After a decent debut at Tulsa in April, through no fault of its own the X-DRL suffered through a rainout at Bristol later that month at an event that attracted only about 80 race teams and perhaps as many spectators. During one of several rain showers I sat down with Mitchell and asked how much of a setback—financially—a race like that would be to the fledgling X-DRL and he assured me it was none. “The money is not at the track,” he said, explaining he wasn’t relying on racer entry fees or spectator admissions to keep the series afloat. “We have a three-year plan and there’s enough (money) lined up right now to see it through those three years.”

GUEST COMMENTARY – JIM HUGHES: THE PROCESS ONLY IMPROVES WITH INPUT 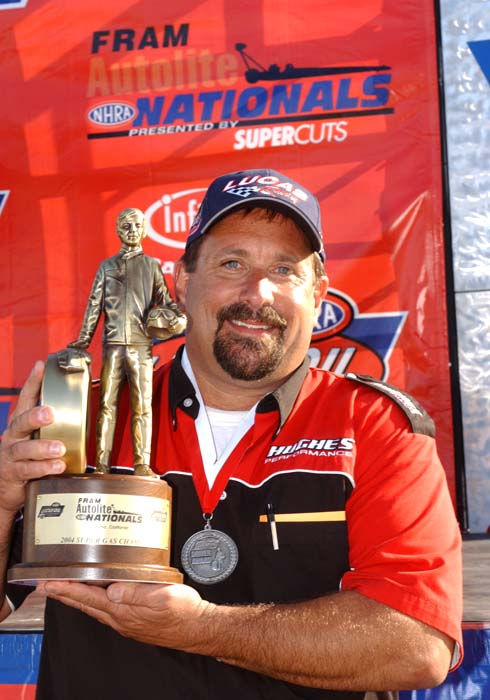 Jim Hughes is both a successful super class racer and business owner. His Hughes Performance brand is recognized worldwide as one of the leaders in his industries. He has also won many national events both as a driver and team owner. This year, Hughes has been a vocal proponent for safety in super class racing and has at times taken the NHRA to task for their policies regarding this style of racing. Recently, Hughes and K&N Filers President Steve Williams offered their opinions in a CompetitionPlus.com article asking if the three-decade's old Super Comp and Super Gas indexes should be made quicker. The topic quickly became a lightning rod of controversy. In this guest editorial, Hughes offers his insight and ideas to help Super style racing.

A recent article published here in CompetitionPlus.com regarding the viability of changing the indexes for the Super classes generated input and healthy debate. There is no doubt, certain aspects of our style of racing need to be updated and/or reorganized, if only to keep up with the changing times and increase of horsepower our industry has developed.

While Jimmy Prock was tuning John Force to his 136th Funny Car victory Sunday at St. Louis, his and wife Jill's 18-year-old son Austin was racing in California with four-time NHRA champion Gary Scelzi and his family.

The younger Prock, a midget racer and the 2012 STARS (Short Track Auto Racing Series) Rookie of the Year, reconnected with longtime buddies Dominic and Giovanni Scelzi, now 16 and 11 years old.

And they crammed their visit with -- what else? Racing.

The youngsters went Thursday night to a town near the Scelzis' home at Fresno for some go-kart racing. They were back in the shop the next morning to finish prepping the micro sprint cars to race in that night at Plaza Park Raceway at Visalia. The following night they raced at Lemoore.

STRAIGHT UP: WILL KIA OR MAYBE HONDA INVEST IN NHRA FUNNY CAR RACING?

Drag racing grew out of the American post-World War II car culture, when gearheads gravitated to muscle cars and domestic manufacturers. That heyday for Detroit is just a memory -- like that of Southern California dragstrips Orange County and Lions -- both at the racetrack and on U.S. highways.

The National Hot Rod Association could see a bigger presence of Asian automakers in its Funny Car ranks, with once-entrenched Ford souring on its return-on-investment prospects in the sport and Chevrolet having walked away from its considerable influence years before. Mopar/Chrysler still will shoulder the American connection in the pro ranks.

But John Force is courting Kia and Honda in the wake of Ford's departure from the Funny Car class at the end of the 2014 season.

What’s the most important trend in American sports right now?

That should be -- MUST be -- the highest priority for NHRA, series sponsor Mello Yello, track operators, event promoters, and other Business of Drag Racing partners.

When even the 10,000-pound gorilla of U.S. sports -- the National Football League -- understands this New Reality of the marketplace, you know the NHRA industry had best get with it, too.

Castrol EDGE Top Fuel driver Brittany Force threw out the ceremonial first pitch at Victory Field in downtown Indianapolis Tuesday night for the Indianapolis Indians Triple-A minor-league game. Shawn Langdon, one of her Top Fuel competitors from Al-Anabi Racing, also participated in the pre-game festivities. "It was definitely something different," Force said. "I've never done anything like that before."

The 27-year-old Top Fuel rookie had excellent luck this week with ping-pong balls, too. She received the most fan votes among eligible Top Fuel racers for the final berth in the Traxxas Nitro Shootout. The lottery winner was decided by different-colored ping-pong balls in a hopper, with each driver assigned a specific color. Force had 49 of the 100 balls in the hopper, and one of hers popped out in the Monument Circle drawing Wednesday at NHRA Fan Fest in downtown Indianapolis. She'll start her quest for the $100,000 winner's prize against top seed and points leader Shawn Langdon. Her sister Courtney and dad John will compete in the Funny Car version of the Traxxas Shootout.  "

This is very cool, and I'm so excited," Force said. "I remember watching my dad race in all the Big Bud Shootouts growing up, and to follow in his footsteps and get a chance to compete in the Traxxas Nitro Shootout, it's awesome. This is an unbelievable feeling.

This is an editorial that will anger crew chiefs and team owners. It will result in comments like “What the hell do you know about it?” It will produce negative comments such as those that swirled around the suggestions that Hall of Famer Dale Armstrong made about slowing the cars. Numerous tuners – apparently oblivious to history – decried Armstrong’s suggestions, some of them actually saying, “He doesn’t know what’s going on out here. He‘s not out here every week,” as if he’d forgotten everything that had made him one of the most brilliant individuals to have ever been involved in the sport.

So, recognizing that this isn’t going to go down well with a lot of people, I’ll forge ahead regardless, because if some things about professional drag racing don’t start changing, and I mean changing in short order, our already declining attendance is going to disappear altogether.

As the title states, racing is one of the primary problems with today’s NHRA Drag Racing agenda. Wait! Isn’t this supposed to be about racing? Well, yes and no. Pure drag racing is one thing, but without an aspect of showmanship thrown in the activity is without soul, without charisma and without a hook to bring in the casual fan. And without that casual fan we’re going nowhere because there aren’t enough hard core fans to fill the seats and make the endeavor profitable.