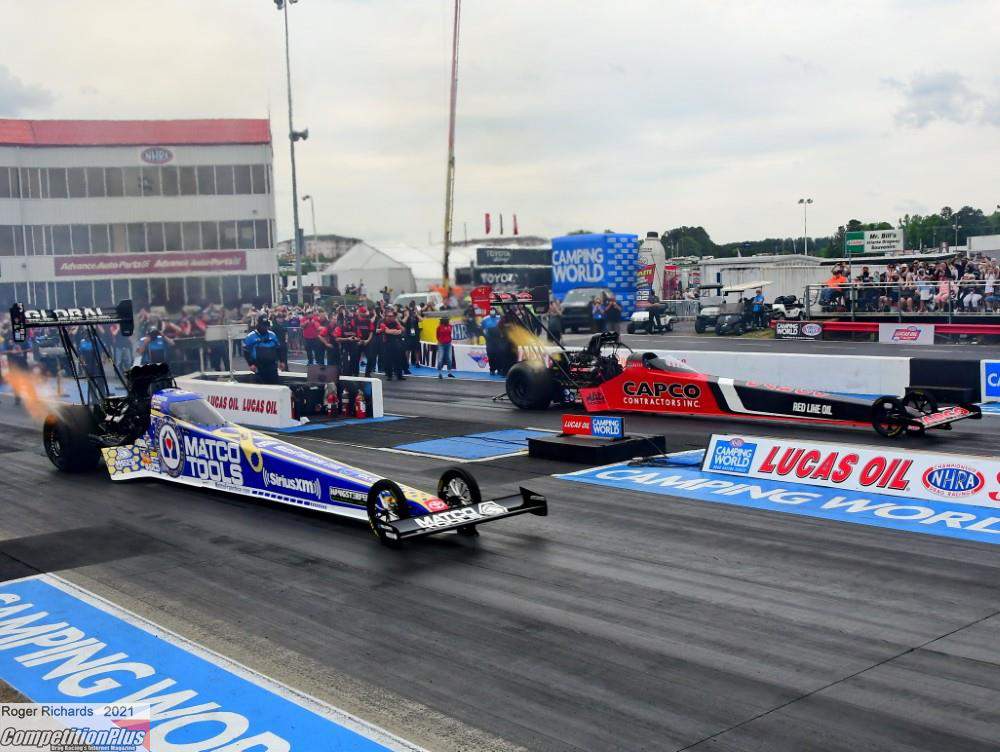 Atlanta Dragway is where the racing dream started to form for Antron Brown.

So, it seems only fitting that Brown won the Top Fuel title at the 40th annual Lucas Oil NHRA Southern Nationals in the final event at the track 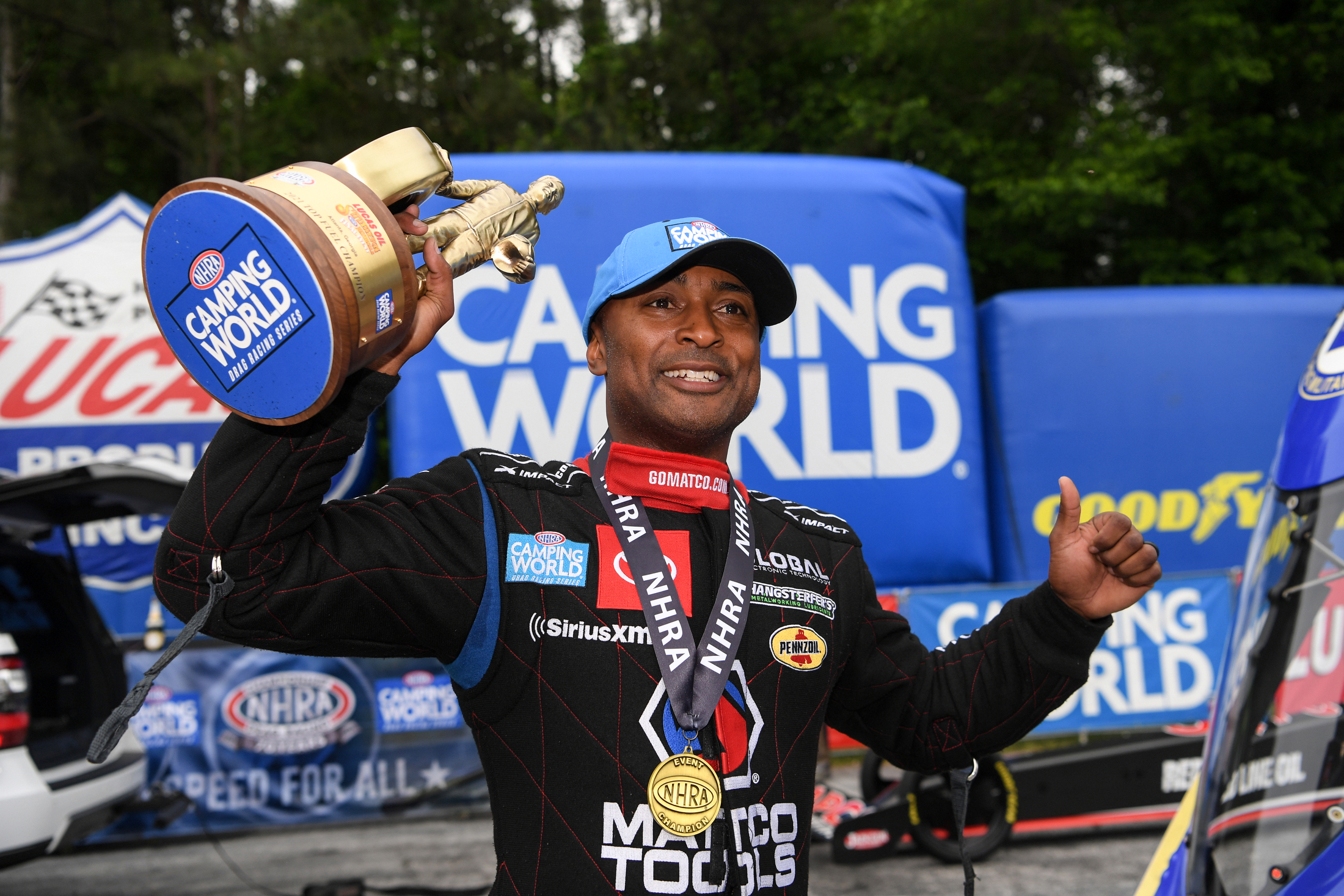 “It’s just special,” Brown said about winning the final race at Atlanta Dragway. “Lord knows from up above. It's a true blessing to be racing here in Atlanta. I started at this track; it's got some very fond memories. Won my first AMA Pro Star Race here. Won in it with bikes, won in this the 5th time in top fuel and it's just like a candle been lit. I’m going to miss this place because all the people out here and all these fans, they're like family. Every time we come down here, they're always here to the end, always pushing you. Win, lose or draw they push you and make you just go for more.”

“I just hope that we can get another track down this area because this is definitely a special place for all of us,” Brown said. “This track is one of the nostalgia tracks. I grew up in Englishtown, Atco. It's been the same all the time and this is one of those tracks where you come here, when you take that deep breath, you just get that vibe of home. This is the home grunt drag race facility that you just come up during the week, test and tuning, Gambler’s race on Wednesday nights and you come out here on the weekend, try to improve on some tough, tough gritty grinding racers. This is what this track brings out in everybody. It brings that grind and that grit out. And that's what I'm gonna miss most, but it feels good. I can look on there and say, ‘hey, this Matco Tools team, we got the last one.’”

Brown, who has won three Top Fuel world championships in 2012 and 2015-16, acknowledged the last several years have been a struggle.

“It's been tough the whole time, but the thing about it is, everybody knows in life is that everything's not going to be great all the time,” Brown said. “But the thing about it is when you want to be a true champion is not when you're winning, is when you're losing and how you overcome those obstacles. What happens is we just keep our head down and our team just keeps digging deep. And when we all get together and when you get everybody on that team pushing the same way getting together, we can hold that mountain up and we could knock mountains down, and that's what this team did.

“Only way you beat resistance, like I always say, is with persistence, and we're persistent and we didn't qualify where we wanted to (at No. 8). The track was tricky. But what we did was every round that we got one round farther we just worked on it, made it better each round and when we got to the final round, you're racing the Capco boys. The three-time champs in a row where you got to show up and we didn't leave anything on the table. We stepped up. We went a .78 and Brian (Corradi) and Mark (Oswald) and the rest of these Matco boys, they put them tools to work, kept their head down and we say, “you know what? It’s going to go, or it might not go but that's what we need to win.” And it was sure enough when we needed to win.”

On Sunday, Brown defeated Doug Kalitta, No. 1 qualifier Billy Torrence and world champions Brittany Force and Steve Torrence. The win was even sweeter since this is only his third national event win since August of 2018.

“Oh brother, you know what the driving force was? It was God,” said Brown when asked what kept him going during the tough times. “Every time that I just looked down and looked around when you just want to say, ‘man is this is it? What do we got to do? What else do we got to do?’ You keep on trying and trying and doesn't go your way, you just keep on fighting and he's going to show you that way.

“It’s always for a reason and that's what I try to tell my kids, I try to tell the students I talk to at all the junior colleges and high schools I go to, is that when times are rough, they're meant to be that way for you to do your learning. Because that’s when you learn. And I've learned so much over that whole time where you gotta keep moving and keep on turning them leaves over, open these doors, open that door, look in the closet, open the sink up, whatever you gotta do, do it and put the work in. I mean, people don’t realize that I work out, I do two-a-days. I work out in the morning; I work out in the evening and I can't move some mornings when I get up. Everybody is like, ‘AB, why you look so young? Why you so behind? Why are you running left and right?’ I said because that's what I do every day. I'm never stopping. The day I stop is the day I get out of that seat and I got a lot more juice to go.”