DEJORIA THINKING OF PROGRESS, NOT CRASH, AS SONOMA RACE APPROACHES 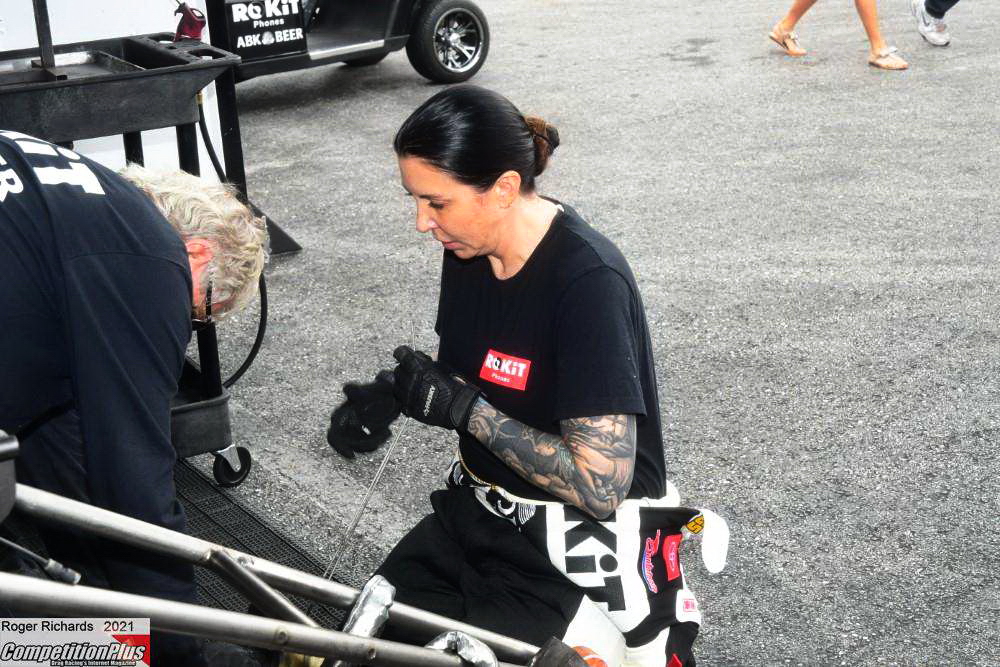 That’s about how much Alexis De Joria dwells on her wall-banging crash five years ago this Aug. 1 at Sonoma Raceway that left her with a broken pelvis.

“I had an incident [when] I raced there in 2016,” she said, as though she vaguely remembered that her Funny Car made a violent left turn shortly after the launch and rammed the guard wall. “But that stuff happens. I don't even think about it. You just move on. You can't let that stuff bother you. Win, lose or crash, you have to put it behind you and move on to prepare for the next race.”

As she prepares for this weekend’s sandwich race of the Western Swing, the NHRA Sonoma Nationals in Northern California’s Napa Valley, De Joria, driver of the Bandero Toyota Camry, said, “That's part of what I love about the back-to-back races. It keeps you on point. You're charged. If things didn't work out at the last race, you get to get right back on the horse in a few days.”

What she does like to think about is what happened at the last race – well, most of it. She advanced last weekend at Denver to her first final round since she won in August 2017 at Brainerd, Minn. (although she did reach the final quad at Charlotte this spring).

She called it “definitely the best race weekend I’ve ever had at Bandimere. We qualified second in our Bandero Toyota and had a pretty good consistent car during eliminations and made it to my team’s first final round since I came back into the sport last year. This was also my first final round at Bandimere,” she said.

“In the finals, we had some issues with the pistons. We dropped cylinders right at the start, and I was down on power. I saw [Matt] Hagan move ahead. I was on his tail the whole way down, so if he slipped up at all we had him. It was just one of those things. We’re going to go to Sonoma with our heads held high, because we just came off a final round and a No. 2 qualifier. I’m really proud of my team.”

She should be. She has posted some impressive stats since she returned to the racetrack at the start of the 2020 season, following a two-year absence from the sport.

De Joria enters this weekend seventh in the standings, 145 points off leader Bob Tasca III’s pace, but one of the class’ hottest drivers nevertheless. In the past five events, only John Force and Matt Hagan have scored more points than she has – and Hagan by only one point. In that stretch, Force has earned 388

Points, Hagan 351, and De Joria 350. Had Hagan not secured the No. 1 qualifying position at Denver, she would have claimed more points than Hagan in the past five races. 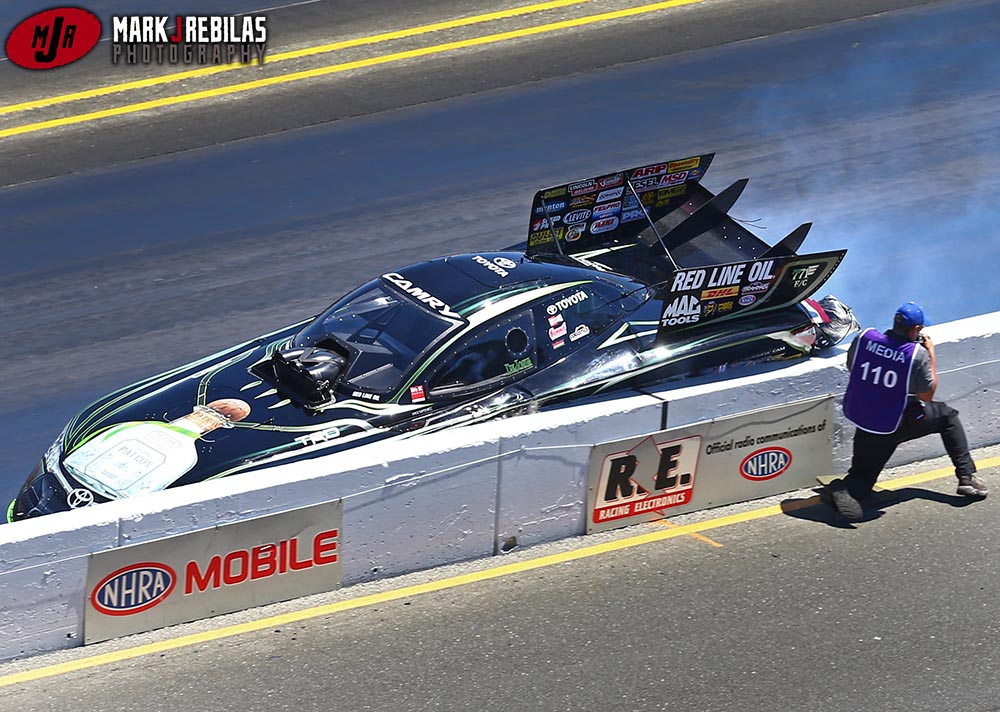 In the season’s eight completed races, she has qualified in the top two four times.

“We are just so hungry,” she said of her DC Motorsports team that has team owner Del Worsham tuning with Nicky Boninfante. “We’ve had so many semifinals [six in the past 12 races] leading up to this. We’ve had great success in qualifying. We were just missing those final rounds, and we finally got one. Now that we’ve tasted it, we’re going to have more of these. It’s just a matter of time.”

While she said she enjoys hiking the Red Rocks trail on Friday and Saturday mornings near the Morrison, Colo., racetrack and is hoping that “next year we’ll get that win” on Thunder Mountain, she did say that “racing up [t]here is tough. It’s hot and [comes with] some crazy conditions. It takes a toll on everybody. But I love the track and love coming out there.”

But it’s on to Sonoma this weekend, where, she said, “We're going from a mile above sea level to basically ground floor. It's completely different conditions. It's a great track. I'm excited to get there. It's a fast track, and we're going to be back in the 3's – hopefully 3.80s. We'll see what happens.”

De Joria said that since her problem-filled visit to Atlanta in May, “we’re just gaining consistency and burning less parts. The team that has the least amount of mistakes is going to do well. We have a really fast Bandero Toyota Camry. It’s a top-five car.”

And that’s a bold statement, considering that Tasca has been on a roll, leading the standings for the past seven races; John Force Racing has a combined three victories in six finals-round appearances; Hagan is energized with his victory last week, as is Cruz Pedregon following his Norwalk triumph; and Ron Capps also is ready to strike with a runner-up finish and three semifinal finishes.

Incidentally, when De Joria had her accident at Sonoma and sat out the next two events to heal, she returned at the U.S. Nationals at Indianapolis and lost in the first round to . . . Worsham, her current business partner.