LANGDON ROLLING WITH CMR COLORS ON KALITTA DRAGSTER THIS WEEKEND 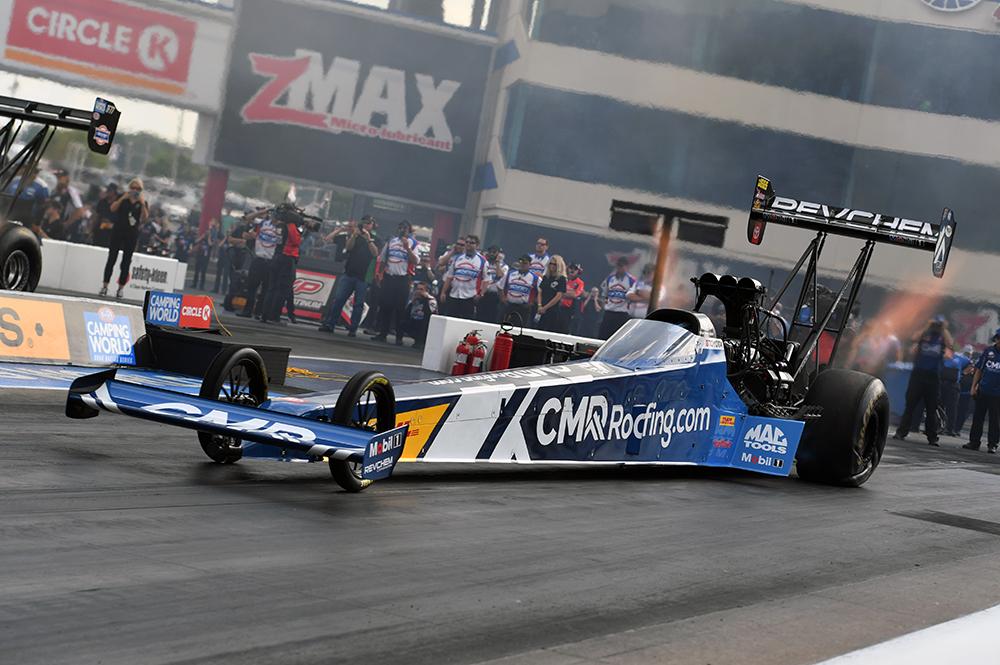 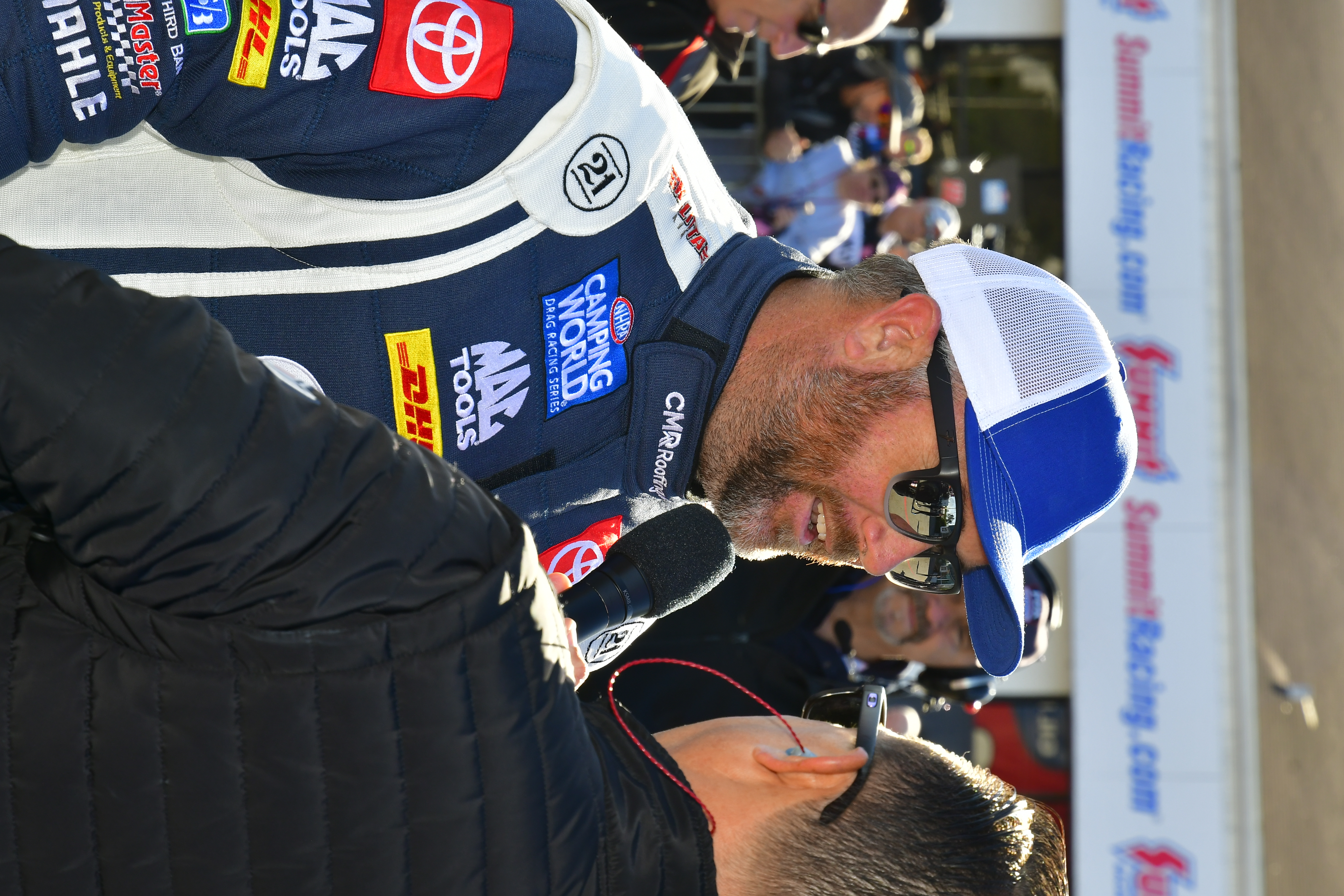 Two decades is an impressive length of time for any partnership.

This weekend, past NHRA Top Fuel champion Shawn Langdon will highlight a two-decades-long partnership between Kalitta Motorsports and CMR Construction and Roofing. The strategic alliance will be commemorated in a blue and white dragster special edition at the NHRA Thunder Valley Nationals in Bristol, Tenn.

The nationally known and award-winning business has utilized the business relationship to expand their footprint and host guests at NHRA national events across the country. Langdon is looking forward to putting on a good show for the guests and executives who attend this weekend's event.

“This will be a busy and exciting weekend with the CMR Construction and Roofing team in Bristol,” said Langdon. “They always bring a ton of guests and love to be at the races. CMR CEO Steve and Chandra Soule have been amazing to work with since this relationship started in 2021. Bristol is a track with a lot of history and I would love to add to that with some win lights in this CMR Top Fuel dragster.”

Langdon has won at Bristol twice, 2014 and in 2016, and hopes to take the success to the highest level following a semi-final finish at the most recent event in Epping, New Hampshire.

Langdon has two previous wins at the Thunder Valley Nationals collecting Wally’s in 2014 and 2016. The CMR team is hoping to capitalize on the success from the New England Nationals two weeks ago when they raced to the semifinals in Epping, New Hampshire, from the No. 12 spot.

“We had a good race a couple of weeks ago and I feel like things are really coming together,” said Langdon, who has fifteen Top Fuel wins and two Funny Car national event wins. “We added (crew chief) Jason McCulloch over the off-season to work with Kurt Elliott and Connie Kalitta and he has been a great addition. This Top Fuel class is tough and we are battling every race.”

Langdon’s entered the Top Fuel ranks with much praise for his driving skills and his status of being is consistently at or near the top of the race-by-race reaction time averages proves it isn't just hype. Including Langdon there are five current or former Top Fuel world champions filling up the top eleven spots in the point standings. With eight races left in the regular season the driver of the CMR Toyota Top Fuel dragster knows this is the time to start making a move to lock in a Top Ten position for the Countdown.

“You want to get as high as possible in the Top Ten heading into Indy since that is the last race before the cut-off for the Countdown,” said Langdon. “Everyone on this CMR Construction and Roofing team is focused on that. You can’t win a championship if you aren’t in the Countdown. This weekend will be a great opportunity for us to make a move headed into June and July.”

While Langdon will be keeping his focus on the track, he will also be spending time with guests and executives from CMR Construction & Roofing which has built a reputation for excellence over 20 years in business, ranking among the Top 100 Roofing Contractors every year since 2007. Their team is dedicated to delivering superior products, craftsmanship, and customer service to our commercial, government, and residential clients throughout the country. CMR has found a natural partnership with Kalitta Motorsports who fits perfectly with their motto, "When Speed Matters."