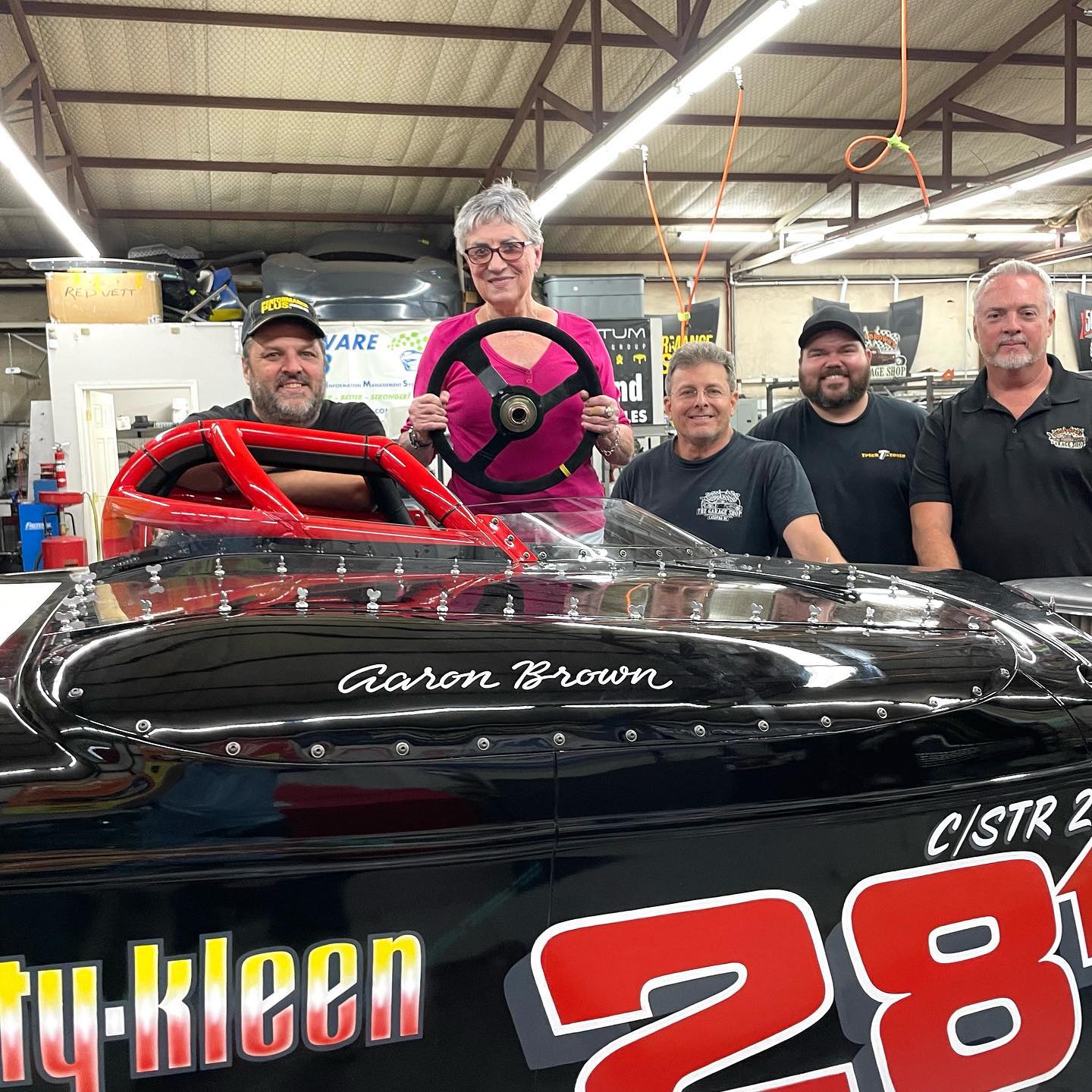 Four-time Top Fuel champion Shirley Muldowney has never lost her need for speed. And hopefully, in the future, the lady who revolutionized drag racing for professional female drag racers will get a chance to scratch an itch and do so by running faster than ever before in her life.

There's a plan on the table that could bring her to the Bonneville Salt Flats and allow her to run more than 460 miles per hour. She's got fingers, toes, and anything else she can cross, hoping for this dream to come true.

Muldowney, who was recently named to the National Motorsports Press Association Hall of Fame, admits running on Bonneville's Salt Flats has been a dream for as long as she can remember.

"That would fulfill a dream of mine that goes back to the '60s," Muldowney admitted.

And though she was a queen of speed on the NHRA tour for decades, Muldowney could never find anyone to give her a chance. She admits she once begged noted land speed superstar Craig Breedlove for a chance, only to be turned down in favor of a relative. Muldowney confirmed another unnamed effort in the 1970s that didn't come to fruition, either.

Muldowney said most recently there was a plan in motion to drive a land speed car for Doug Herbert, but that too fizzled out.

Enter Aaron Brown, and he's got a car under construction for next year's Bonneville event. It's the kind of car that piques Muldowney's attention; it's piston-driven with an estimated top speed in the 465-mph range.

"I sat in the chassis on the jig the other night," Muldowney revealed. "I'm just lucky enough to have him want me to sit in that car. On request, my request, I've asked for time to just sit in the chassis. That's something I used to do before I met Al Swindahl. We were all very keen on everything in my cockpit to exact the previous ride, everything. I mean, within a quarter inch. That's how I was always able to go into a national event, we'll say, with a brand new car.

"In fact, '80, I did with a Ron Attebury car, and the paint was still wet on the car. I mean, that's a true story. I don't require any time to speak of because I keep my cars absolutely the same, cockpit-wise. That is something I just believe in."

The car on the jig will be nothing like the one Muldowney drove to the 1980 Winternationals Top Fuel title.

"It's something that looks like it's out of Star Wars," Muldowney said.

"They can shut the car off on their own if there's a problem or whatever."

Muldowney immediately felt comfortable sitting in the conglomeration of bars, envisioning what lies ahead.

"It fits me perfectly," she said. 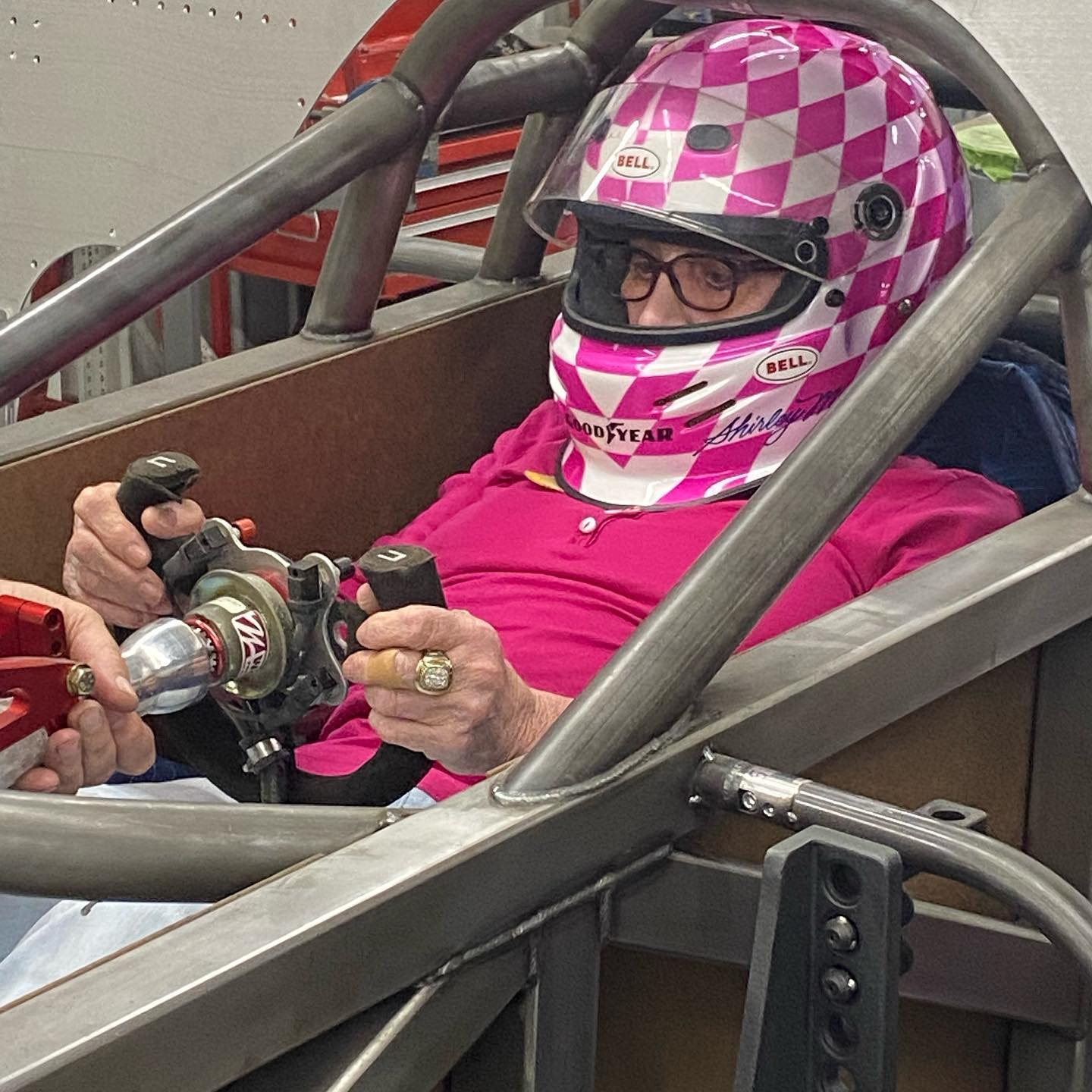 And the most critical fit for Muldowney has been Brown. Brown's shop in Denver, NC., is known as "The Garage Shop" and serves as a popular destination in the community.

Muldowney was introduced to The Garage Shop as a guest on the Tim Packman podcast.

"That's where everybody congregates, and a lot of different cars," Muldowney explained. "You walk in there, and it looks like, my God, you walk in his place and it's like a trip through history. The guy's unbelievable."

Muldowney is trying her hardest to temper her enthusiasm and understands clearly nothing is carved in stone.

"There's thoughts and hopes and prayers out there, and you just don't know," Muldowney said. "It will probably be late fall next year."

"I've never been on the salt, and that has always been a desire of mine to go out there race with good equipment. The jet and rocket car thing kind of turned me off. I like the idea that it is piston-driven. That pretty much says it all. This is, I think, the perfect car for me."