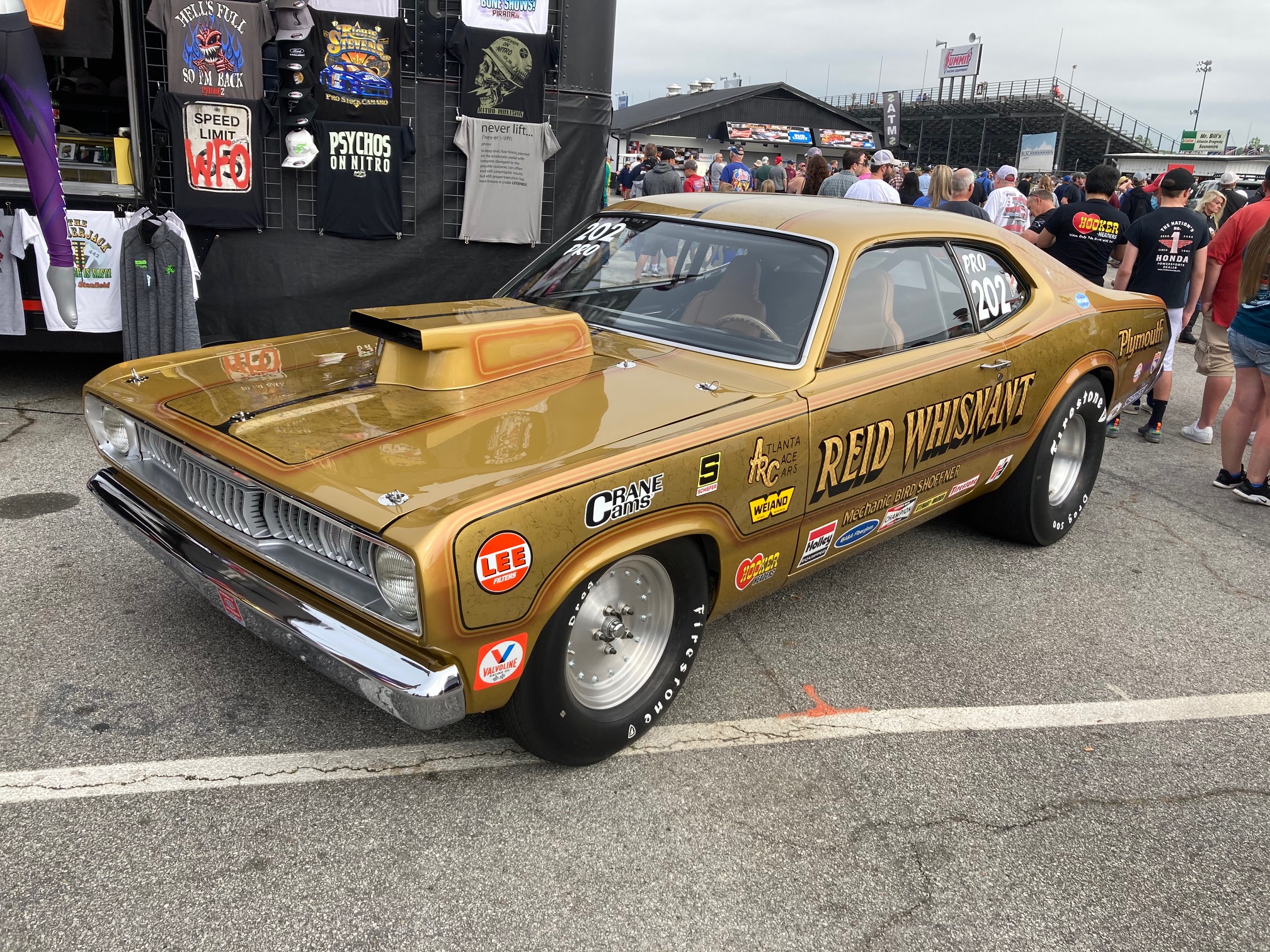 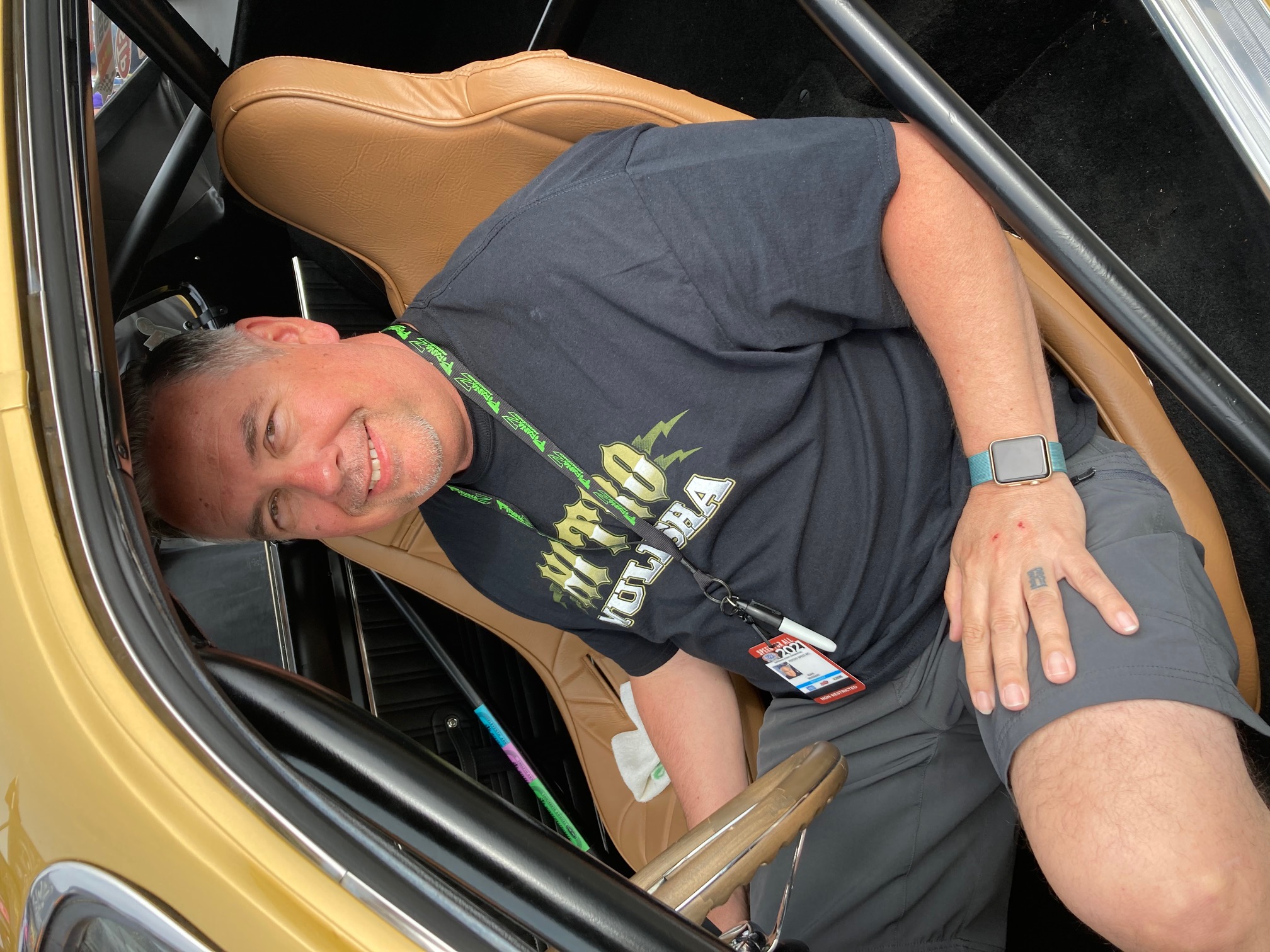 Mark Whisnant was as proud as he could be. The former drag racer who now runs a successful drag racing apparel business had his father's 1972 Duster Pro Stock car on display at the NHRA Southern Nationals.

This race car was no replica; it was the real deal car rescued by noted race car restorer McGrath Keen.

"I'm so glad we got this thing done before this last race," Whisnant said. "We had such a history here. My dad raced from the first race here and to get this '72 Duster out here, to let some of the fans see it. Again, I'm sure some guys, old-timers, have been here and seen it go down the racetrack.

"I can't be any happier than the outcome of it. His legacy will live on in this. This is the only car that's ever been restored, of my dad's old cars. Hopefully, it'll be here for years to come."

While the elder Whisnant had already moved on to another car, the classic Mopar made many laps at neighboring tracks.

"This was the first Atlanta Race Cars Duster," Whisnant explained. "I was only four years old when the car was built. I do remember riding in that passenger seat a few times, coming back from getting a time ticket or a scale house."

"It was a dominant race car. One that I'm very proud of. And I'm sure my dad would be proud of what he's done with this thing, because none of his cars were ever restored."

Keen of Dublin, Ga., found the car in basket case condition in Kentucky. He was an older teenager when he first saw the car run.

"He was our local hero, and he won Division Two, and we actually ran a small block Vega against him," Keen explained. "We always thought we were going to outrun the car the next weekend, and we didn't know the power the Hemi created."

Keen runs Detroit Garage and has been restoring classic race cars for over three decades.

"There were a lot of things on this car that were unique," Keen said. "This was the pinnacle of our restorations, and we didn't really have a budget for this car.

Sunday's final day of racing at the track outside brought forth a special moment for Whisnant.

"I got to drive it up here [beside apparel trailer] and went through a lot of emotions," Whisnant admitted. "Just driving it up from the trailer. Man, we got a lot of history here. I've been down this race track a lot of times, testing and racing. To have this year for some of the old-timer fans to see it, that actually saw go down the racetrack, is significant, to be in the last race here in Georgia. Pretty significant."