TALKING WITH THE PRESIDENT: AN INTERVIEW WITH NHRA'S GLEN CROMWELL 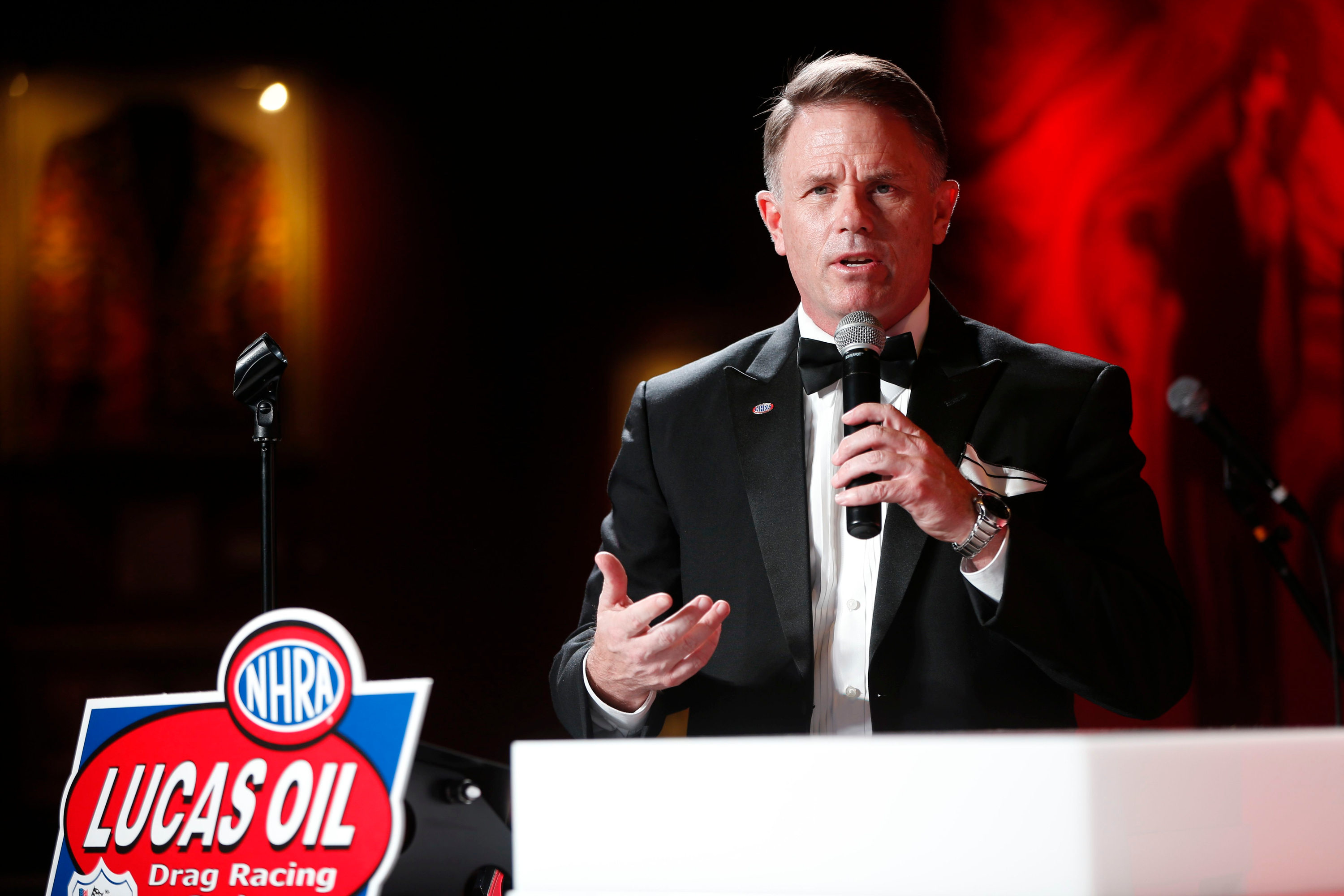 He and his team have survived a pandemic. They are navigating their way through what appears to be a recession. And, yet the NHRA and its President, Glen Cromwell, continue making moves to guide the NHRA in a positive direction.

Is the NHRA's world perfect? No. And even when Wally Parks was at the helm of the world's largest sanctioning body, there were challenging times.

Recently CompetitionPlus.com's Bobby Bennett caught up with the NHRA's fifth president to discuss the hot-button topics of today's drag racing in regards to the NHRA and its world.

BB: After the pandemic of 2020 and then 2021 was clearly a recovery year. It would appear that the NHRA was in survival mode, as was most of the United States, largely operating in defense mode. Did the recent shootouts and the pay raise signal NHRA is no longer playing defense and has instead assumed an offensive position?

GC: I think you are correct. I think 2020/2021, no question, and I guess I would use the word more reactive, not so much survival, but reacting to what was being thrown at us with the pandemic. As you mentioned, everybody was adjusting to that, no different as the NHRA and all of our stakeholders. But I think with Pep Boys coming in with the Call Out, which is a unique new format that Pep Boys came up with, with purses, working with the race teams on a logistically-friendly schedule for 2022, the NHRA working with the race teams to help subsidize some of the nitro-methane really speaks volumes that we're all coming together, whether or not we call that offense, you could be proactive or offensive minded, absolutely. Looking back, we were reactive, and we need to change that tune and play more offense.

GC: This is adapting to the current environment. It really is trying to find efficiencies for our racing community, not only race teams but all of our stakeholders. Safety Safari, going across the country with tractor-trailers. It's essential to sit down and communicate with our stakeholders and find efficiencies, and we did that. Starting the season in Gainesville and then having the teams come west, I think, will help tremendously. So it definitely is a continued effort to try to help people through some of these challenging times. 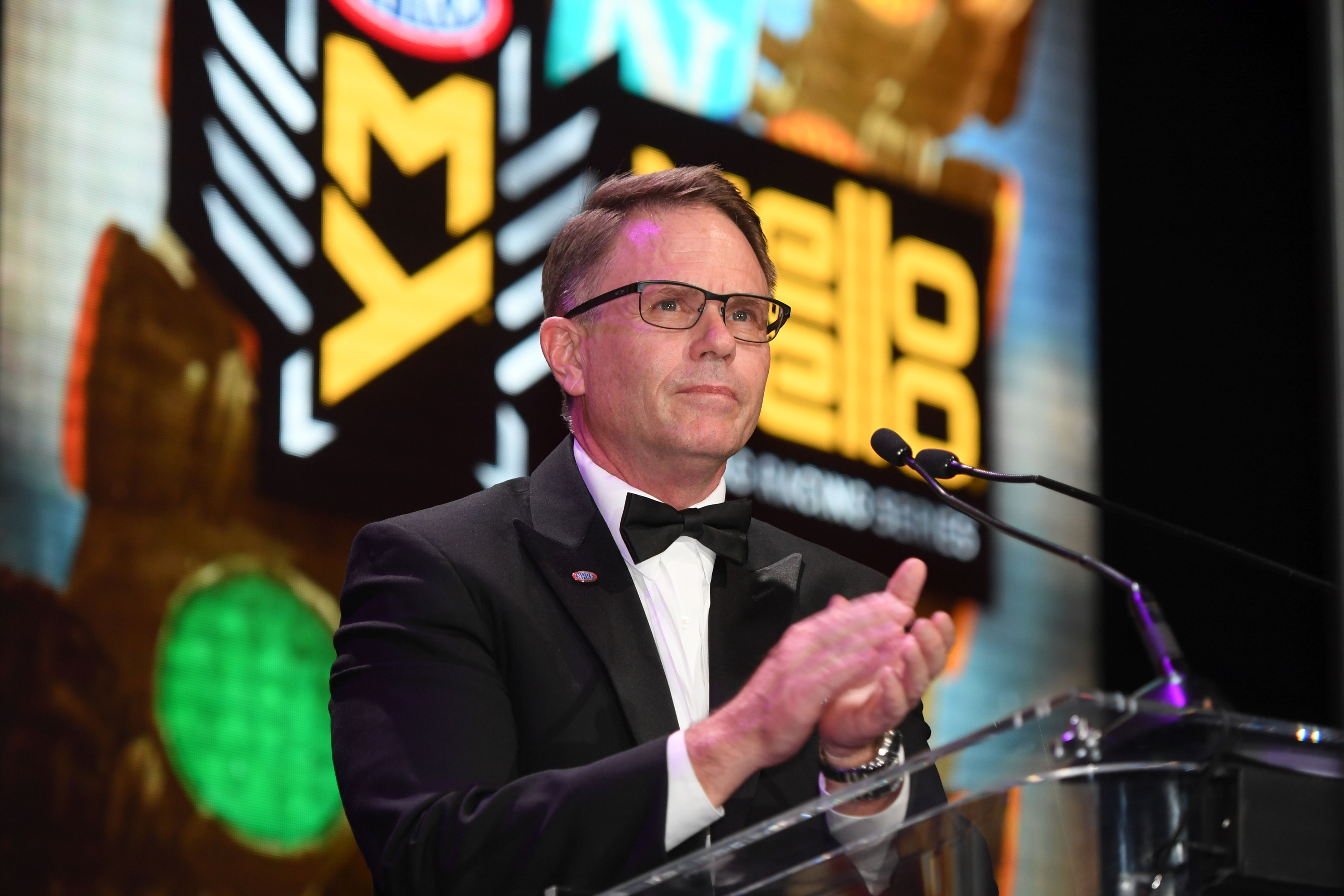 BB: Since the pandemic, the Pomona market, I think you can agree, has been less than stellar. How long will the NHRA stick with what appears to be a losing proposition?

GC: Pomona hosts two very important events. We have a long-term commitment with the Fairplex. We believe in the Los Angeles market. It's number two DMA. It's one that was probably hit more severely with the pandemic than maybe different areas of the country. But we are very confident that both events will rebound, and we believe that the finals, AAA Southern California NHRA Finals, will be a very strong event and will continue that momentum into 2023.

BB: About that Pomona thing. It's hardly a Winternationals when it's the third race out, and in March, is this another tradition that could fall by the wayside, and maybe Pomona gets a new name?

GC: We're big believers in tradition, as our fans are too, and it's something that we don't really want to change. I think the environment is probably forcing us to make a short-term adjustment. But I kind of look at it as an opportunity in the sense that we have been in February. There's a lot of competition in motorsports here in Southern California in February. We now have two NASCAR events with the Coliseum event. The first week in February, you have Fontana. You've got the Super Bowl. You've got Supercross. You have Monster Jam; you have TBR all in mid-January to all of February. I actually look at it as an opportunity for the Winternationals to move out of that very busy month and allow our fans to come out and see us. We also think that it will lengthen the gap between the November event and the traditional February event will give us another month of separation, which I think will help drive demand for the event.

GC: We're very committed. We've had many tracks call us, and we have reached out as more opportunities, new markets, and probably a list of somewhere between six to eight new markets that we could entertain going to with the NHRA Camping World Drag Racing Series event in the future. So I am very optimistic about the opportunities with new markets in the future.

BB: Now, looking at the realities of the current state that we live in with inflation, $6 a gallon of gas. In 1974, Wally Parks and NHRA adjusted to fit the energy crisis. Will NHRA do the same thing?

GC: We're looking at a lot of different things. First and foremost, we'll work with our stakeholders to find that economic balance that works for everybody, from the race teams to our race tracks, to our fans, to our sponsors, especially Camping World, Fox, and Lucas Oil. We'll work as a group and find the efficiencies in that balance that works for everybody. We're already at 22 national events this year. We were at 24 in 2019. So, we actually have moved in that direction looking at the number one thing that Wally did in 1974 was a reduction in the number of scheduled events, and we've done that. So, we're looking at that, and we will continue to adjust as we see fit. 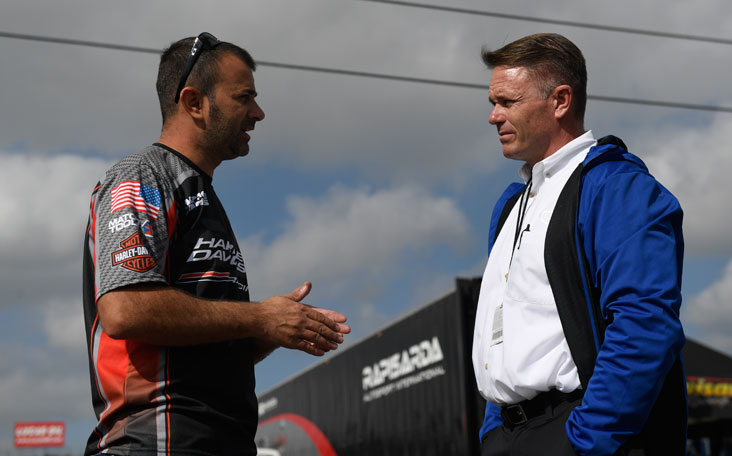 BB: We are now seeing the multi-car teams transition into more single-car entities. Was this something you saw coming in the future when you first took over?

GC: The first we saw was the success that Steve Torrence was having and that he could come out as a single-car team or even a two-car team with his dad, and I think a lot of people saw that. I think that it really started the new movement. Obviously, Tony Stewart coming into the NHRA with a new team, with a two-car team, with Leah [Pruett] and Matt [Hagan], and then, of course, with Ron [Capps] and Antron [Brown] going out on their own. So, did I see it coming in 2018? Probably not immediately, but obviously watching the success of Steve Torrence. I think that was something that we started talking about, and I think a lot of the race teams were watching that.

GC: It shows that NHRA came out of the pandemic and is in a very strong position, with lots of momentum, and I think the world is seeing that. You are correct; there is potentially a third owner coming over here this fall and could be more. So I think it really shows the success of the series, the sport, and what everybody has done together to get us to this point, and really the bright future ahead.

BB: When you took over the NHRA's leadership role some years ago, you mentioned that you were eager to put your fingerprint on the organization. Just as you were moving in that direction, COVID hit. How hard was it being the leader of major league drag racing in such a tumultuous time?

GC: I will say this, and it's something I learned from day one in 2018, and that is, and even when the pandemic hit, how special of NHRA racing community it is, where people come together. You would always see that from the racing side if there was a smaller team that needed help, got to the semi-finals, race teams would go over and help them. I think that really evolved when the pandemic hit, and there were a lot of challenges, everybody came together. The NHRA and the race teams really collaborated much more. The race tracks came together and worked with us on shifting schedules, which is not easy for them to do. They need to make quite a bit of sacrifice. Our sponsors stayed with us, and really, number one, our fans. Our fans were there, they supported us, and it really is a special place to be. It's not one person that leads us. It's a very strong group of people that come together that make this success of this sport.

BB: So, this is going to be a hot-button topic. What do you think it's going to take for NHRA to have its nominees have a fair chance to win an ESPY, which you and I know is nothing short of a popularity contest?

GC: Well, I mean, first and foremost, I think our drivers are the best drivers in the world, and I'm sure you would agree with that. For them, we need to work on really promoting our drivers on more of a national platform. We've hired a PR agency BZA, to really focus on that, to push the sport on a national level and our drivers. I think that will definitely help our drivers get the due recognition that they deserve. 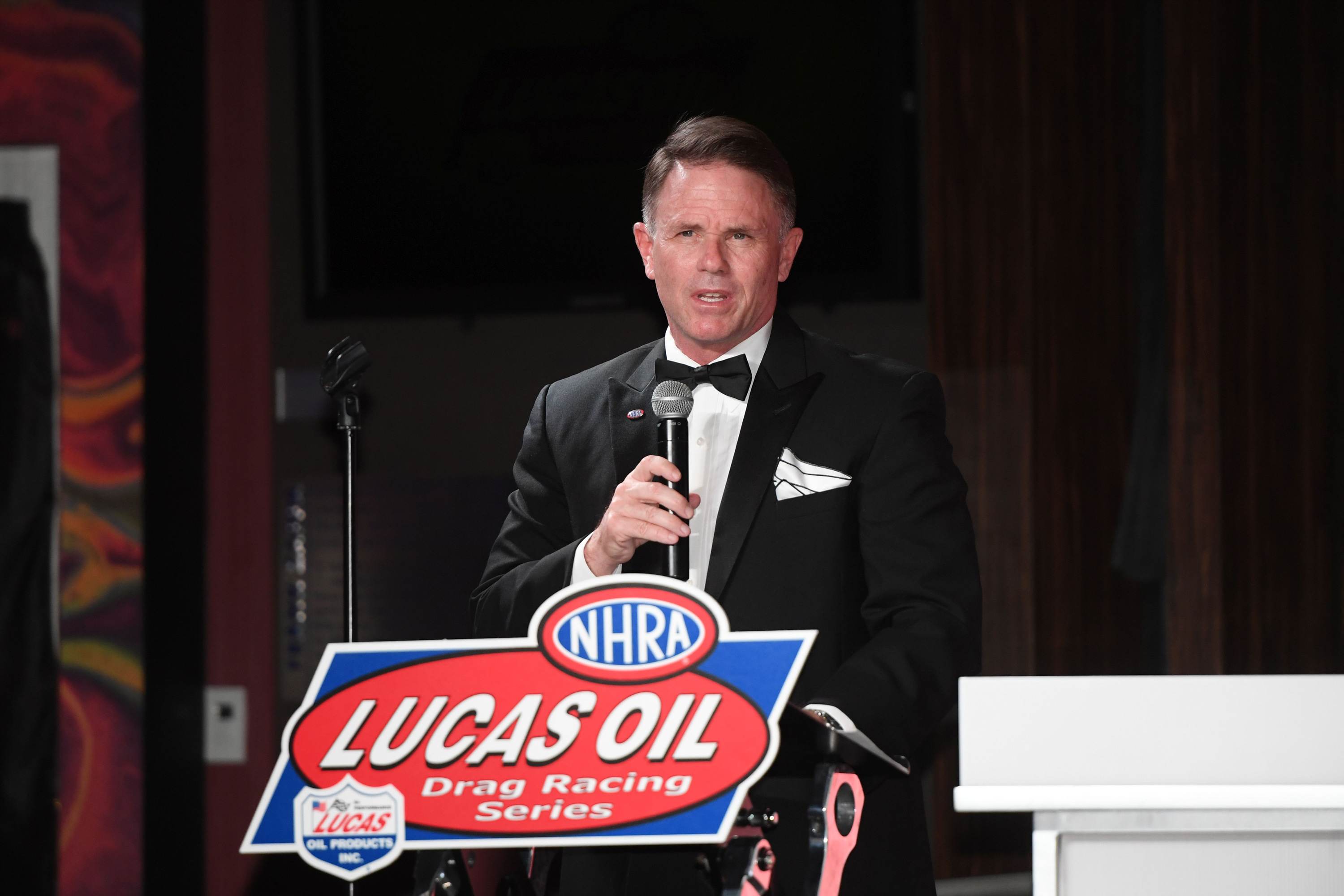 BB: How crucial would it be for drag racing to land a reality show as we had with The Driving Force in today's social world?

GC: It's important. We are working on about five different projects as we speak, with opportunities for secondary programming. I think we would all agree that the story behind the grandstands is unbelievable here at the NHRA Camping World Drag Racing Series events, and we need to capture that and we need to share that with the public. We're working very hard to do that.

BB: One last question. Do you still take the job home with you at night?

GC: Probably a little. But you know what? It's hard not to do that when you have a passion for the sport and the people in it to want to grow it. So, it's always in the back of your head. But I work hard to try to balance my personal life and my professional life. I do a pretty good job with that.

BB: It's very important for you to maintain your family time...