WILKERSON NO LONGER ‘RACING SCARED,’ THANKS TO PARTNERSHIP WITH MAYNARDS, SCAG 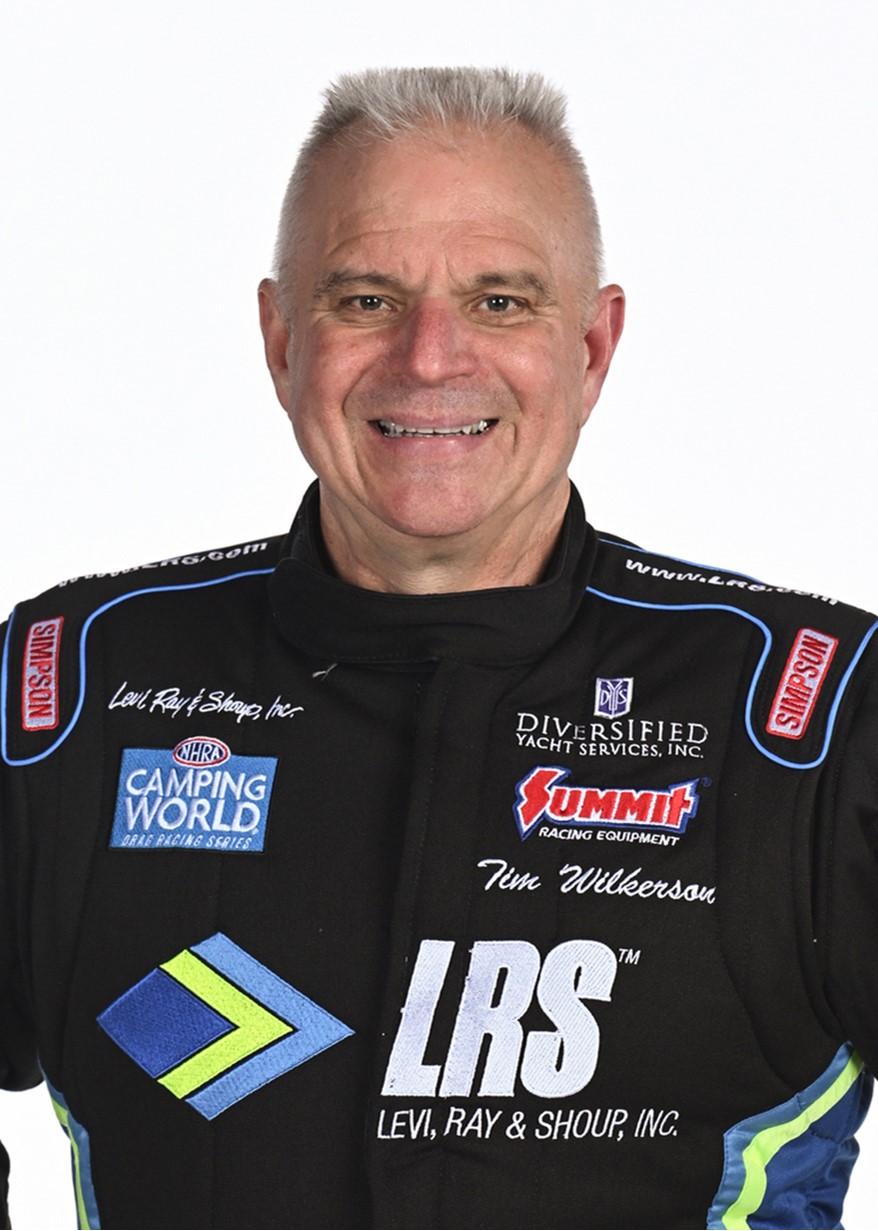 Tim Wilkerson calls it Racing Scared, and the Funny Car owner-tuner-driver has done it for much of his 27 years in NHRA competition.

The Countdown kickoff at Reading, Pa., was a perfect example. His engine detonated during his semifinal victory over John Force, and he used his back-up car to run the final round. Wilkerson fouled out, handing the victory to Robert Hight. More disturbing, though, was that after climbing from ninth place to sixth, he never made it past the second round the rest of the year and finished ninth in the standings – right where he had started the playoffs. “So after that,” he said, “I'm running the next three races on my heels.”

But Wilkerson said Tuesday, “I won’t have to race scared anymore.”

What makes him so sure of that is the announcement that he has partnered with Joe and Cathi Maynard at JCM Racing. The Maynards will serve as co-owners of Wilkerson’s Funny Car operation, which will compete as Maynard Wilkerson Racing (MWR), with JCM Racing partner SCAG Power Equipment as its primary sponsor.

For 10 years, Wilkerson has competed with used cylinder heads and at the close of the 2022 season, was down to one chassis and one Ford body. Starting this March, when the Camping World Drag Racing Series begins at Gainesville, Fla., he’ll have new parts. He already has ordered a new car. Most importantly, what he truly has is a new, reinforced chance at earning his first Funny Car championship.

The businessman from Springfield, Ill., came oh-so-close in 2008, finishing second to Cruz Pedregon, and has registered 18 top-10 campaigns to go with his 22 victories. But Joe Maynard indicated a championship for both Wilkerson and eight-time Top Fuel king Tony Schumacher isn’t out of reach for his newly blended nitro team.

“I would love to see a couple of double ups or triple or maybe five or six, which you can't count on that. But I think as a goal for the team both teams, we've set two to two-and-a-half [round-wins a] race, which is a good way to stay in the points. And quite frankly, if I had my real druthers, I'd see Tim Wilkerson win his first, and Tony Shumacher could get his ninth, and then my wife would be smiling all the way as we drove home or flew home from that last race. So the outlook is to be very, very competitive and be a top-three team,” Maynard said. “And I think by the grace of God, possibly one or two championships could be in the mix.”

For his part, Wilkerson said he is confident that a “little bit of money is really going to make a big difference. We got a darn good car. If you can make it 10-percent better, we'll be in the top five easily.” With the financial resources he has needed to help him earn that championship label along with rivals John Force, Matt Hagan, Ron Capps, Robert Hight, and JR Todd, Wilkerson said he appreciates that cushion. “We know what to do with the parts. If we have an issue, we're going to be OK. And that’s going to keep me from racing scared.”

“This is a really unique opportunity,” longtime privateer Wilkerson said, including the brokering by SCAG Power Equipment President and CEO Randy Gloede. “This came together in the middle of the year when Randy approached him and we talked and talked about it, tried to figure out a way to make it happen. And I know that the Maynards do such a good job with everything they have - I kind of spied on 'em over the year, to be real truthful with you and watched what they did and how they did it. And it was very top-notch and very unique. So I was happy to see that. And then Randy actually came to my shop, and we had a long talk about all of this and ‘Will it fit in my program?’ I'm very impressed with how that went down.”

Gloede said, “Over the fall, I had the opportunity of meeting Tim. We went down to Springfield, and we shared backgrounds and values. And immediately we hit it off, and we agreed that we could partner and everyone could win by doing this.

“When we got involved last year, it was a very measured step back into racing. But what we quickly learned was that the NHRA really meshes well with our targeted demographics within both our dealer base and our end product-user group. At the race events this last year, we used those events to give our customers a VIP experience, to treat them. We could not come up with anything as unique as doing this . . . just to say thank-you. It made a huge impact on them,” he said. “By the end of the season, we had a really firm understanding in terms of how we wanted to use the NHRA events and work with JCM and have that interaction to build a customer experience.

“By adding the Funny Car and sponsoring the SCAG brand across another car gives us the ability to give our dealers and our employees and even our end-users more of an experience at the tracks. And it's something that they'll never forget. It's something that they can remember forever,” Gloede said. “They can bring their families and friends. So many of our dealers, they brought their fathers, their wives . . . we made honorary crew chiefs out of these folks, and it was impactful for them. Tim is the perfect person to help us represent our brand and think our customers. He's got a great story and a great history. He identifies with our dealers, our product customers, our employees, and he'll only help us build on the momentum that we started last year with Tony. We're very lucky we partnered with two drivers that do an absolutely amazing job of connecting with our customers.”

Wilkerson said, “This is an opportunity to grow my team financially with Joe and with SCAG. Randy's made good commitments to us.” That, he said, comes with “extra manpower that that's going to be available to me. I think I could talk to any group chief out there, but the little things are what makes these things [cars] run good. And I would think that I'll still be OK doing that. But to have Zippy [Mike Neff] and LJ and Phil Shuler also to talk to. I really don't see a downside to any of it. If I get lost in my little rat maze, I got plenty of people to talk to now and people that had good cars. That's a good place for me to kick ideas around.” He reminded that Neff tuned Gary Scelzi to the 2005 Funny Car championship and said, “So he’s a good all-around tuner, and I'm excited to have him on Tony's car. That car needs to step up. And I think it's nothing but upside for me.”

Wilkerson indicated his drill won’t change. He’ll continue to operate on the strength of his own knowledge and experience, just like he always has. And he will continue to work with the other racers he has been helping establish themselves in the pro ranks. 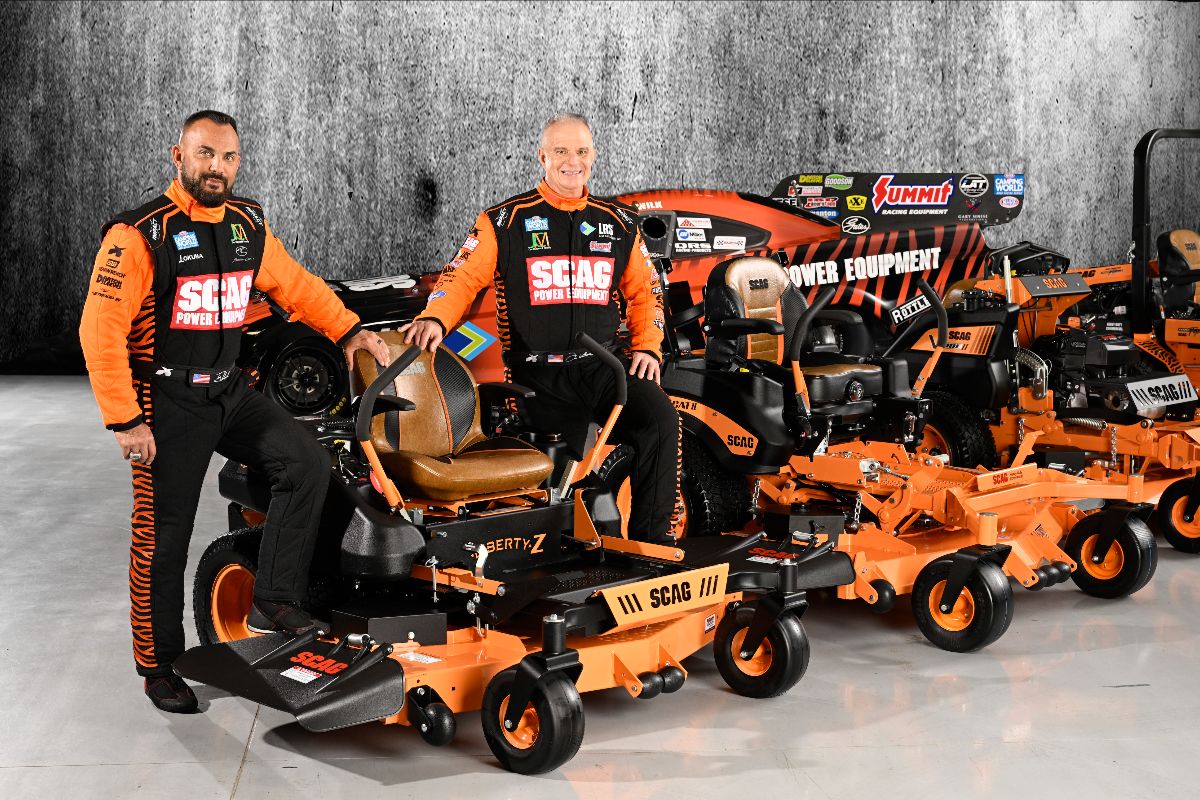 “I've already made it clear that I don't want somebody over my shoulder, chirping at me every run, because I'm not good at that,” Wilkerson said with a chuckle.

“And the rest of the plus side is all of my team's still intact. We have a niche little group. I call 'em my kids. I love all them kids. And usually I don't lose any employees to the bigger teams outside of if they decide they want to go live in Indy. So I think living in Springfield's kind of neat. So my guys are, they're all Tim Wilkerson gung-ho, and they're real excited about this. And to me that means a lot. And Richard Hartman's still going to be my right-hand man. He's still going to be out there holding my hand and making sure that I'm doing things right and [pointing out the] wrong, like he does every day.”

As for his “proteges,” Wilkerson said, “Joe and I have discussed that in length, and he's really nice about that. To be real truthful with you, he told me that he didn't want me to stop doing that if I didn't want to. And I said, ‘Well, I've briefed all these of [racers] that I try to help and get along out there, I've already briefed them to this scenario that I would probably be a lot less available. So we'll see how all that goes during the year, but I've already got Buddy Hull, another guy to work on his car and [Bobby] Bode does a pretty good job on his own. And he said his son Daniel Wilkerson “is still going to work on Chad Green's car this year. So I think it's all going to work out just fine.”

Dick Levi, owner of Wilkerson’s two-plus-decades-long sponsor Levi, Ray & Shoup, will continue with the team as an associate sponsor. And Wilkerson said, “Everything comes to an end, right? I mean, I've been 22 years with Levi, Ray & Shoup, and that was a very difficult decision. I wouldn't be here without them, bottom line. We did a lot of that interaction [Gloede talked about] with LRS. I'm listening to Randy talk about his interaction with his employees and his distributors, and it mimics exactly what used to come out of Mr. Levi's mouth all the time. He would bring customers, and they were computer geeks, to the racetrack. And he said, ‘I've never had anybody leave and say that wasn't the coolest thing I've ever seen.’ So Randy and I have talked about that, about that I'll have the availability to go to autograph sessions and stuff like that. And he's real open-minded about it and real easy to get along with. I can see that we're not going to have any problems with that, but I'll still have time for my Wilk’s Warrior fans and all the crazies that love me to death.”

And nothing about his program will be scary from now on.