STRAIGHT AHEAD WITH JEFF WOLF - TWO DOUBLE-DOUBLES ARE ENOUGH

It was evident three weeks in Las Vegas than fans like the four-wide concept of the NHRA Mello Yello Drag Racing Series.

They liked it enough that sellout crowds were announced for Saturday and Sunday racing after a near-capacity crowd opened the Denso Four-Wide NHRA Nationals on Friday.

The Strip became the second permanent four-lane track in the world. Its Speedway Motorsports Inc. sister facility near Charlotte is the other.

When motorsports magnate Bruton Smith’s publicly held Speedway Motorsports Inc. purchased Las Vegas Motor Speedway in 1998, one of his first projects was to complete construction of the dragstrip where only a massive concrete grandstand stood near the big oval track upon the acquisition.

It was slated to be the first permanent four-lane dragstrip. But while most of the infrastructure was prepared for double-wide racing, only two lanes were completed in 1999. It remained that way until work began late last year to expand it to four lanes for competition and Las Vegas now has joined SMI’s sister track zMAX Dragway at Charlotte Motor Speedway as the only four-lane dragstrips in the world.

The 91-year-old Smith is founder and chief executive of

The National Hot Rod Association took a wrong turn a few weeks ago when it toughened penalties for drivers crossing the centerline during competition in Mello Yello Drag Racing Series events.

In addition to the past penalty of having the run disqualified, drivers now are docked five to 15 points for crossing the line or hitting one of the orange foam blocks.

Top Fuel dragsters and Funny Cars must remain within their lanes for 320 feet past the 1,000-foot finish line. Apparently, after that, they can cross over to take out an opponent without losing championship points. There also are no points penalties for crossing the line on burnouts.

NHRA states “crossing the centerline and/or striking timing blocks is a serious safety concern and causes delays in racing due to cleanup time required for such incidents.”

Bob Glidden grabbed the ringing telephone and said, “You’re lucky you caught me. I just came in the house. I’ve been out for a week, digging up a septic system.”

Mind you, he was 70 years old at the time. But the Whiteland, Ind., native never lost that Midwest work ethic, that lunch-bucket mentality and even at 70-plus could put a longshoreman to shame with his productivity. Most remarkable is that Glidden’s self-imposed septic-tank assignment came not long after he underwent experimental surgery at Johns Hopkins Medical Center to receive stem-cell implants in his heart.

(Glidden, in typical fashion, sloughed off the serious procedure, saying, "I had open-heart surgery in 1994. Compared to that, this is no big deal.”)

While the High Sheriffs get low marks for diplomacy, tact and transparency, in my opinion their response to the Larry Dixon situation probably was justified.

As much as I admire Larry as both a person and a racer, in the case of the two-seat Top Fuel dragster, I think the three-time world champion may have let his enthusiasm override his judgment. In an earlier interview with Competition Plus publisher Bobby Bennett, Dixon was very candid in outlining his view of the events and circumstances that led to the indefinite suspension of his competition license, going so far as to admit that he was embarrassed by the whole affair.

The NHRA, on the other hand, apparently has taken a vow of silence, declining to explain its actions beyond an initial press release. Since we are privy to only one side of the story, it would be easy to pile on -- which was my intent at the outset. After all, the Sheriffs generally make themselves pretty easy prey.

However, things are not always as they seem.

DAVE DENSMORE SPEAKS (COMMENTARY): - IT WAS ALWAYS MORE ABOUT THE REUNION THAN THE RACING

​There is no better example of the NHRA’s current disconnect with the sport it purports to promote than its callous handling of last year’s 25th annual California Hot Rod Reunion and its shameful treatment of those responsible for the event’s creation and success.

Twenty-five is an enormous milestone in any endeavor but, instead of a celebration, what the NHRA delivered was a swift kick to the nether regions; a boot to the balls, if you will.

Racers who spent months restoring old cars to their former prominence and took time away from family and business were turned away at the gate. And why? Because the NHRA, in its infinite wisdom, apparently determined that despite what you and I might believe, there apparently can be too many old cars at an old car event. I don’t know what that number is; the NHRA apparently does.

DAVE DENSMORE SPEAKS (COMMENTARY): - IS IT STILL SOCIALLY ACCEPTABLE TO GIVE EVERYONE A FAIR CHANCE?

Over the last 40-odd years, first as an NHRA employee, then as a PR flack and finally as an unapologetic fan, I have proposed dozens of ideas for improving the sport and you know what?  I can’t recall a single one that ever was adopted or even adapted by the NHRA, the IHRA, the PDRA, the ADRL or any of the other HRAs and DRLs on the planet.

Which begs the question: Is it me?

Regardless of the answer, the truth is I’ve reached a point where I don’t really give a crap.  So, you can either indulge an old man another opinion or you can suck eggs although I’m sure there are other options.

The fact that the High Sheriffs have decided not to replace departed Vice President of Communications Terry Blount, a nice man who apparently misunderstood the essence of his job, calls into question the course on which the world’s largest motorsports organization now is embarked.

Like Geno Effler before him, Blount evidently was operating under the delusion that, as the VP/Communications, he was to “communicate” the NHRA message to the media, racers and fans which, in his short time in Glendora, he managed to do with considerable skill.

He probably thought that by rebuilding eroded relationships with key outlets like USA Today and leveraging the contacts he made as an award-winning writer and broadcast journalist, he had secured a corner office and the proverbial golden parachute to which so many NHRA executives seem to aspire.

COMMENTARY: SUSAN WADE - SOME NEW YEAR’S WISHES FROM COMPETITION PLUS

I’ve been in the repair shop for much of the year. But that doesn’t mean I haven’t been paying attention.

So, I present my annual Top 10 list of the most important stories in the business and politics of the 2016 NHRA season. 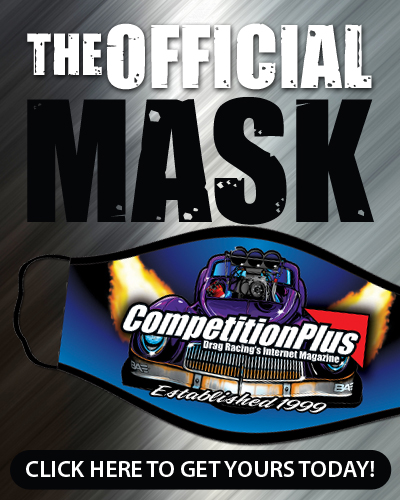