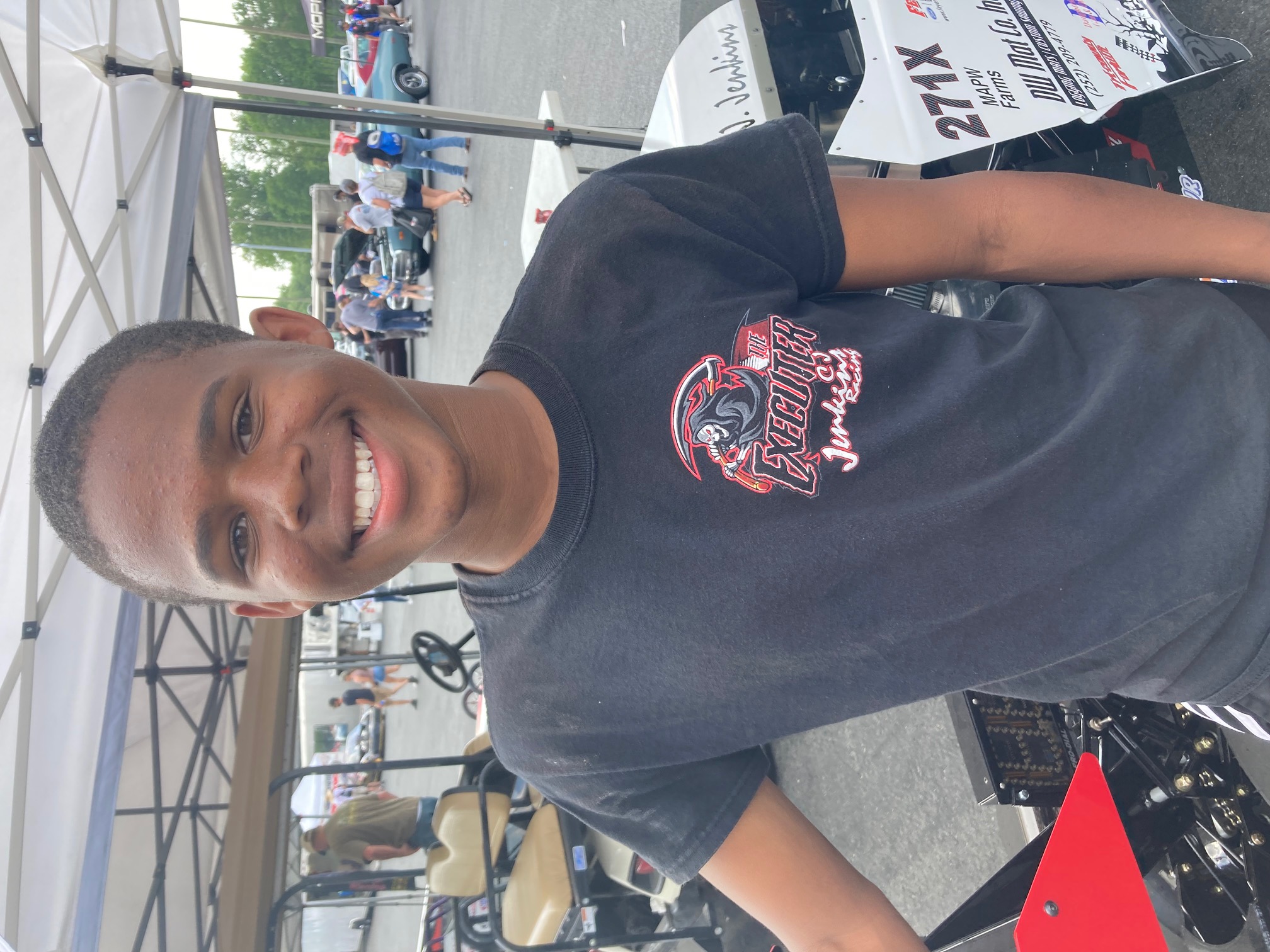 It takes only three minutes of chatting with Junior Dragster racer C.J. Jenkins to realize the future of the sport will be just fine.

Jenkins, 14, from Jamesville, NC, on the eastern side of the state, is a talented driver with roughly 30 race wins to his credit. However, it's not his driving talents that will catch your eye.

The way this teenage drag racer conducts himself will leave a lasting impression. He's a member of his school golf team and works in the family's business because he understands "it's what pays the bills." 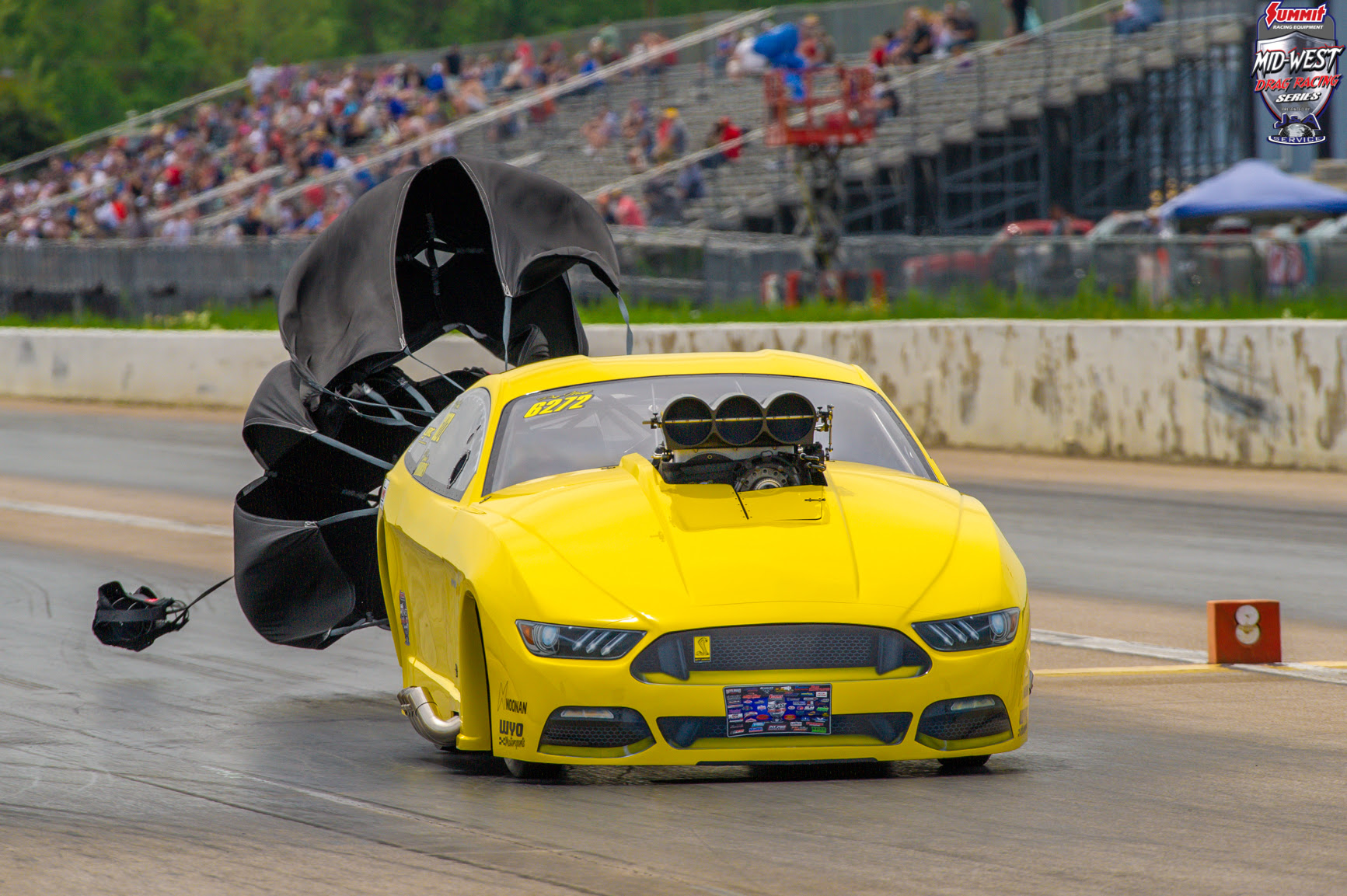 ​The spring edition of Osage Casino & Hotel Tulsa Raceway Park’s popular Throwdown in T-Town got even bigger when eliminations were postponed at the recent Summit Racing Equipment Mid-West Drag Racing Series (MWDRS) presented by J&A Service Memphis Nationals two weeks ago. Now, it’s race week again and racers are traveling to Tulsa to put on a show for the Throwdown fans.

“This has become a nationally recognized, can’t-miss event,” said Keith Haney, owner of the MWDRS and co-owner of Tulsa Raceway Park. “Fans have come to expect a thrilling, diverse show at the Throwdown, and they absolutely pack the place. Racers come from all over the country because they want to put on a great show in front of a huge crowd. It’s a win-win for everyone involved. And now with two races in one, it’s going to be an even bigger show.”

LEGACY SECOND TO LIVING IN THE MOMENT FOR JOHN FORCE, STEVE TORRENCE 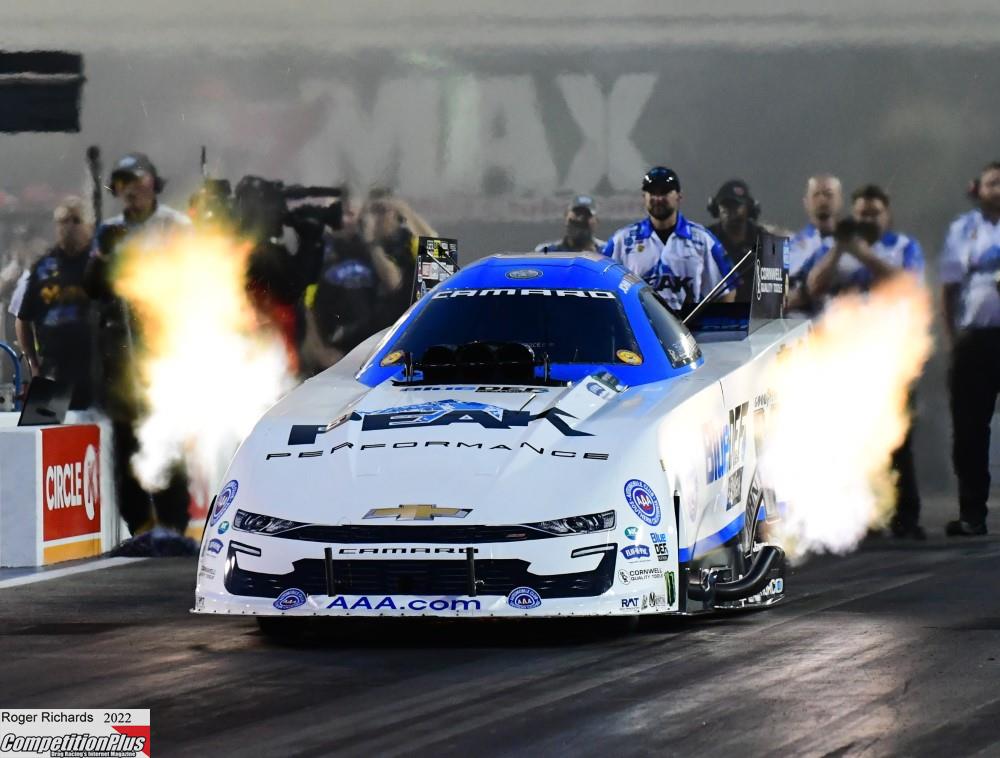 Between the two of them, they have 20 NHRA championships. What they don't have is an idea of is how they want their legacies to play out when they hang up the firesuit.

John Force has 155 career wins, putting him atop not only the all-time wins list of Funny Car racing but also all of professional drag racing. Steve Torrence's 51 Top Fuel career wins, while impressive, pales in comparison to Force's resume. He's just one win shy of tying Joe Amato and Antron Brown for the third-winningest driver in the class. 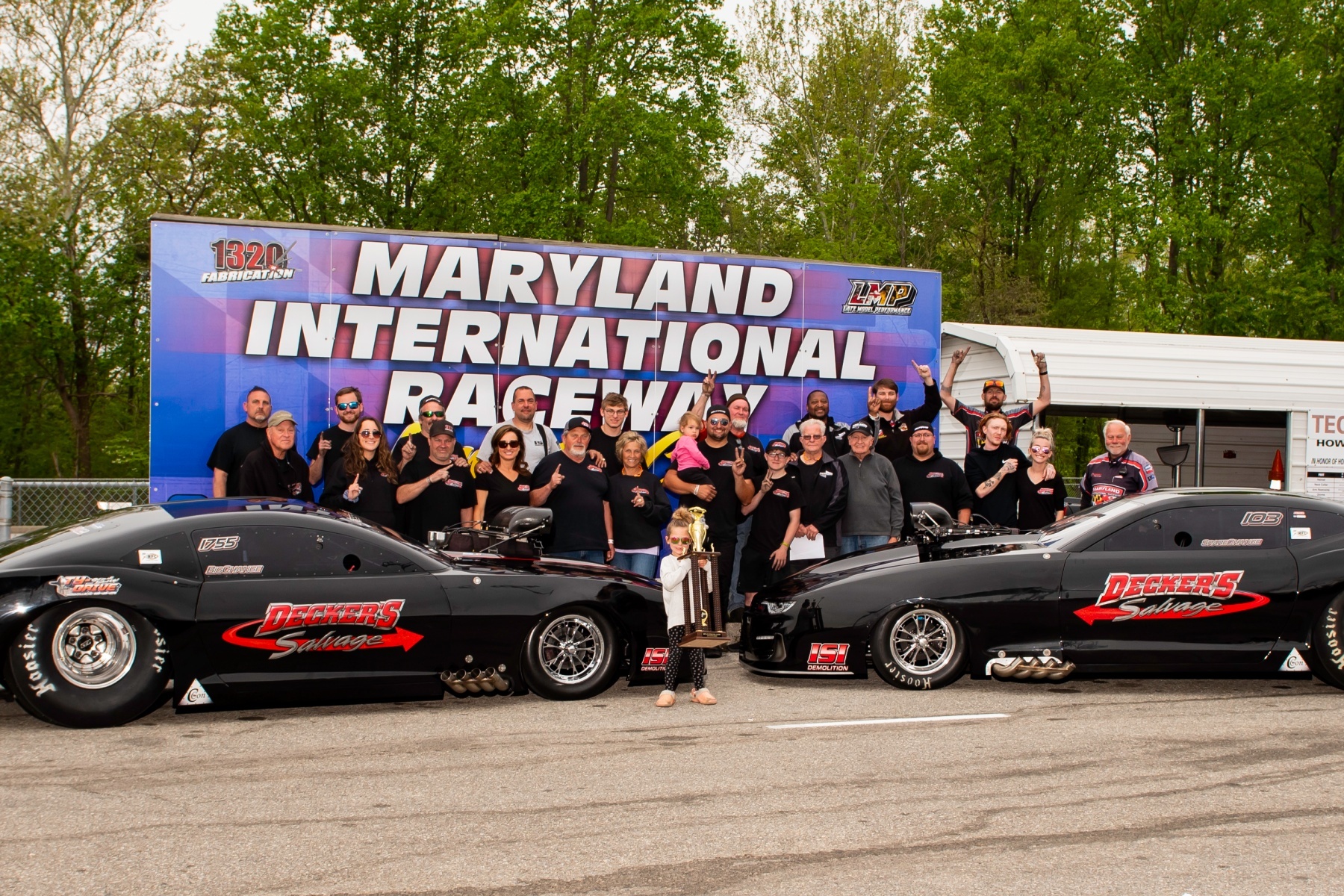 “We've lined up against each other before [in Outlaw 10.5], but we've never beaten the whole field before we got there,” Decker Jr. said. “It's very exciting and it just doesn't happen.”

The younger Decker was making his NEOPMA debut as the driver of the team’s second car, the screw-blown Decker’s Salvage “Spare Change” ’20 Camaro. He qualified third with a 3.637-second pass at 209.04, while Decker Jr. struggled in qualifying and started eliminations from the No. 13 spot with his 3.958 at 143.70. 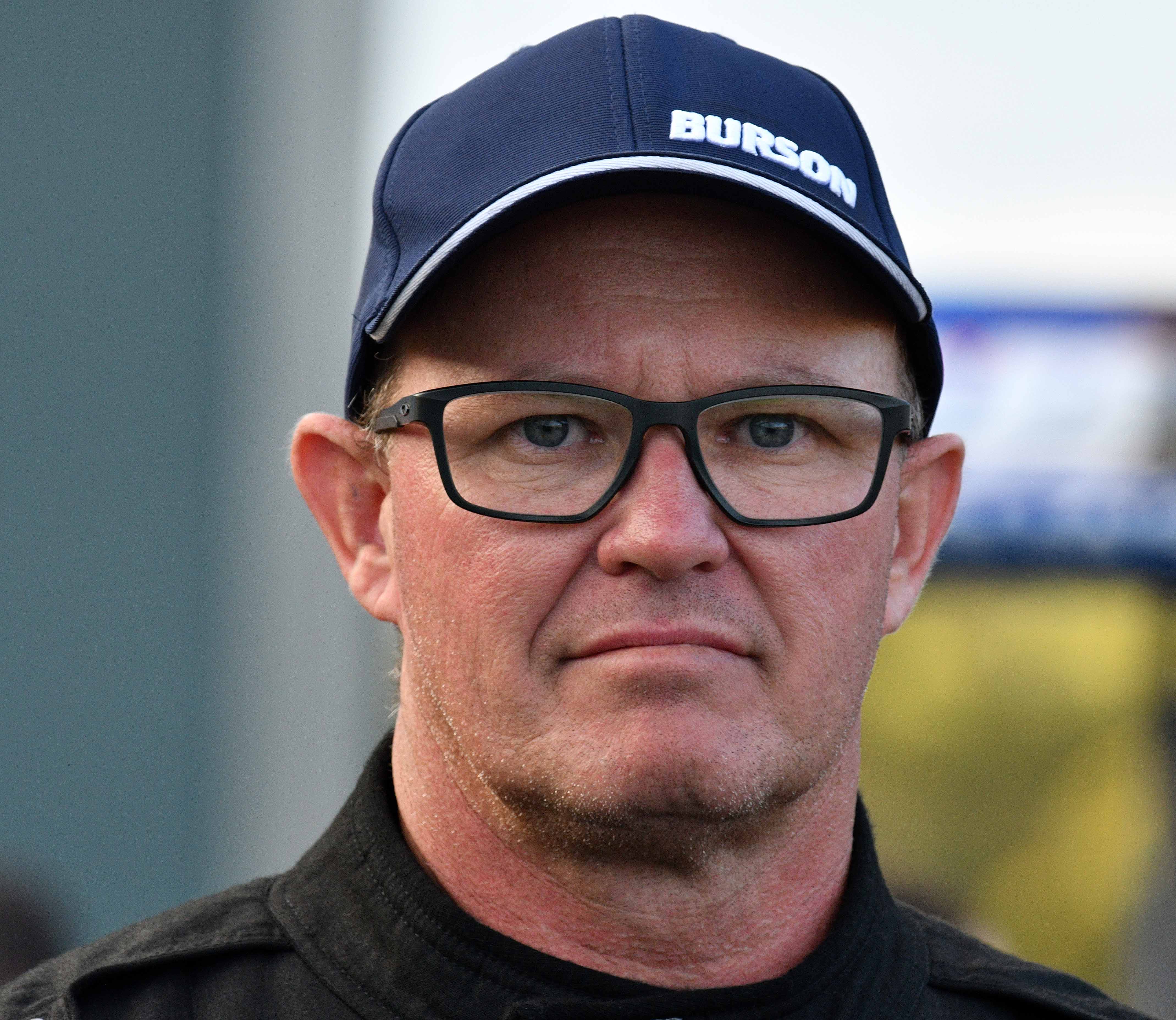 Shane Olive, who made his debut this season with Lamattina Top Fuel Racing alongside team owner-driver Phil Lamattina, will be chasing his first podium at round four of the Burson Auto Parts Australian Top Fuel Championship at Sydney Dragway, May 6-7.

Olive landed the plum ride with LTFR after a successful career in Outlaw Nitro Funny Cars.

His best result came in round two, where he downed three-time Oz champ Phil Read and set a new eighth-mile track record of 3.17, 265 mph. 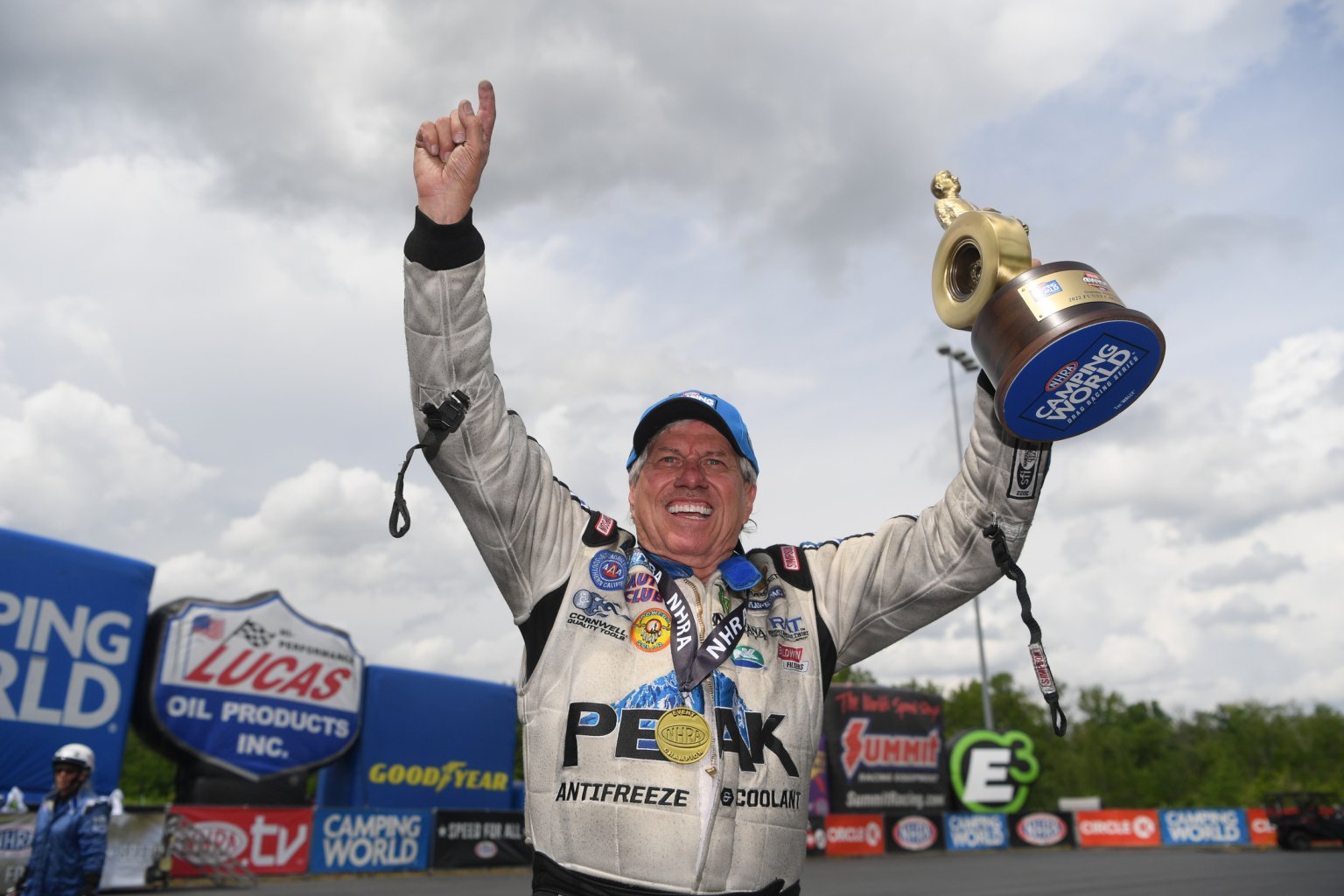 Once a goat, always a goat.

And now, 16-time NHRA Funny Car champion John Force understands the difference between a donkey and a goat. 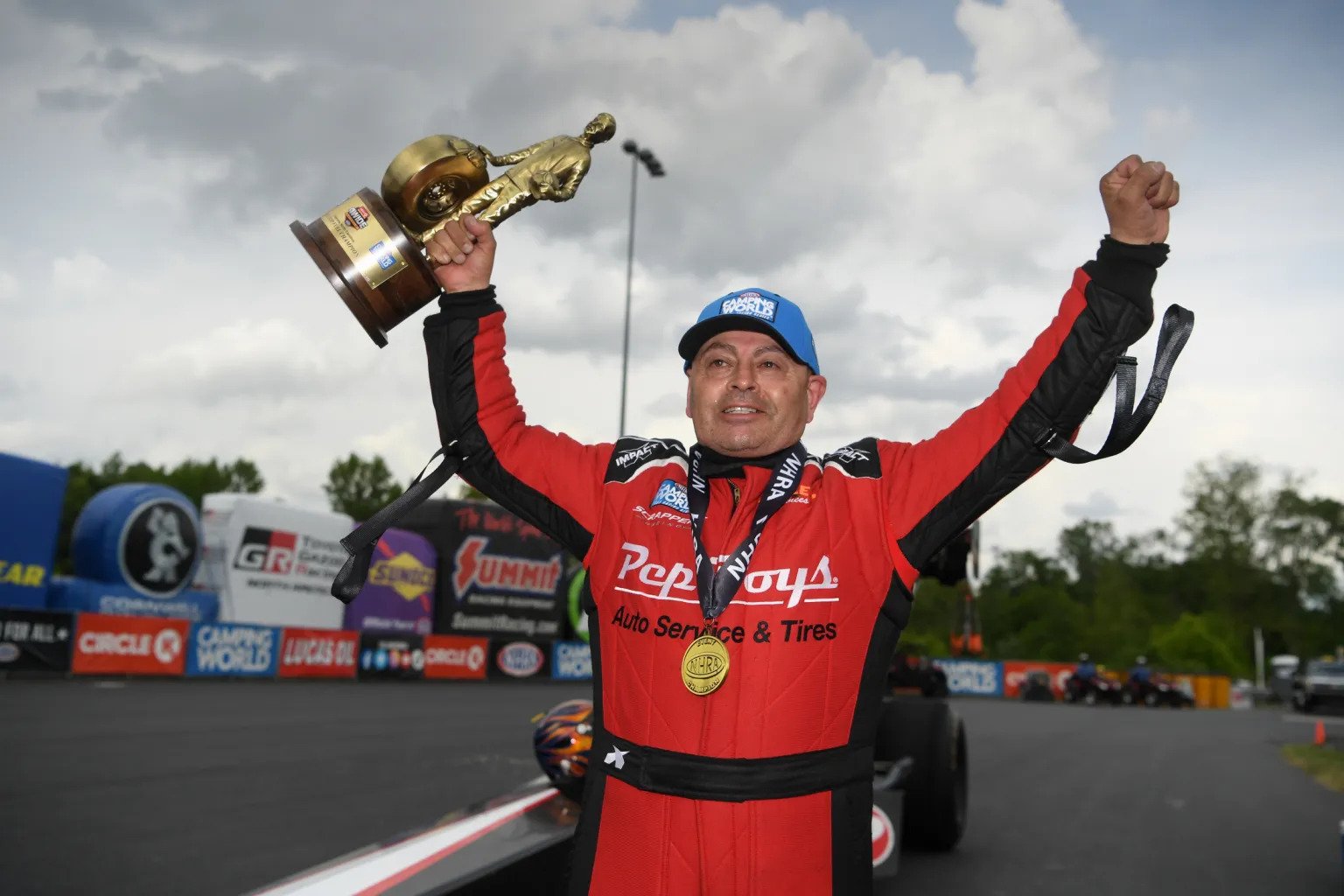 It wasn’t as though Mike Salinas hadn’t won in Top Fuel competition.

It wasn’t as though Mike Salinas hadn’t won earlier this year.

OBSTACLES ASIDE, STEVE JOHNSON COMES OUT ON TOP IN CHARLOTTE 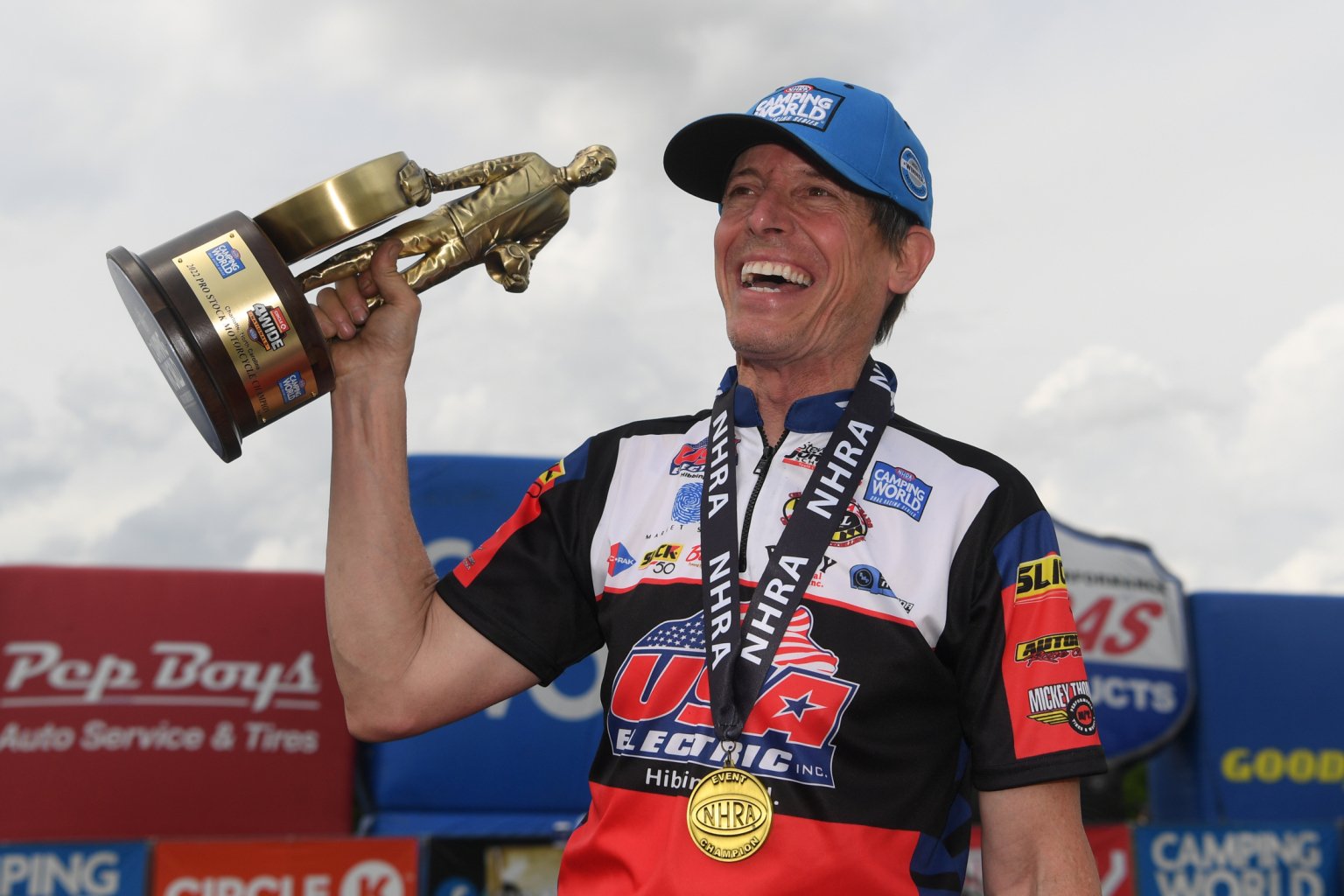 Steve Johnson captured his second consecutive win of the season and 13th of his storied career at the Charlotte Four-Wide Nationals from zMax Dragway, putting together another convincing performance aboard his Slick 50 / USA Electric Suzuki.

"Anytime you can race and win on a Bruton Smith track, you are killing it in drag racing," Johnson said.

J. FORCE, SALINAS AND JOHNSON POWER TO WINS NO. 1 AT NHRA FOUR-WIDE NATIONALS 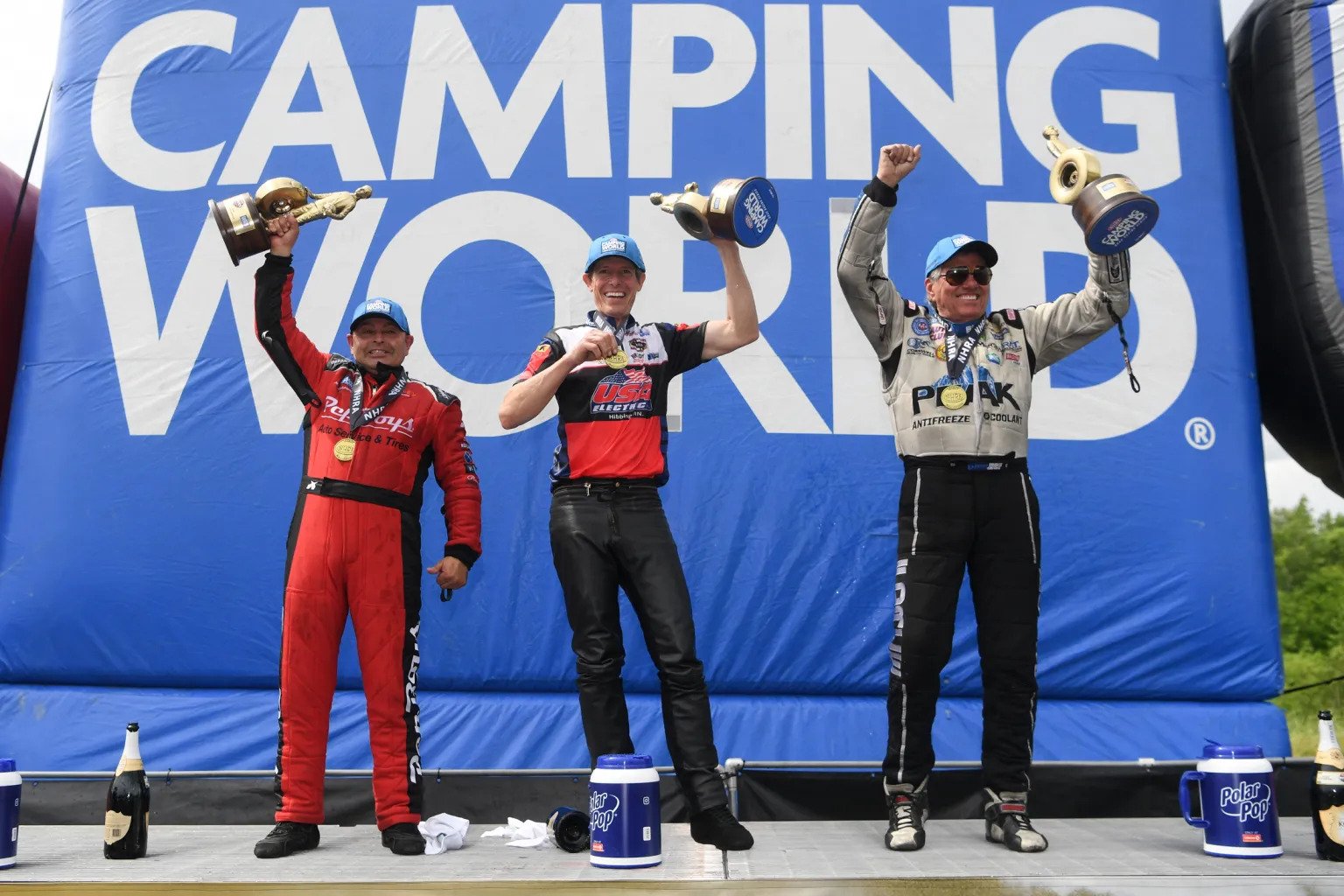 John Force finished off a dominating weekend with his first victory of the 2022 NHRA Camping World Drag Racing Series season, racing to his 155th career Funny Car win on Sunday at the Circle K NHRA Four-Wide Nationals at zMAX Dragway.

IF HE DIDN'T KNOW IT BEFORE JUSTIN ASHLEY KNOWS IT NOW 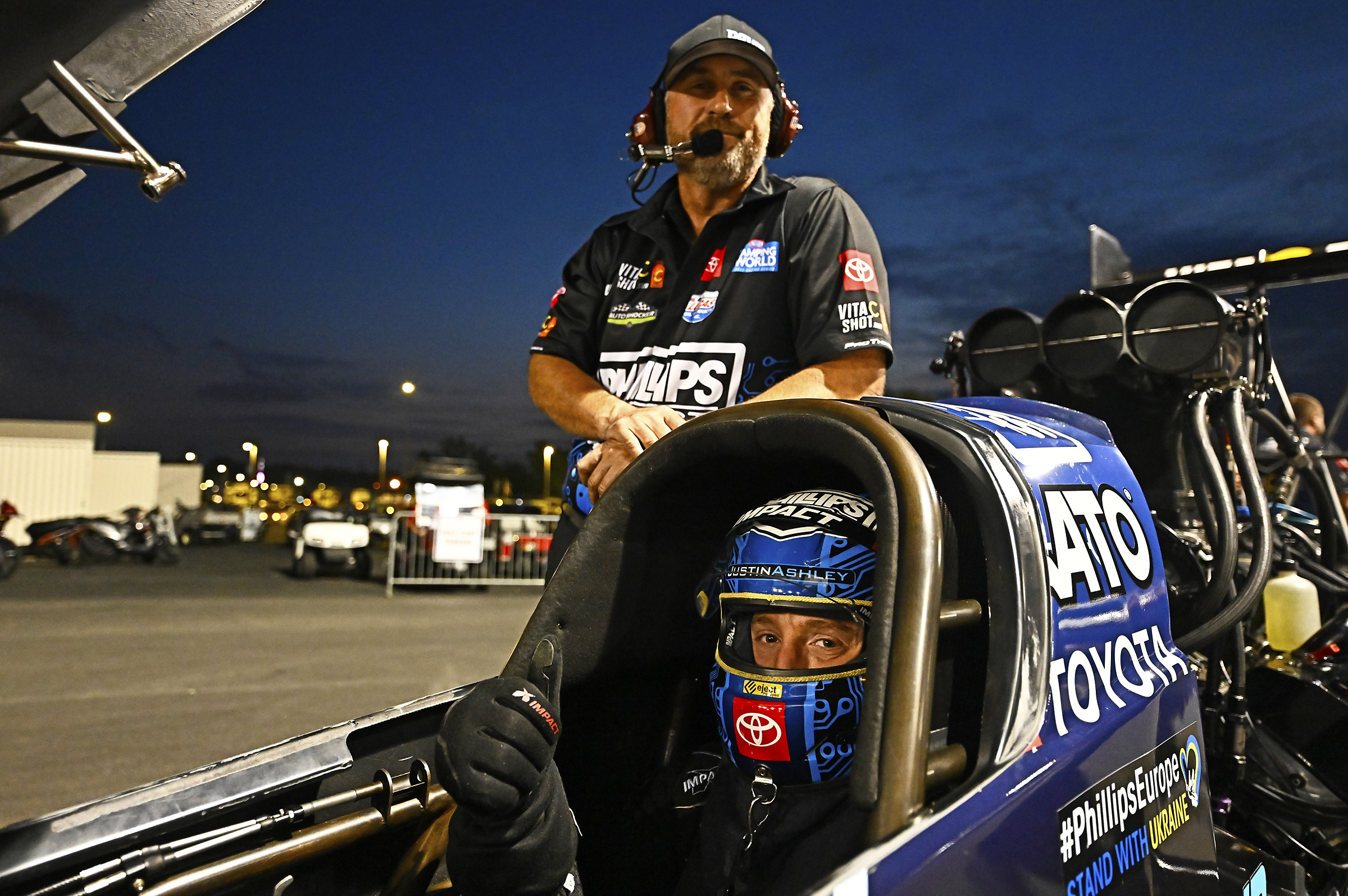 Justin Ashley learned the saying " you live by the sword, you die by the sword" has real credence. He found it out the hard way by losing on a holeshot to Brittany Force in the final round at the NHRA SpringNationals outside of Houston.

“It hurts, and you learn to live with it at times,” Ashley said. “Ideally, going to that final round, it’s not what you want. It’s not what you expect. But I think the most important thing is to learn from it and move forward, which I think I did a good job of.”

The driver of the Phillips Connect Top Fuel Dragster learned the value of adopting the mindset to that of an NFL Quarterback.