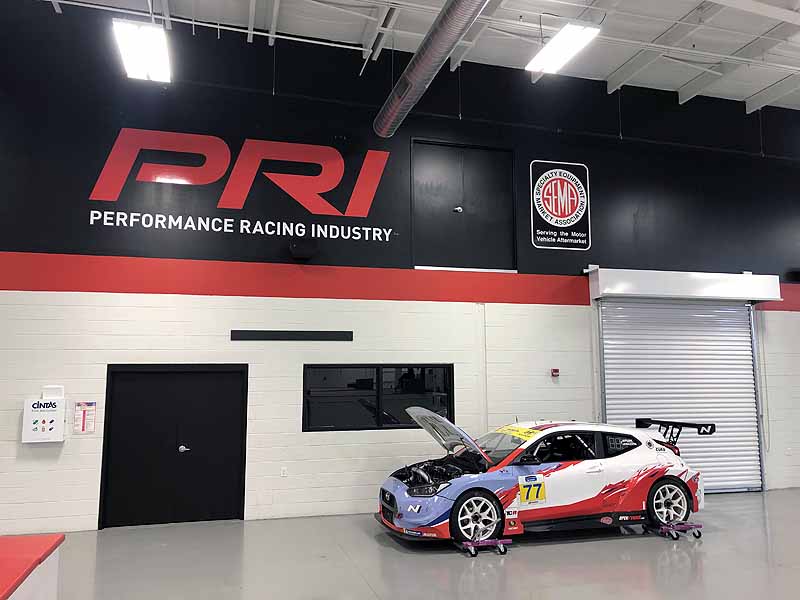 Performance Racing Industry (PRI) will open its new 42,500-square-foot Membership Headquarters in Speedway, Ind., on May 26 with a ribbon-cutting ceremony and grand opening celebration.

The exclusive, invite-only celebration comes just in time for this year’s Indianapolis 500, “The Greatest Spectacle in Racing.” The ribbon cutting will begin at 4 pm, followed by festivities that will include an IndyCar helmet display, silent auction, show cars, driver appearances, live paintings, and private tours throughout the newly renovated building and Bryan Herta Autosport race shop. 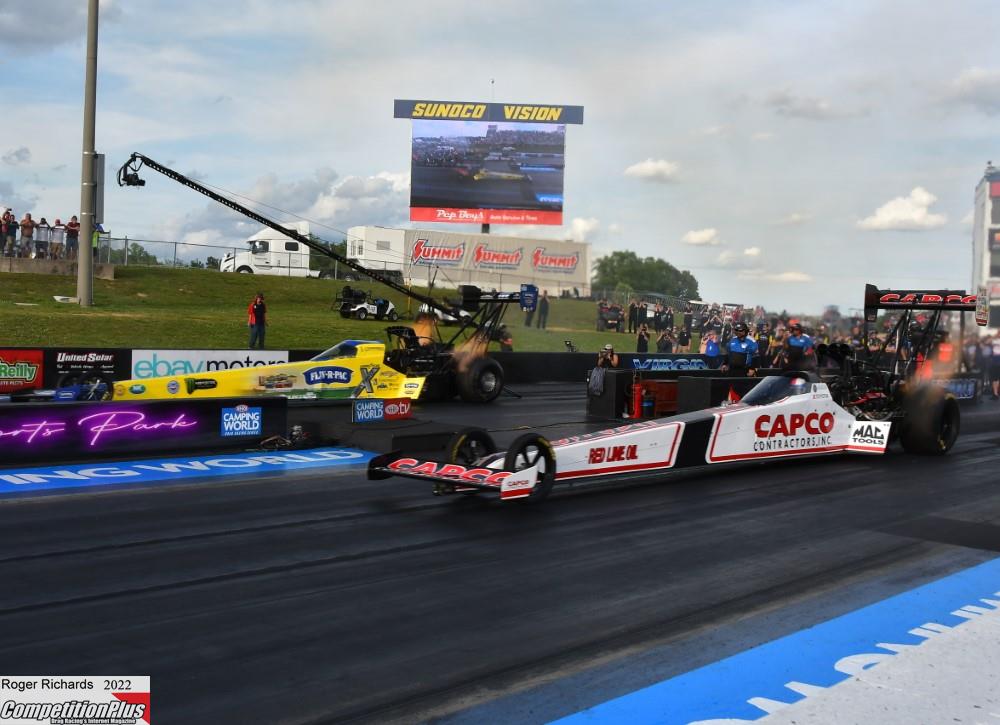 She seems like such a nice young woman, having studied to become a teacher and all.

And she has that big, famous Force smile.

HIGHT GETS BEST OF HAGAN AT VIRGINIA NATIONALS 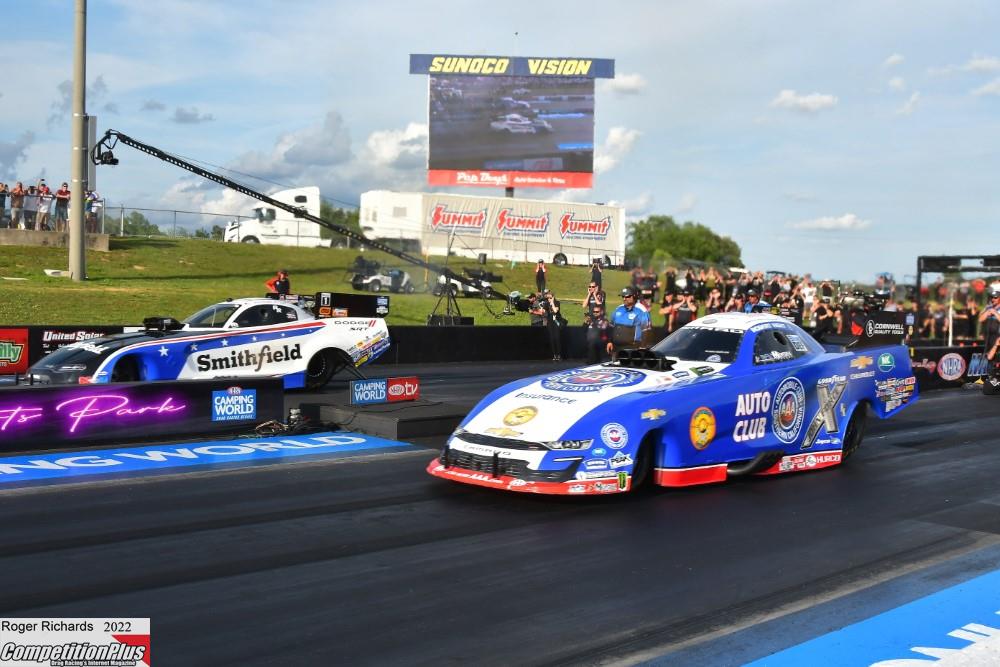 There are plenty of cheesy sayings about not giving up.

If at first you don’t succeed. When the going gets tough. Winners never quit.

Matt Smith has won a lot of races. He has collected a lot of poles. 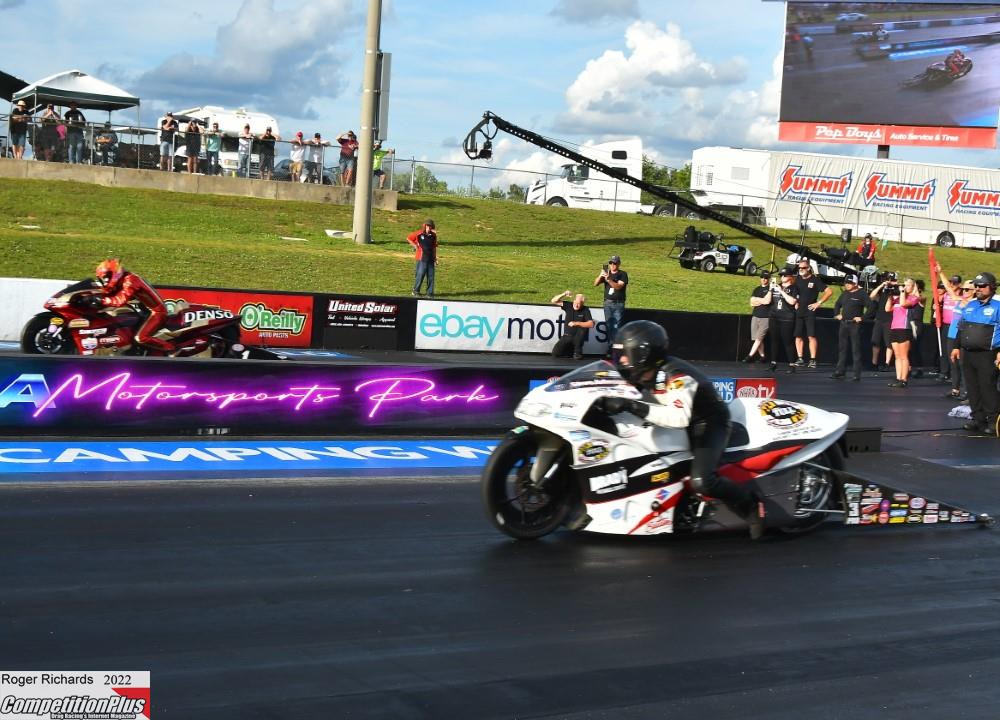 Until Sunday, however, none of those career marks had taken place atop a Suzuki. 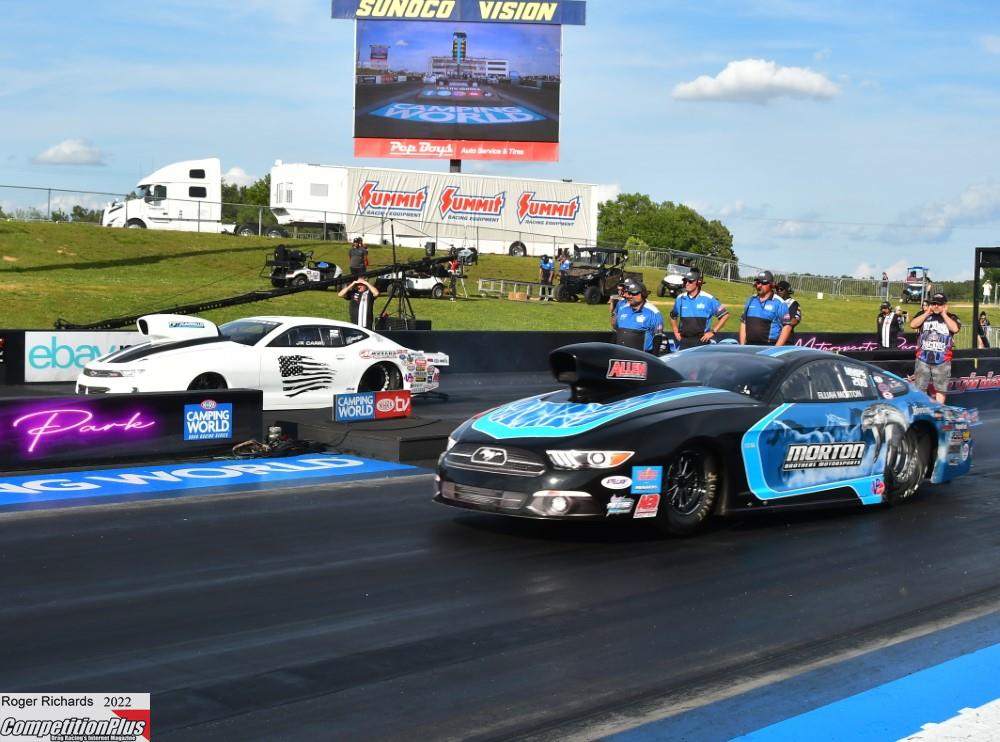 Well, they can't say he didn't give ample warning.

Friday, after Elijah Morton secured the provisional Mountain Motor Pro Stock No. 1 qualifying position, Morton admitted JR Carr came to him and said, "Enjoy it while I could because he's coming for me, but he's got to come to get it, so we'll see what happens."

Blame it on the rain for Carr not being able to do it in qualifying. But Carr made good on his promise on his last run of the weekend.

THE SCOTT PALMER - LARRY FRAZIER BOND HAS BEEN INSEPARABLE 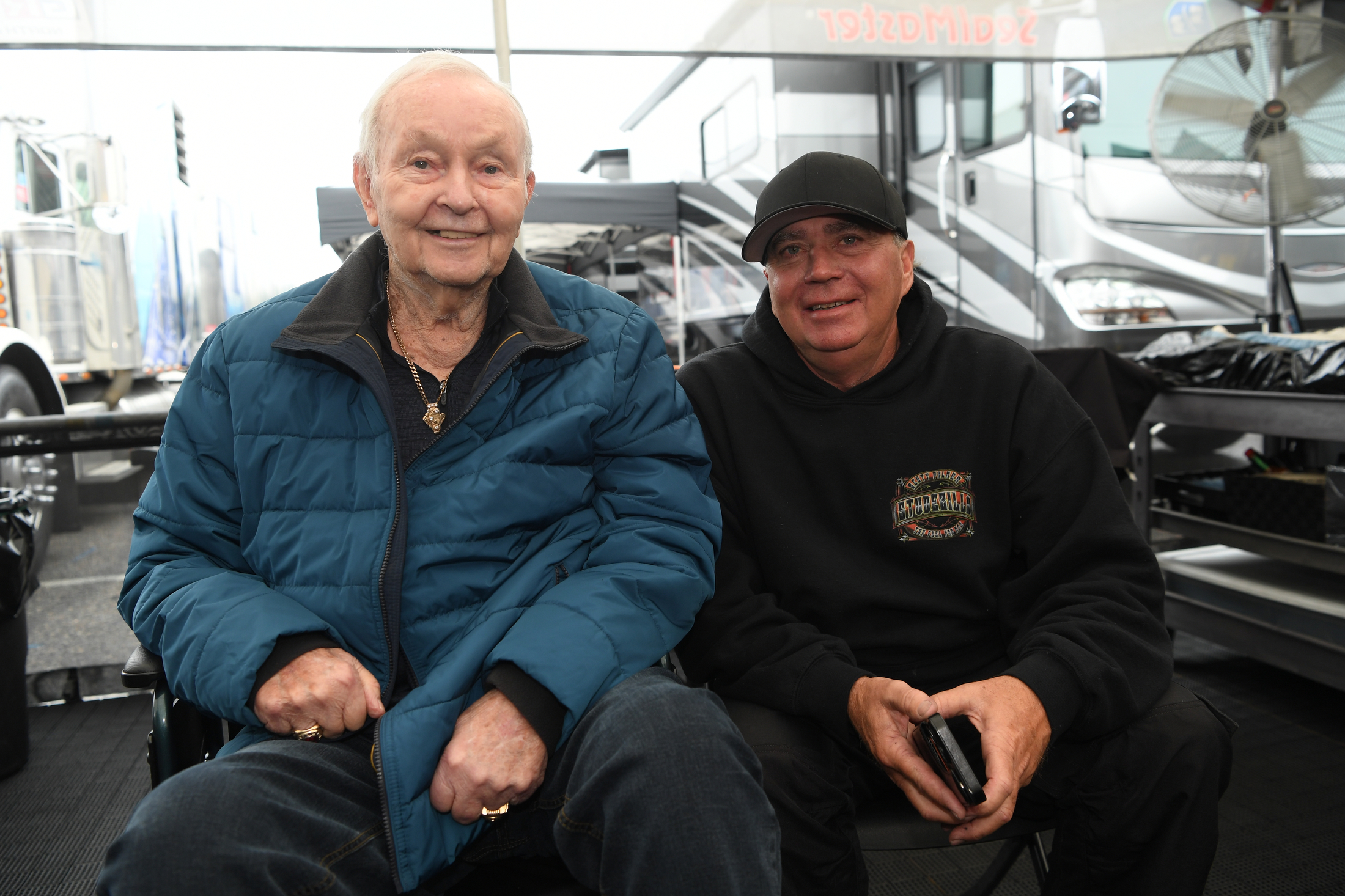 One look is all it took for the memories to flow for Scott Palmer.

Friday at the NHRA Virginia Nationals outside of Richmond, Va., Palmer looked over at the ropes at the edge of the pits, and there was a gentleman he credits for helping him make it in the rough and tumble world of Top Fuel.

Larry Frazier, whose tuning resume includes 16-time NHRA champion John Force and Doug Herbert, to name a few, also helped a wet behind the ears Palmer get his feet on the ground with the kings of the sport.

B. FORCE, HIGHT AND M. SMITH CAP OFF VIRGINIA NHRA NATIONALS WITH VICTORIES

Brittany Force finished off a dominant weekend that included track records and a No. 1 qualifier with an impressive Top Fuel victory on Sunday at Virginia Motorsports Park, helping John Force Racing to a Top Fuel and Funny Car sweep at the Virginia NHRA Nationals. 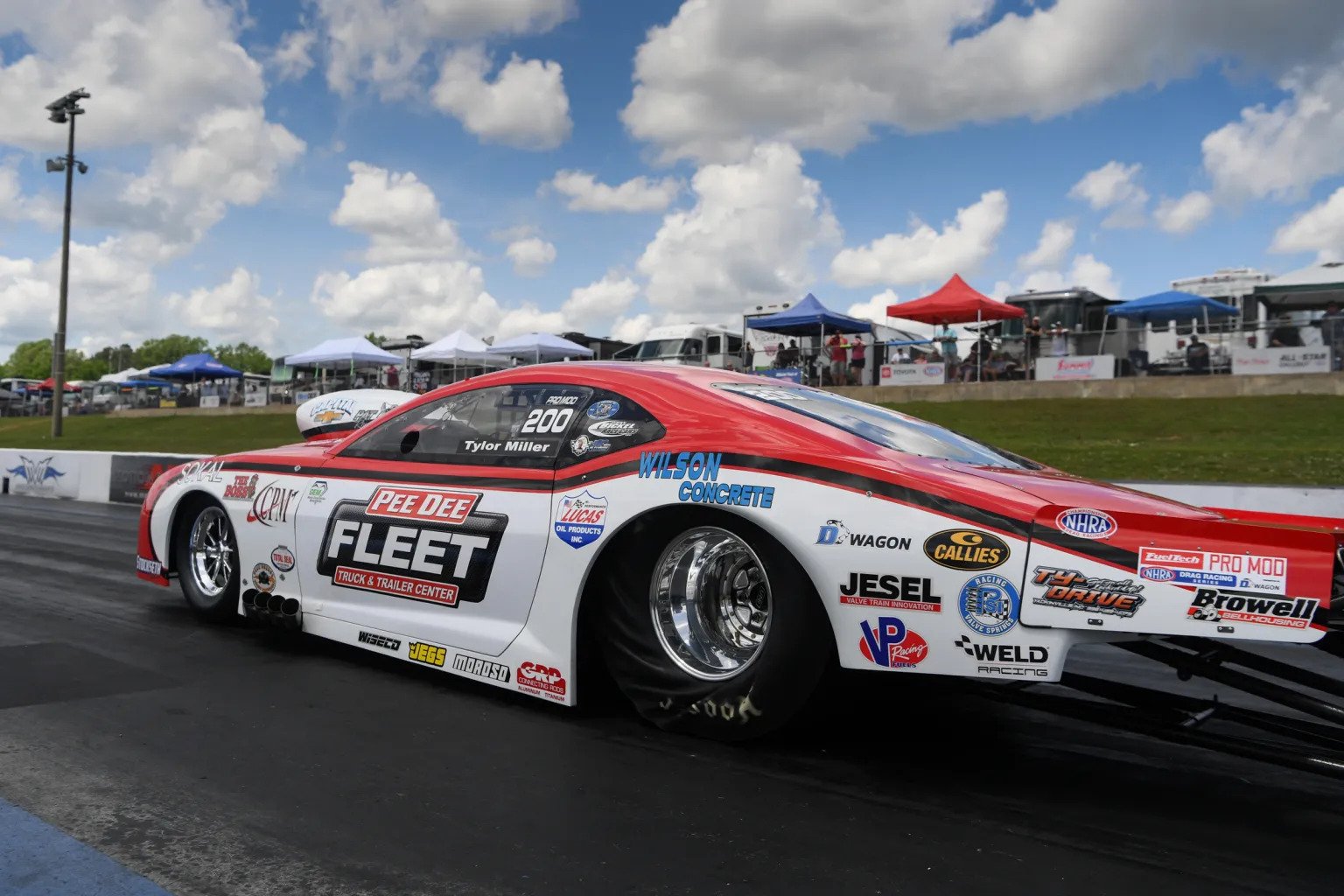 Tylor Miller picked up his first career win in just his third career start in the FuelTech NHRA Pro Mod Drag Racing Series presented by D-Wagon, racing to an impressive victory on Sunday at Virginia Motorsports Park as part of the Virginia NHRA Nationals.

The event, which was powered by LAT Racing Oils, was the third of 10 races during the 2022 FuelTech NHRA Pro Mod Drag Racing Series presented by D-Wagon season.